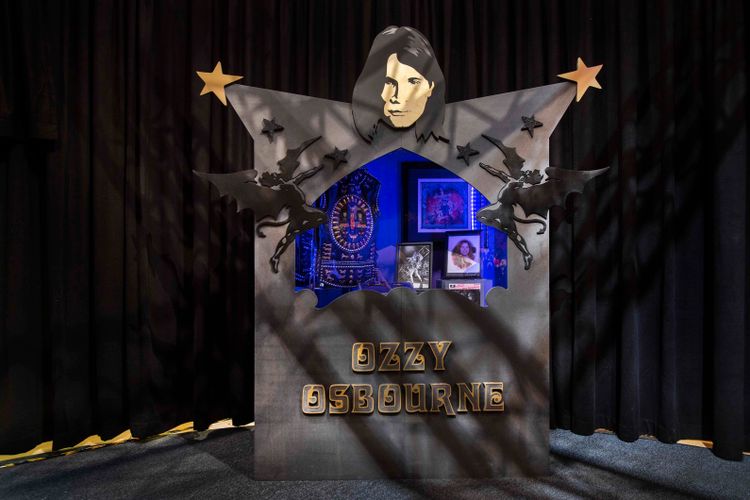 
Black Sabbath have gone down in music history as heavy metal trailblazers, prompting teenagers and adults alike across the world to grow their hair, thrash around and headbang to classic hits such as Heaven and Hell. An exhibition celebrating the band’s birth 50 years ago in Aston, Birmingham, launches at the Birmingham Museum & Art Gallery as part of the Home of Metal project. Frontman and reality TV star Ozzy Osbourne, along with other group members such as guitarist Tony Iommi, have contributed to Home of Metal: Black Sabbath-50 Years (26 June-29 September). Key items include Osbourne’s Crucifix and Iommi’s home studio, plus stage outfits and paraphernalia. Black Sabbath fans will also be plastered across the show, with 3,000 portraits of the group’s most fanatical followers on display.

Meanwhile, artist Alan Kane has organised another Home of Metal show at the New Art Gallery Walsall. Alan Kane: 4 Bed Detached Home of Metal (until 1 September), brings together works by artists such as Jeremy Deller, Sarah Lucas and David Shrigley in a specially designed Metal Lounge. “Collections belonging to Midlands metal fans are also on display within domestic environments. These include Kayleigh’s collection focusing around US band Halestorm and nine-year-old Millie’s collections of skulls and rocks,” a gallery statement says.