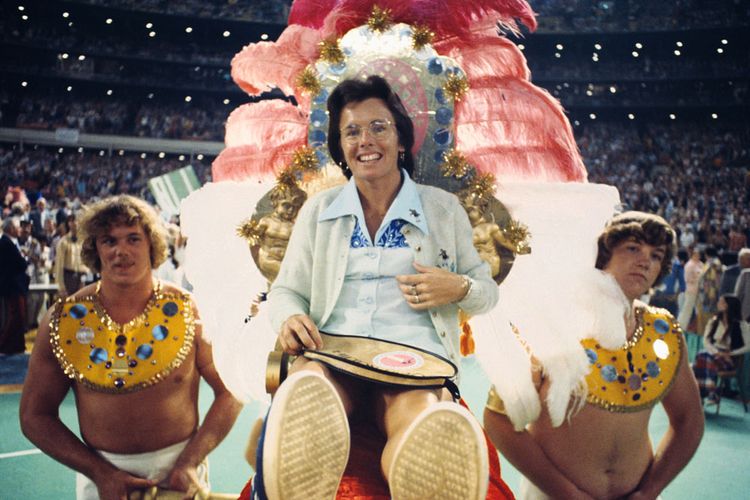 
Billie Jean King was carried into the Houston Astrodome to play Bobby Riggs in the “Battle of the Sexes” match, which an estimated 90 million people around the world watched on 20 September 1973
Bettmann Archive/Getty Images


Tennis fans will see more than matches at the US Open this year thanks to the New-York Historical Society, which has staged the photography exhibition Billie Jean King: The Road to 75 on-site at the Chase Center. In 2016 King gifted her archives to the society, including several of the 75 photographs on view, which capture moments like her grand entrance on palanquin to the “Battle of the Sexes” match in 1973, which she went on to win against Bobby Riggs, and a 1983 snapshot with the feminist icon Gloria Steinem and the astronaut Sally Ride. The show celebrates King’s achievements, including 39 Grand Slam titles and a presidential medal of freedom, and her 75th birthday on 22 November. “I deeply support the center’s mission to educate visitors about women’s achievements, and I am proud to be in the company of other history-makers featured at New-York Historical,” King says. The US Open is a fitting site for the travelling exhibition, as King, a women’s and LGBTQ+ rights activist, successfully pushed for the tournament to give equal prize money to men and women in 1973.