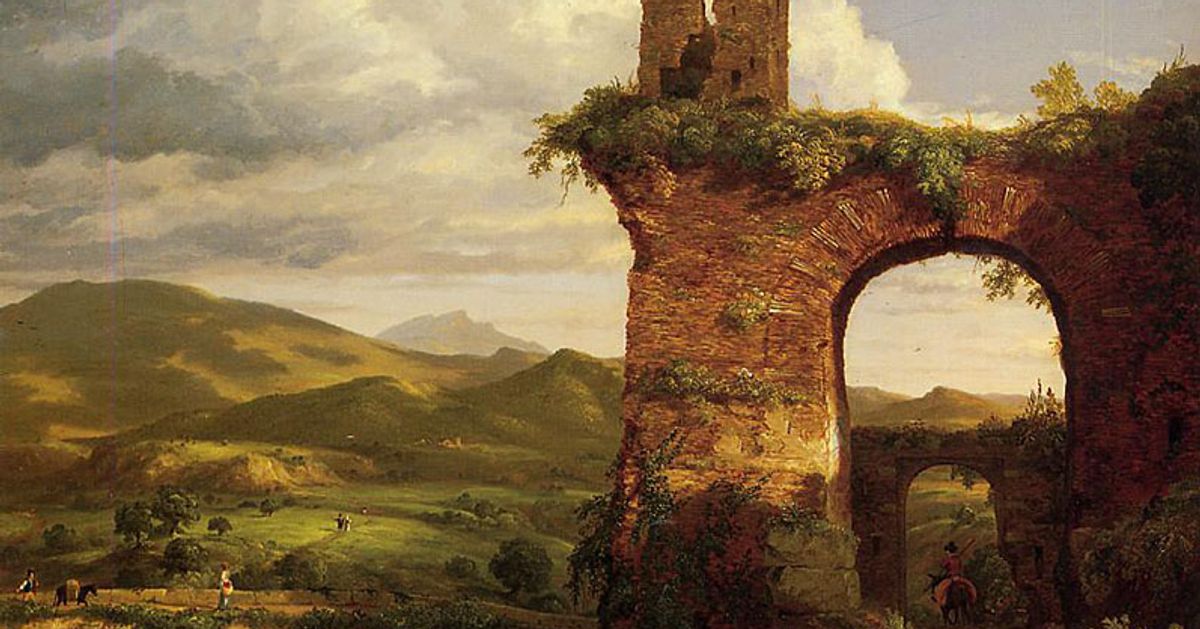 Weeks after the Newark Museum of Art controversially sold off a seminal work by Thomas Cole, the Philadelphia Museum of Art announced today that it would display the painting, The Arch of Nero (1846), on long-term loan. The work will be borrowed from the Thomas H. and Diane DeMell Jacobsen PhD Foundation of Saint Louis, which swept in to acquire it in on 19 May at an auction at Sotheby’s.The painting, which the foundation purchased for $988,000, including fees, will be placed on view in the Philadelphia museum’s American galleries beginning on 2 July. Critics had lambasted the Newark institution for selling the work, saying that it was painted at the height of Cole’s powers and attested to political tensions of the era, including the gains made by slaveholding states and a perceived threat to American democracy. They also faulted the museum for deaccessioning other works that could arguably be considered critical to American art history.The Newark museum countered that it needed the funds for collections care and that it was seeking to update its art holdings to present a fuller picture of history and correct what its director, Linda Harrison, characterised as “outdated and harmful narratives”. The institution also emphasised that the American 19th-century works in its collection depicting the European landscape were particularly deep.The painting depicts an arch that was part of an ancient Roman aqueduct near Tivoli in Italy that Cole, known as a core member of the Hudson River School, sketched on a European sojourn in 1832. The Philadelphia museum says that the arch, ravaged by the passage of time by the 1800s, was symbolically suffused in Cole’s reckoning by the violent and decadent rule of the emperor Nero (AD54-68), thus reflecting the artist’s concerns about the “erosion of republican values” in a still-young America.The Jacobsen Foundation’s mission includes researching American masterpieces, sometimes restoring them and arranging long-term loans to museums and for travelling exhibitions. The Philadelphia museum says the painting will be presented in context with works by Cole’s fellow Hudson River School peers as well as other prominent examples of mid- to-late-19th-century landscapes.