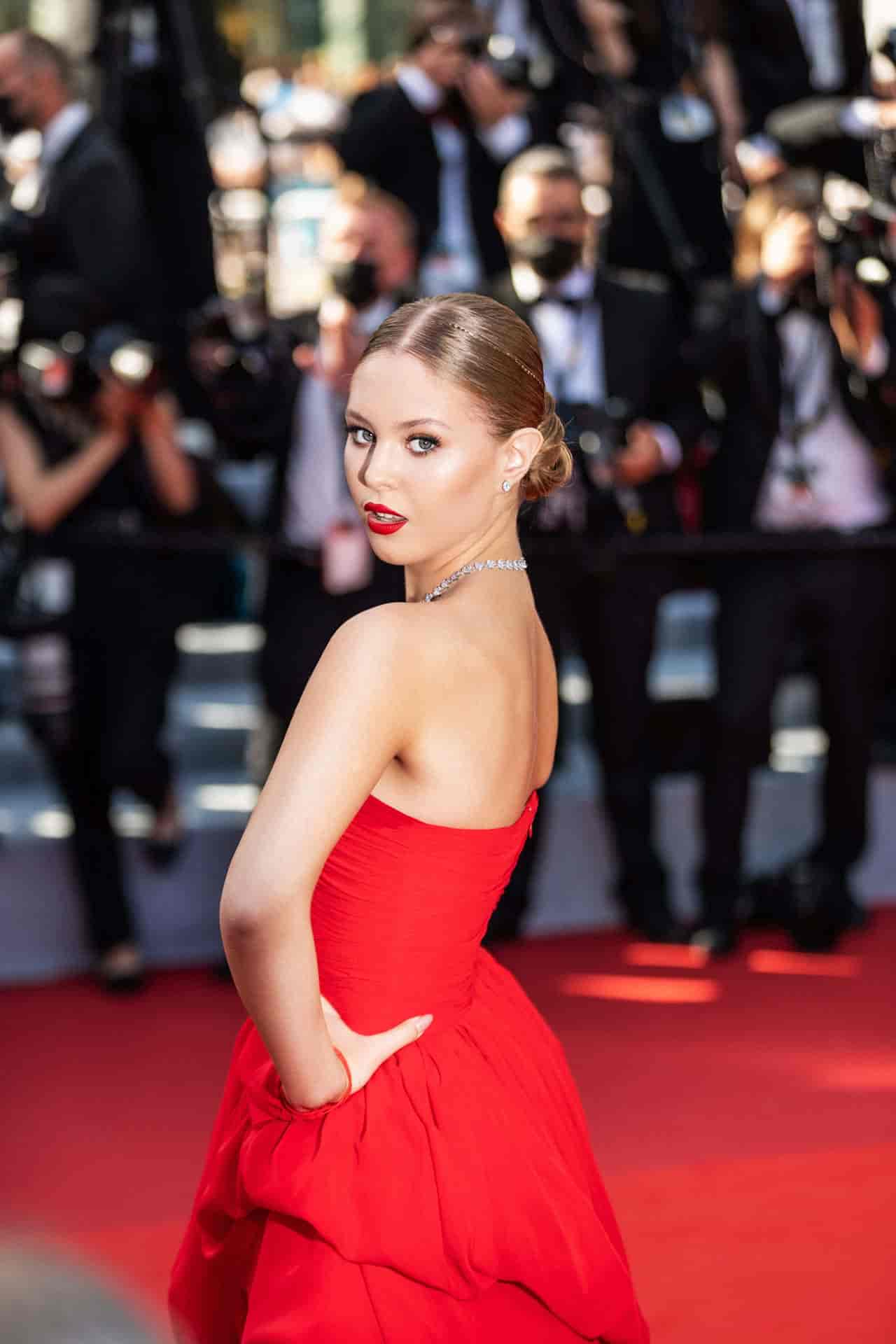 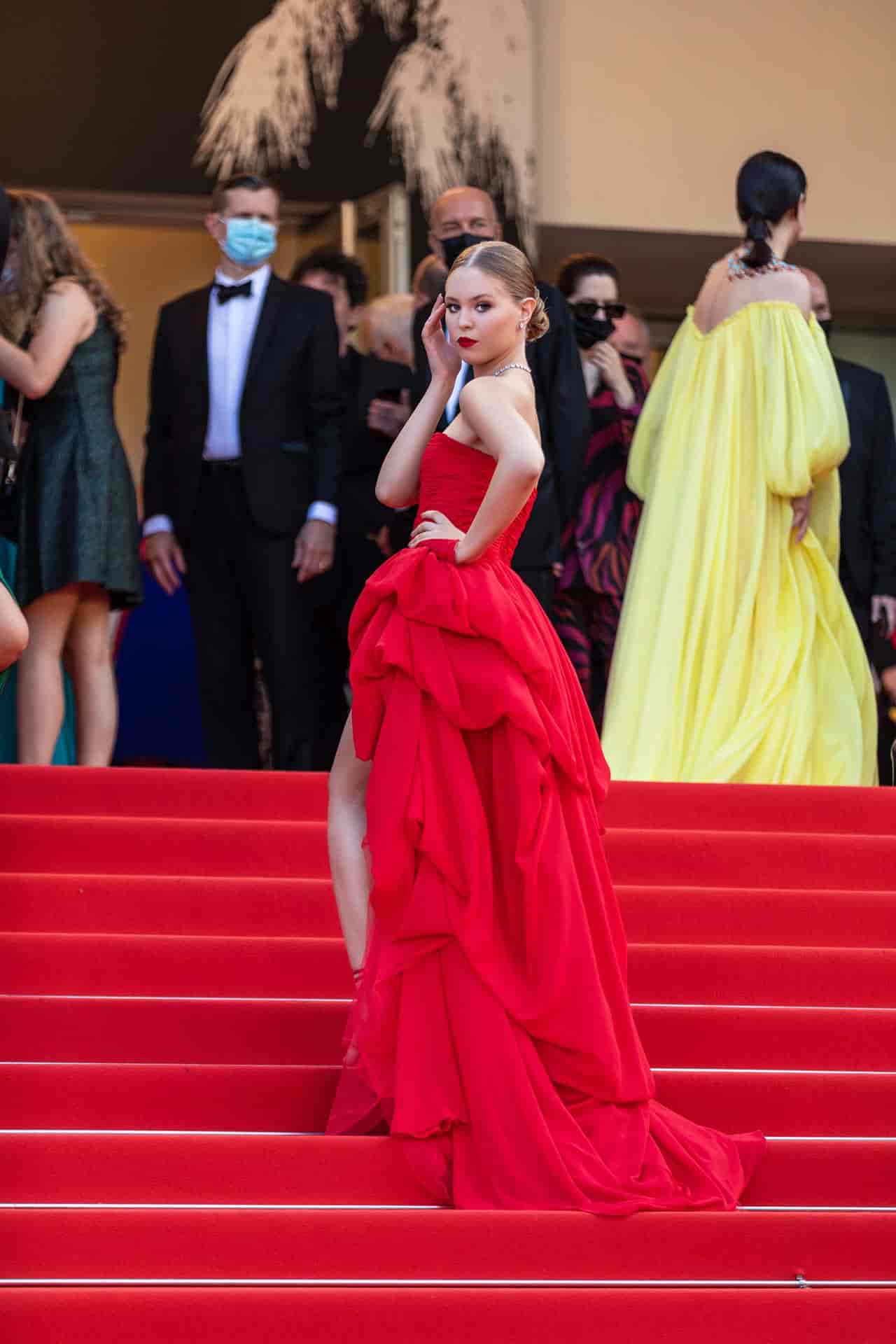 Quite a few Ukrainians were seen at the Cannes Film Festival this year. One of the few guests from Ukraine was Anastasiia Bondarchuk, who was truly shining on the red carpet. 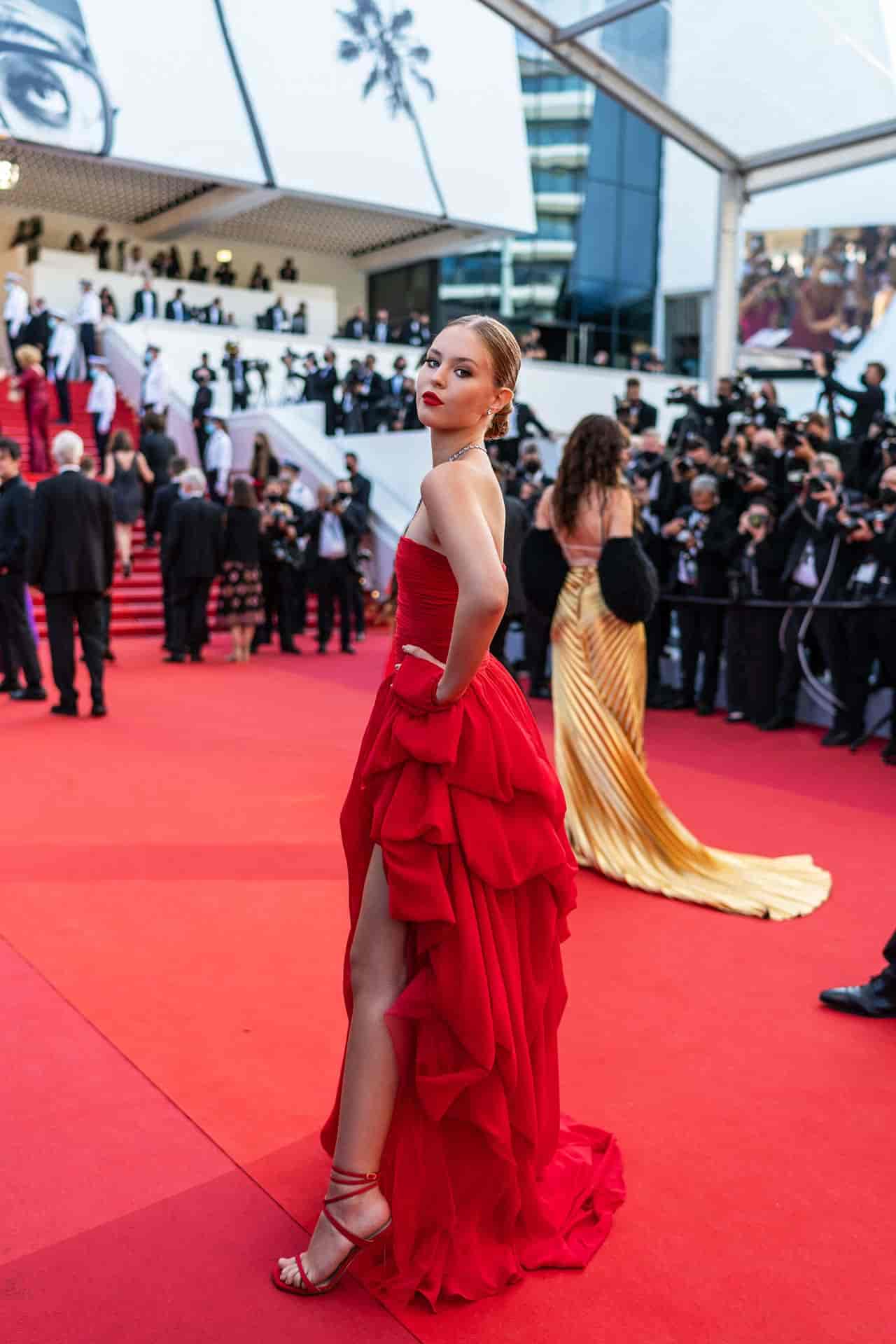 Anastasiia Bondarchuk is a model who has repeatedly been on the cover of the world’s top-rated glossy magazines, such as L’Officiel, Elle … She also recently starred in the short film “The Incident at Wall Street Hotel.” We remind you that her partner on the set was the actor Eric Roberts, who is also an Oscar nominee. 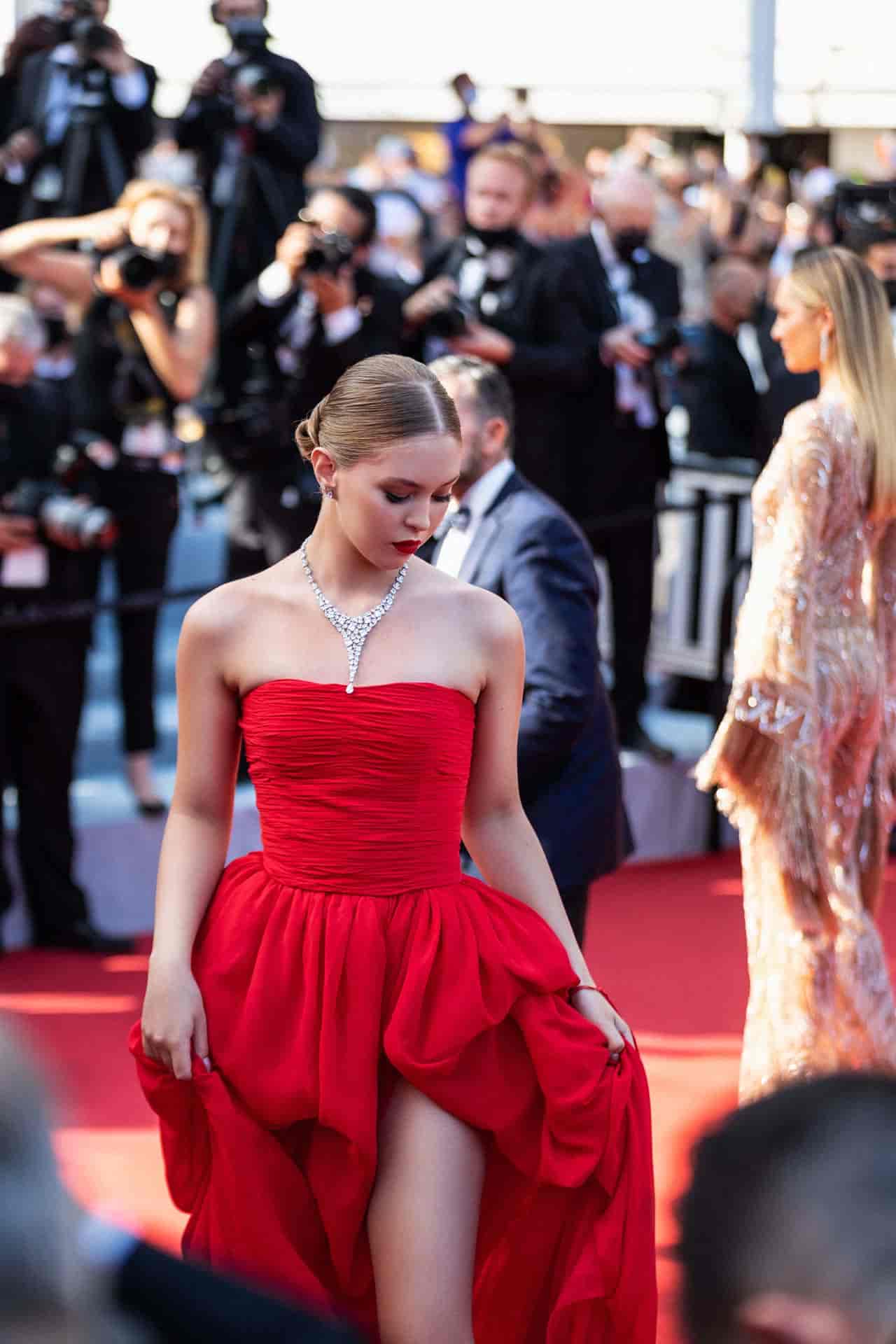 Anastasiia was wearing an outfit from her own brand, the name and launch of which she had not yet officially announced. However, according to our sources, Anastasiia will soon launch her own clothing brand. Anastasia was wearing a bright red dress. Stuart Weitzman shoes can be seen on Nastya’s feet. Which jewelry brand she wore was not announced, but we are aware that the girl recently starred for the cover of Harper’s Bazaar, and Chopard became one of the shooting partners. Who knows, maybe Anastasia wore jewelry of this brand at the opening ceremony of the Cannes Film Festival. 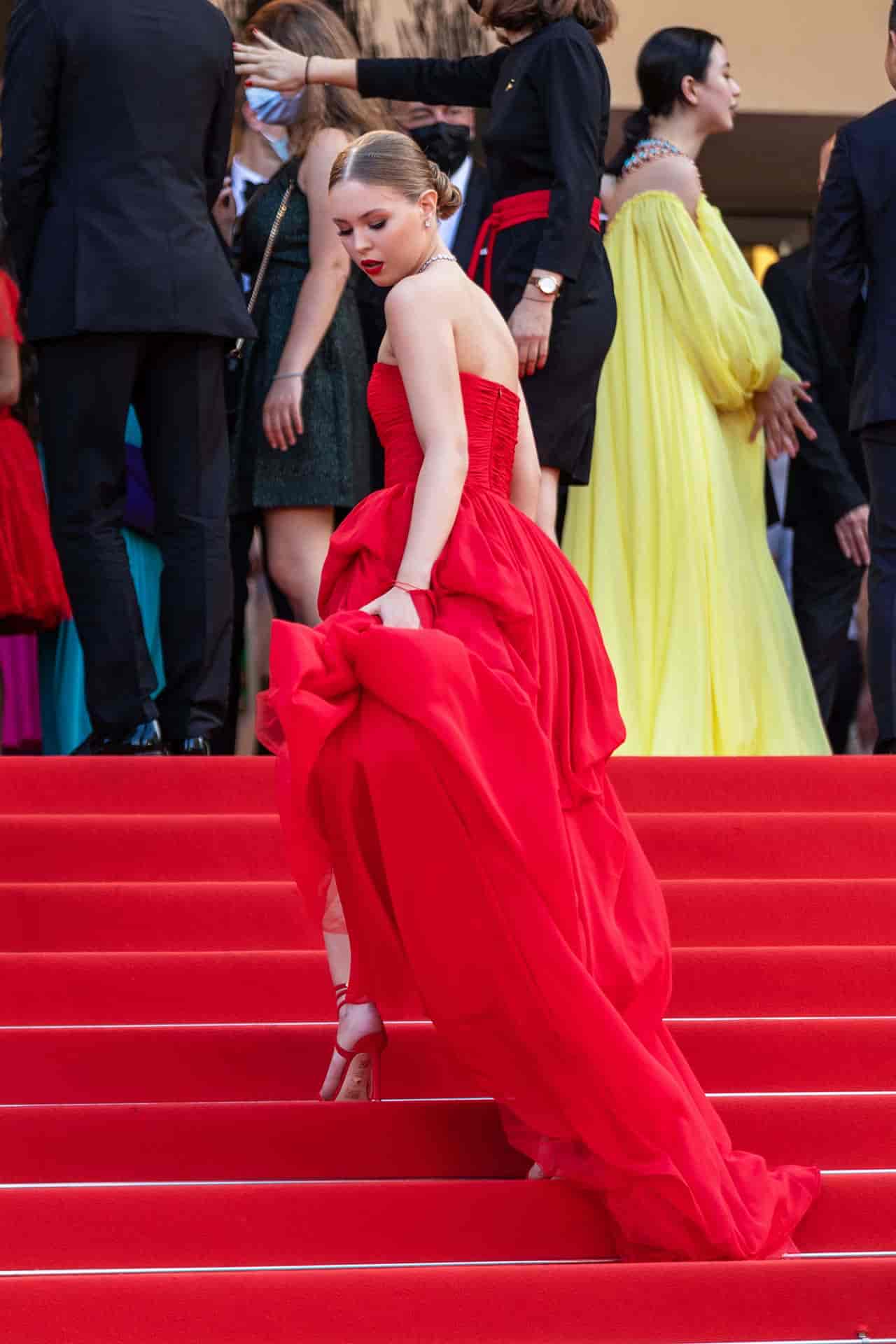 Anastasiia was accompanied by her producer Elvira Gavrilova at the Cannes Film Festival. Her mother, Natalya Bondarchuk, was also spotted on the red carpet. She was shining on the red carpet as brightly as Hollywood stars.

What happens if you cross breast milk with celluloid? Enter the weird world of handmade film
Even past the pandemic, New York museum directors plan to continue collaborative conversations
To Top
error: Content is protected !!
Top