Art in the time of airstrikes: Yemeni artists urge international donors for support 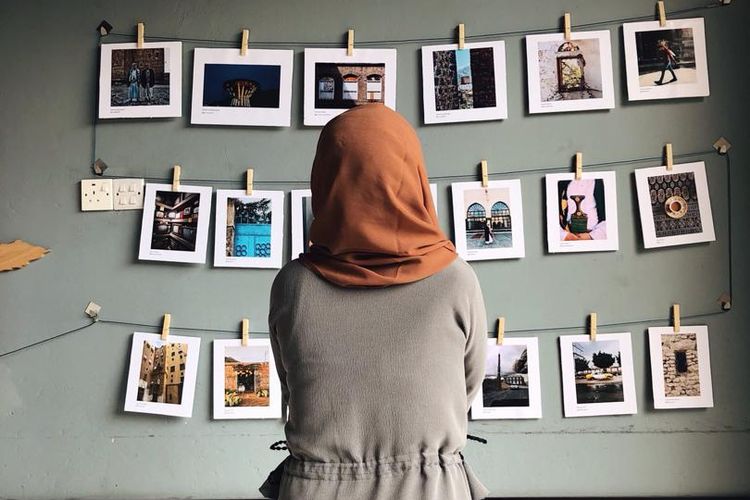 Artists in Yemen are continuing to make and share work, but struggle with little support from international donors and none from their own government in the throes of civil war, according to the Yemeni filmmaker and musician Ibi Ibrahim. He is one of six Yemeni artists, along with four Syrian artists, speaking at a British Museum symposium this Sunday about making art in the two war-torn countries.

Ad hoc photography shows and creative workshops continue in the city of Sana’a—which is controlled by the Houthis, an armed Islamist group—despite frequent airstrikes, Ibrahim says but he adds that international help is vital. The artist himself moved from Berlin back to Yemen last year to found the Romooz Foundation, which has organised exhibitions with works by Yemeni artists in Berlin and Beirut, as well as informal “presentations” in Sana’a.

The speakers at the British Museum’s day-long presentations, part of the Shubbak Festival of Contemporary Arab Culture, include the Yemeni street artist Murad Subay—who will take time out of his London visit to make a mural about the arms industry—and the first female Yemeni film producer, Khadija Al-Salami. The Damascus-based painter and sculptor Fadi Yazigi is among the Syrian participants.

“They are a wonderful group of innovative artists working in all manners of different media from installation to street art,” says Venetia Porter, the British Museum’s curator of Islamic and contemporary Middle Eastern art. “It is important for us to meet them and hear directly about their work  and where and how they exhibit and communicate what they do.”

The Paris-based art historian Anahi Alviso-Marino has studied the work of an overlooked generation of Yemeni artists who went to the Soviet Union for training in the 1970s. At the symposium, she will present the work of Sara Ishaq, a film director and producer born in Scotland and raised in Yemen.

With artists increasingly turning to film and photography, which often happens in conflict zones as a way to document events, the Romooz Foundation has exhibited prints of “phone art” shared on Instagram, shown in a Sana’a café space. “Even if you put on a very small exhibition, even with 20 modestly printed photographs, you are inspiring other people to keep working and developing,” Ibrahim says.

Ibrahim’s journey to London for the symposium involved a 15-hour overland journey through multiple checkpoints from Sana’a to Aden. People in Sana’a use Facebook groups to check where airstrikes have landed and the city’s airport has been closed for three years. Despite this Romooz Foundation recently hosted a forum of 13 writers who travelled from all over the country to gather together in Sana’a. Further projects are on hold pending funding.

Institutions and art venues in Sana’a have also suffered during the war. The National Museum of Yemen in Sana’a has been closed since the start of the conflict in 2015 and European cultural organisations have also shut spaces previously used for art shows. International donors that have continued to support Yemeni work include Lebanon’s Arab Fund for Art and Culture and the Netherlands’s Prince Claus Fund for Culture and Development.

“There is an essential need for what we are doing; in times of war or conflict artists become a mirror to society,” Ibrahim says. “At the end of the day it is about putting forward other narratives. If there is no culture there is no democracy.” He adds that while the art community is active, “there is no support from the government and barely any support from international donors”.

Subay, who was recently taking part in a residency at the University of Marseille in France, echoes this message. “International support is one of the most important things,” he says. “At some point, this war will end and there is going to be a call for an art scene in the country.  We should not leave [the art scene] to fall into frustration or into the hands of a religious party because [artists] do not have money.  We should not leave [artists] alone.”