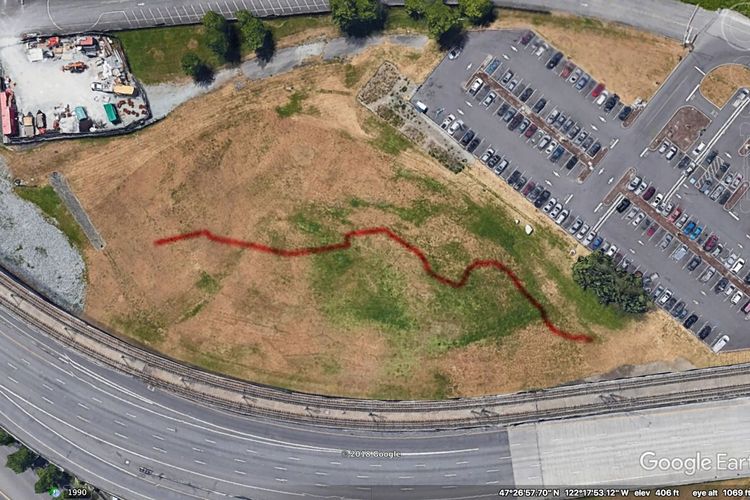 
To signal her opposition to the creation of a US-Mexico border wall, the New York-based artist Molly Gochman has fashioned one of her own: a 350-foot-long earthwork that will go on display at the Seattle-Tacoma International Airport on 3 August and be visible to travellers in flight and on the ground.

Gochman says that the work, Red Sand Project: Border US-MX, previously on view at the international airport in Houston, is intended to start a dialogue on human trafficking, immigration and the effects of political maneuvering on individuals and communities. “We need empathy because it diminishes the sense of otherness among people and drives social change,” she says. The installation, which will remain at the airport for a year, is timed to the Seattle Art Fair and will be associated with programming developed with Seattle nonprofits such as Refugees Northwest and NW Immigrant Rights Project.

More broadly, Gochman’s ongoing Red Sand Project offers toolkits with packets of red sand that allow people to physically engage with the artist’s campaign to combat human trafficking and enslavement. “When you see online or read in a pamphlet that more than 40 million people are enslaved today, that can feel very overwhelming, and it’s easy to put to the side,” she says. When people participate, “then you’ve created a more robust connection to the subject”.

Sotheby’s goes private as it is sold for $3.7bn
Artist copyright infringement suit heads to US Supreme Court
To Top
error: Content is protected !!
Top