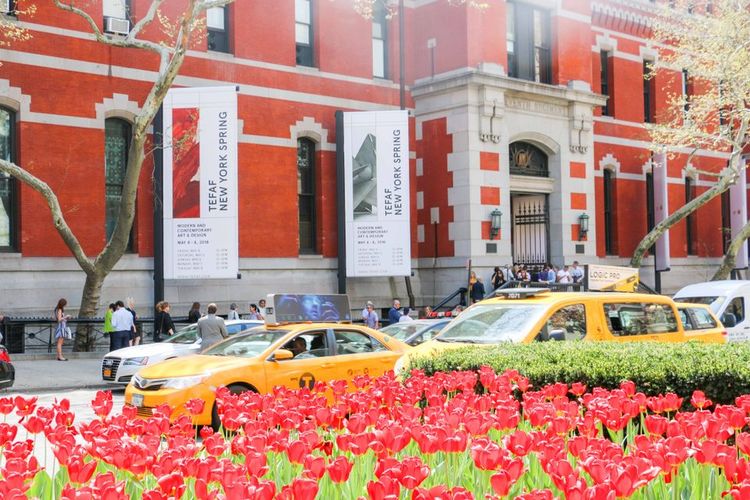 
The US-based art advisory and investment firm Artvest will sell its 49% ownership stake in Tefaf New York to The European Fine Art Foundation (Tefaf), the Dutch non-profit with which it co-founded the bi-annual fair. Effective immediately, the sale marks the end of a legal tug-of-war between the two entities following the termination of a two-year contract that brought the management of Tefaf’s New York fairs in-house last July.

The sale comes just a week before the third edition of Tefaf New York Spring is due to open at Manhattan’s Park Avenue Armory (2-7 May). Artvest owners Jeff Rabin and Michael Plummer partnered with the Dutch fair group to bring a version of the pre-eminent Old Masters Maastricht-based event stateside in October 2016, while expanding its client base with the creation of a more modern-focused Spring edition that launched in May 2017.

Though the terms of the sale are confidential, it brings the two fairs under complete ownership and direction of Tefaf. Plummer confirms that Artvest will no longer hold positions on the board or have any ongoing management or consulting affiliation with Tefaf New York, which he and Rabin maintained since the termination of the contract last summer.

“We were pleased at how quickly we were able to adapt the Tefaf brand to American sensibilities and how warmly it was embraced by both the global and local art communities,” Plummer says, adding that the fall and spring editions of the fair have quickly become “important cultural events as well as commercial ones” in New York.

Tefaf Maastricht had long sought a stronger US collector base, but the foundation lacked both an appropriate venue and time frame to insert itself into New York’s already cramped roster of fairs. Artvest already owned existing art fairs, held in October and May, in the venerable (and coveted) Armory building.

In 2016, subsidiaries of both Artvest and Tefaf joined together to create Tefaf NYC for the express purpose of managing two new fairs in place of Artvest’s previous events. Plummer and Rabin supplied a value of $3m and $405,000 in cash to hold a minority stake of 49% and seats on the fairs’ board. According to the agreement, Artvest would receive a management fee of $24,000 per month and an annual rate of $400,000 with respect to the period commencing on 1 July 2016 and ending on 30 June 2018”, only to be extended at Tefaf’s “sole discretion”.

The tussle over ownership of the fairs started when, toward the end of the agreement, Tefaf sought a declaratory judgment from the New York Supreme Court to ensure it was under no legal obligation to employ Artvest for management services after that date. In response, Artvest sought a preliminary injunction to stop the Dutch fair group from terminating its management rights, claiming that to terminate the agreement, which includes a five-year non-compete clause prohibiting Artvest from engaging in any subsequent fair-related business, Tefaf must follow a prescribed buy-out procedure.

Though the injunction was denied last May, Artvest quickly appealed the decision, claiming the firm would be “irreparably harmed by the deprivation of its bargained-for management and ownership rights, by the damage to its reputation, goodwill, business opportunities and relationships in the New York art market.” As of March, however, representatives of both parties confirmed that negotiations were underway to resolve the dispute without further litigation.

“Tefaf is extremely grateful to Jeff Rabin and Michael Plummer for all of their great work in laying the critical foundation for our successful expansion here in New York,” Nanne Dekking, the chairman of Tefaf, says in a statement. “In very short order, together Artvest and Tefaf created one of the best operational teams in the fair Industry, two of the most beautiful and successful fairs in the Americas and integrated them into the cultural and collecting fabric of New York and the US at large.”

Regional institutions dominate shortlist for £100,000 Museum of the Year award
Nancy Holt’s desert Sun Tunnels will be cleaned and repaired—but the bullet marks are staying
To Top
error: Content is protected !!
Top