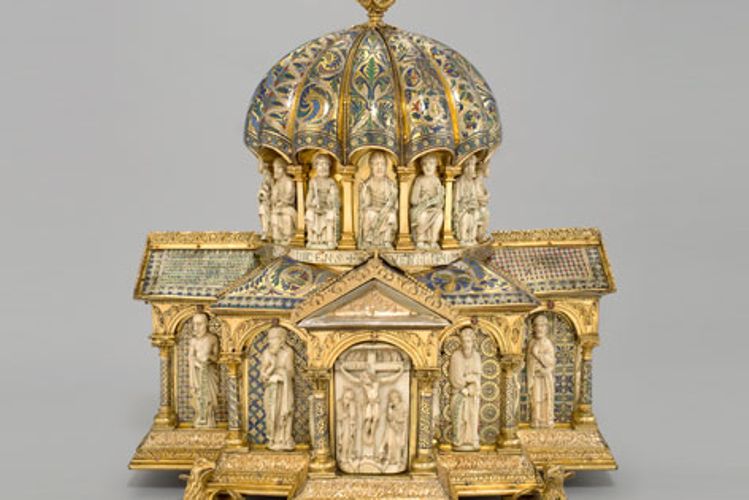 
The Prussian Cultural Heritage Foundation, the organisation that oversees Berlin’s state museums, says it will appeal to the United States Supreme Court to dismiss a claim for the Guelph Treasure filed by the heirs of a consortium of Jewish art dealers who say they sold the artefacts under duress in the Nazi era. The heirs say the treasure is worth at least €200m.

The US Court of Appeals for the District of Columbia Circuit last week rejected an appeal by the foundation, paving the way for a trial to go ahead. The Prussian Cultural Heritage Foundation (SPK) argues that the case does not belong in a US court and jurisdiction should remain in Germany.

“The SPK is convinced that this was not a sale under duress due to Nazi persecution,” the foundation said in a statement. “It views these claims as unfounded. Regardless of this, the SPK is of the opinion that this case—concerning a historic transaction between Germans in Germany— shouldn’t be heard in a US court.”

The case involves one of Germany’s biggest restitution claims so far. The Guelph trove, known in German as the Welfenschatz, is now part of the Berlin Kunstgewerbemuseum (Applied Arts Museum) collection. It comprises 42 pieces dating from the 11th century to the 15th century, primarily precious gem-encrusted reliquaries and crosses. The most valuable is a 12th century domed reliquary, shaped like a church and made of gold, copper and silver with figurines of biblical characters fashioned out of walrus tusk.

The hoard’s first home was the cathedral in Braunschweig (Brunswick). It was added to over the centuries by the House of Guelph, a royal lineage whose descendants include Britain’s Queen Elizabeth II and Princess Caroline of Monaco’s husband, Ernst August of Hanover. It entered the royal dynasty’s possession in 1671.


The Guelph family’s reign over the principality of Braunschweig ended during the First World War, and in the 1920s its members tried to sell the Guelph treasure. They sold 82 items to a consortium of Frankfurt art dealers in 1929. In the following years, 40 pieces were sold to museums and private collectors. In 1935 the Prussian state, whose leader was Hermann Goering, paid 42.5m Reichsmarks for the remaining treasure.

In 2014, the German Advisory Commission on Nazi-looted art rejected the heirs’ claim saying the sale “was not a compulsory sale due to persecution” and that the loss suffered by the dealers on its sale reflected the art market after the world economic crisis. The claimants say this view distorts the experience of Jews living in Germany after the Nazis seized power.

“The SPK’s desperation to avoid scrutiny of a ‘sale’ in 1935 by Jews to Hermann Goering speaks for itself,” says Nicholas O’Donnell of Sullivan & Worcester in Boston, who is representing the claimants. “The SPK’s latest press release is just another instance of Germany pretending to care about the issue of Nazi-looted art while doing everything it can to stand in victims’ and heirs’ way and run down the clock until another generation passes away.”

Love is in the air at the Art Car Boot Fair
Critic’s pick of the Yorkshire Sculpture International
To Top
error: Content is protected !!
Top