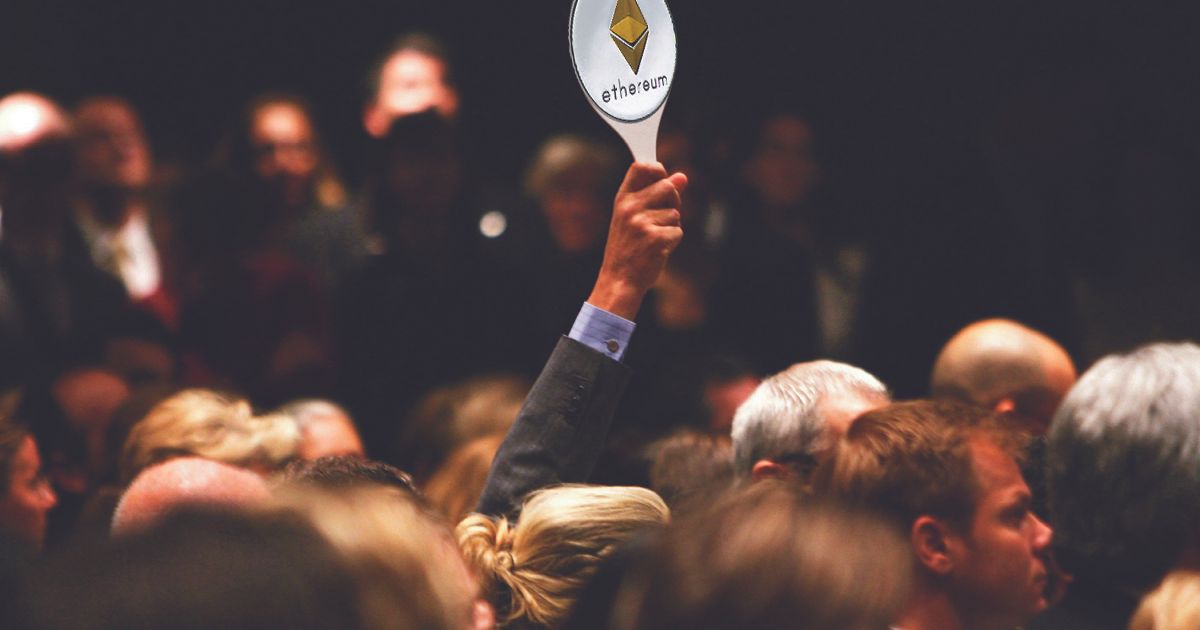 Ether will be accepted at a forthcoming Christie’s auction

Christie’s is making its “first foray” into cryptocurrency by accepting Ether (ETH), the currency of the Ethereum network, as a payment option in an auction later this month.The auction house will allow the digital currency to be used to buy Beeple’s Everydays: The First 5000 Days (2021), which will be on offer in a single-lot sale running from 25 February to 11 March. The work is a pixellated, purely digital work, comprising 5,000 images created daily since 1 May 2007. This makes the sale a double game-changer for Christie’s as it is also the first major auction house to be offering a standalone NFT (Non-Fungible Token) work of art.“To our understanding, ETH is the favourite currency of NFT collectors and we want to make this transaction as simple and as attractive as possible for that established audience,” says Noah Davis, a specialist in post-war and contemporary art at Christie’s New York. “It’s the perfect opportunity to explore cryptocurrency because we have the perfect seller who is happy to receive payment in ETH.”Beeple, whose real name is Mike Winkelmann, has expressed “genuine, hysterical excitement” that Christie’s is proposing ETH as a payment option, Davis says. The auction house is using the Gemini cryptocurrency platform, which would be reliant on a buyer having an Ethereum wallet. The buyer of Beeple’s digital piece will essentially own “a long series of numbers and letters that resides in a digital wallet”, Davis says, and will receive a “giant jpeg that represents the spirit of the artwork”. Christie’s decided to test out cryptocurrency after Nifty Gateway, a marketplace for digital works of art, auctioned 20 pieces by Beeple for $3.5m in December. “That was a clarion call for us,” Davis says, adding that collectors expressing interest in cryptocurrency tend to be American millennials.“This could be revolutionary for our business or a one-time experiment. In the future, it’s important for us to be flexible in the way our clients can pay us and [cryptocurrency] could initiate payment to the seller quicker because of the ease of moving cryptocurrency around,” Davis says. It is unclear whether adopting cryptocurrency would abet or hinder money-laundering. “There is evidence of very savvy, nefarious people using cryptocurrency but it also provides a lot more transparency and that could improve our standards and protocols rather than weaken them.”The move comes after Christie’s made inroads with blockchain technology in 2018. For the auction of Barney A Ebsworth Collection the auction house collaborated with the blockchain company Artory to register the transactions. It was the first time that an auction was recorded on blockchain.Nanne Dekking, the chief executive officer and founder of Artory, which is used for trade and authentication of art, says: “Cryptocurrency in the end is just a payment method. As long as proper due diligence is done about the legal entity transacting, it is up to the art market place to decide whether it will accept the currency.”