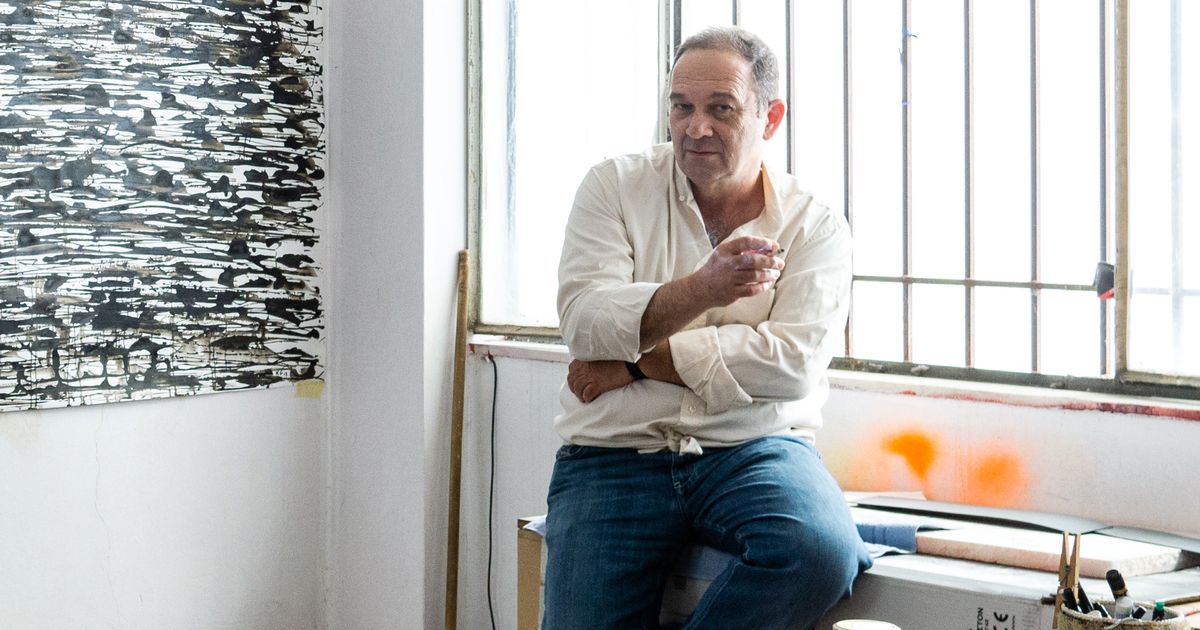 The contemporary Greek artist Kornelios Grammenos died suddenly this week, aged 62. The news was confirmed by the MOMus-Museum Alex Mylona, the Athens branch of the Metropolitan Organisation of Museums of Visual Arts of Thessaloniki, which is preparing a solo show of the artist’s work for this coming winter. Born in Patras in 1959, Grammenos studied graphic arts and photography in Athens (1977-1980), and then sculpture and painting at the Cologne School of Fine Arts (1981-1988). After travelling and working around the US, Germany, France, Spain, Portugal and Italy, he returned to Greece and settled in Athens, where many of his public sculptures have been installed. He created his first signature Alien sculpture—a spiky nanobot or bug-like figure—out of cardboard in 1988. More permanent versions, made out of aluminium, have been installed crawling along the walls of buildings in Dexamenis Square in Athens and the Macedonian Museum of Contemporary Art in Thessaloniki. Similarly, his Knights series of towering chess-piece sculptures were first built from cardboard boxes in 1990, and then from more galvanised steel. “My sculpture is my untrained reality, my daily routine, full of anticipation, abortions, hustles, carelessness and instant triumphs,” Grammenos said of his work. “Sometimes it suddenly stands self-righteous in front of me as if to say, “Come on, let’s go further, let’s start at the beginning, that is’.”He also created The Lead Sea, a sculpture depicting cresting waves, for the marina in his hometown, Patras, and his Masks, made from cut and folded aluminium, have been used in dance and theatrical performances in Greece and abroad. In addition to his sculptural work, he produced expressive abstract paintings and large ink drawings. “Kornelios Grammenos invests in the random, freedom of gesture, manifestations of automatic mental and emotional rendering,” write the curators of his coming solo show, Eleni Kotsaras and Giannis Bolis. “His compositions renegotiate the issues of removal and the painting process, focusing on purely visual values and the function of colour, encompassing energy and inherent tension.”“The essence of painting may be unexpectedly simple because it’s a predominantly complex act,” Grammenos said of this part of his process. “I think painting … is an ever-evolving process–it doesn’t have any tangible ‘visible’ ending and therein lies the fascination perhaps. The painter doesn’t think because painting itself is a thought.”

Crystal Bridges plans an expansion that will boost its size by 50%
Will the real Isabel Rawsthorne please stand up?
To Top
error: Content is protected !!
Top