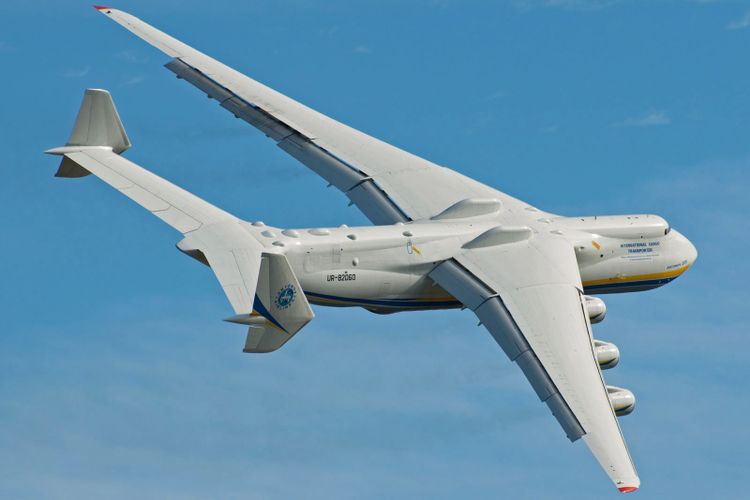 
The Shadow of Dream cast upon Giardini della Biennale

Ukraine pavilion, Arsenale and the sky

Is it a bird? Is it a plane? Oh, actually it is a plane, a really massive one. The Ukrainian pavilion’s project will quite literally cast a shadow over the Biennale this year. The collective Open Group has organised for a Ukrainian-built An-225 Mriya aeroplane to fly over Venice at 12pm on 9 May casting its shadow over the city. Inside the cargo aircraft will be a hard drive containing a list all living Ukrainian artists who have given permission for their names to be used, according to a press statement. The An-225 Mriya is named after the Ukrainian word for “dream” and is the largest aircraft currently in service and the heaviest ever built. “The story of the shadow of the Dream passing over the Giardini della Biennale may pass into myth via retellings in the pavilion and the media,” says the group in a statement.

One of the biggest controversies of the run up to the 2016 US presidential election will be revealed in all its glory in an unlikely venue: a Venetian supermarket housed in a former fresco-covered cinema. The exhibition by the US artist and poet Kenneth Goldsmith will include nearly 60,000 printed pages of emails sent from the domain name clintonemail.com between 2009 and 2013. The emails were the subject of an FBI investigation as Hillary Clinton, the then secretary of state, was accused of security breaches. Although she was never convicted, the scrutiny was a key topic during the presidential race which she lost to Donald Trump. “These are the most important political documents of our times,” Goldsmith says in a statement. “They have been discussed at every level of public opinion but almost no-one has read them.” Alongside the emails, a programme of films will be projected onto the cinema’s original screen, now above a food counter. These screenings will take place each evening between 6pm and 7pm and will include works by artists such as Jordan Wolfson, Sophia Al-Maria and Alex Da Corte.

“I need to get shrimp immediately / Take me to the restaurant.” These might sound like the words of a weary Biennale visitor but actually come from an opera that will be adapted for a performance at the Lithuanian pavilion, titiled Sun & Sea (Marina). Conceived by the three artists Rugilė Barzdžiukaitė, Vaiva Grainytė and Lina Lapelytė, the piece will take place on an artificial beach in the country’s pavilion in Castello, where a team of singers in swimming costumes and beach gear will perform. The plan is to have eight-hour performances every Saturday for the duration of the Biennale and to fund it the team has set up a fundraising page to raise £27,575 to pay for the 20-strong group of singers. Apparently a whopping 35 tons of sand are being transported to create the beach. So, as the Venetian weather hots up, forget the Lido and head to Castello—and pick up a specially designed beach towel on their fundraising page if you fancy supporting the project.

Taking the pavilion out onto the streets of Venice, the New Zealand artist Dane Mitchell’s Post hoc project will see a series of phone masts disguised as pine trees—so called stealth towers—dotted around the city. The artist has picked pine because it was the tree chosen for the first-ever such tower, which, according to Mitchell was “described at the time as a Frankenpine”. Each mast will emit a voice reading more than 260 different lists of defunct phenomena, such as names of extinct languages, former nations, obsolete search engines, lost films, discontinued microchips and failed utopias. The lists will be broadcast from an anechoic chamber—an echo-free space that absorbs all sound—installed in the country’s pavilion space.

The Icelandic pavilion has a bit of a reputation for creating some of the most memorable and outlandish commissions of the Biennale. In 2015 the Swiss artist Christoph Büchel controversially turned a former Catholic church into a mosque, while in 2017 the Icelandic artist Egill Sæbjörnsson handed over the pavilion to two fictional trolls. This year, things will be getting a little hairy as Hrafnhildur Arnardóttir (AKA Shoplifter) will turn a former warehouse into a hair-filled grotto. The Icelandic artist’s brightly-coloured synthetic hair installations have previously filled museums such as Kiasma in Helsinki and Gallery of Modern Art in Brisbane. The Venice installation will be accompanied by a soundtrack from the Icelandic heavy metal band HAM, so let your hair down and get ready to headbang.