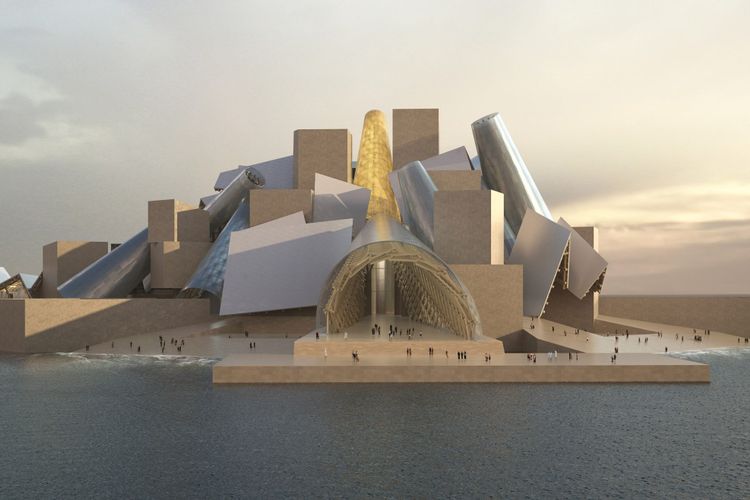 
The Guggenheim Abu Dhabi, an outpost of the Solomon R. Guggenheim Foundation first announced in 2006, expects to open around 2022, Richard Armstrong, the director of the foundation and the Guggenheim Museum in New York, has told Euronews in an interview.

“We are on track, we are on budget and we are looking forward to the commencement of the building construction soon,” Armstrong said last week. He said he anticipated that the construction project would take three or four years.

The Frank Gehry-designed museum, which would be the Guggenheim’s biggest space at around 320,000 sq. ft, was initially due to open in 2012 and then in 2017. The waterfront space is part of a cultural complex on Saadiyat Island overseen by the Emirati government-owned Tourism Development & Investment Company (TDIC). The complex also includes the Louvre Abu Dhabi, which opened in 2017, and the future Zayed National Museum. Both projects have likewise experienced delays.

The Guggenheim Abu Dhabi has already displayed highlights from its collection, which has works made since the mid-1960s by international artists including Yayoi Kusama, Larry Bell, Otto Piene and Monir Shahroudy Farmanfarmaian, in two exhibitions at Manarat Al Saadiyat on the island. Earlier this month, the Guggenheim Foundation led three panels at the Culture Summit Abu Dhabi 2019 on the theme of cultural responsibility and new technology.

The project, like the Louvre Abu Dhabi, has faced scrutiny related to the treatment of migrant construction workers in the Gulf. In 2017, for instance, the activist group known as the Gulf Labor Artist Coalition, said it was pursuing a boycott of cultural institutions on Saadiyat Island. In a 2016 letter to representatives from the New York-based Human Rights Watch and the Brussels-based International Trade Union Confederation, Armstrong said that the foundation “shares your organisations’ commitment to safeguarding conditions for workers who will build the future Guggenheim Abu Dhabi”. But he added that, “given the global complexity of the issue and the nature of the Guggenheim as an arts institution, we believe that our resources are most effectively directed at working in coordination with TDIC on our specific, shared goals for the Guggenheim Abu Dhabi”.

The museum deal was initially brokered in 2006 by Thomas Krens, then the director and chief artistic officer of the Guggenheim Foundation, but he has since expressed reservations about the project in its current form.