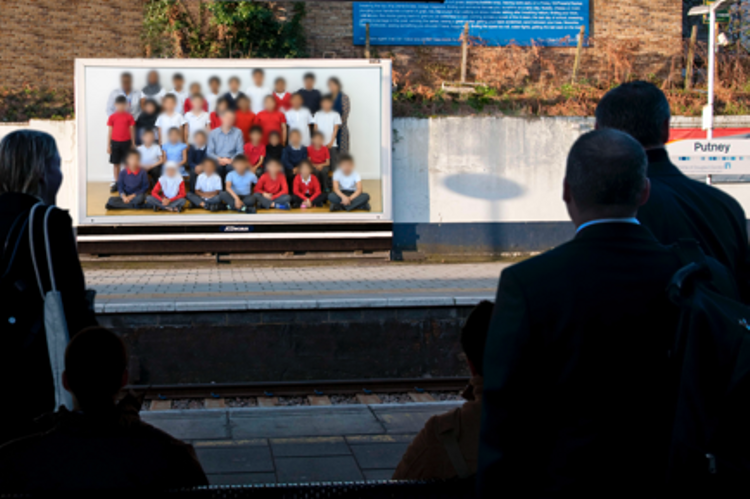 Hundreds of London billboards will be emblazoned with photographs by Steve McQueen showing children from primary schools across the capital as part of a vast outdoor exhibition this winter. The billboard project is due to take place in the first two weeks of November just before McQueen’s class photographs—more than 1,500 in total—go on show at Tate Britain.

McQueen’s initiative, which focuses on children in Year 3 (ages seven to eight), is co-organised by the educational charity A New Direction and the arts non-profit organisation Artangel. McQueen has invited every one of London’s 2,410 schools, including private and state institutions, to register. The traditional class photographs, depicting rows of children sitting and standing, will go on show from 13 November to May 2020 in the Duveen Galleries at Tate Britain.

Schools or pupils will not be named on the billboard images. According to the Tate website: “The only billboard text will be #Year3 to identify the project. There will be no school name or logos and billboards will appear purely as artworks in their own right. Schools will not be identifiable by their uniform, names or school logos appearing in the photograph.”

All billboard sites will be at least 50 metres from bars, pubs, betting shops, casinos, adult shops or venues and fast food restaurants or take-aways, the Tate guidelines say. On the issue of consent, Tate says: “We cannot use the photo if any parents or carers do not give consent.” Tate officials also point out that its project team will closely monitor all social media posted to Tate, Artangel and A New Direction channels.