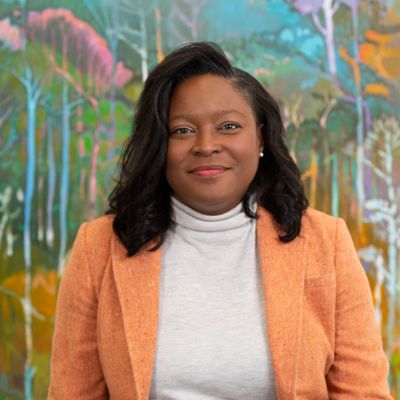 As part of the ICOM Kyoto Triennial Conference this week, I designed and co-chaired a session that brought together museum leaders from across the globe—representing North and South America, Africa, Asia, Australia and Europe—to discuss the state of restitution and decolonisation. The aim was to consider how these subjects interrelate and, when considered together, how they can drive change that dismantles the hierarchies and structures that exclude certain voices and perspectives from the work of museums.

The three-hour, wide-ranging conversation revealed the need for a paradigm shift in the museum sector—one that focuses on community empowerment, new skills and capabilities, and proactive engagement with contemporary colonialism.

For the benefit of those who could not attend, I highlight below several key take-aways:


The Icom conference opened in Kyoto this week

Restitution is not simply about ‘trading spaces’ but about empowering communities to create sustainable futures.

France’s Sarr-Savoy Report has brought renewed media attention to the subject of restitution, and claims for the return of artefacts have been buoyed by investment in large-scale museum projects in formerly colonised countries. Session panellists, however, argued that repatriation should underpin social regeneration and stressed the need to return artefacts to communities, not spaces.

Marília Bonas, head of the Memorial of the Resistance of São Paulo, spoke about empowering disenfranchised communities by helping them establish themselves as heritage associations. The intent, she said, is to give these groups a level of agency in the governance of collections that project-based work cannot.

Restitution has traditionally been guided by transactional processes. How do we establish that an object was stolen? Who is the rightful claimant for return? However, when situated in the context of decolonisation, the conversation shifts. The German Museums Association recently published a revised version of its Guidelines on Dealing with Collections from Colonial Contexts in order to “expand the focus from how to deal with human remains to how to deal more sensitively with non-European perspectives”.

Beate Reifenscheid, the chair of Icom Germany, and Nehoa Hilma Kapuka, the project development manager at the Museums Association of Namibia, both spoke about the importance of relationship-building, knowledge-exchange and capacity-building by all parties involved in restitution claims. Kapuka emphasised that current restitution programmes are designed to ensure new forms of collaborative exhibition-making and new relationships with source communities are outcomes.

All the session panellists agreed that museums must develop new skills in partnership-working and collaboration in order to achieve the goals of decolonisation.

Laura Pye, director of the UK’s National Museum of Liverpool, spoke about the need to take a hard look at museum staffing and ways of working that impede museums from being more inclusive.

Several panellists and audience members commented that the decolonisation movement is overly focused on European colonialism. Those working in countries with indigenous populations in Australia, Canada and the US point to successful models of working that can be translated into different contexts. However, audience members from Pakistan and Palestine urged the sector to recognise that present-day conflicts and aggressions are separating communities from their heritage and asked Icom to consider what it might do to ensure that the stories and voices of these groups are not lost.

The session was both thought-provoking and challenging. It raised a number of questions that speak to the fundamental purpose of museums in the 21st century: are museums shop windows that present highly polished, one-dimensional histories or platforms where the messy work of continually reshaping stories to reflect new knowledge and histories can be used to empower people and create new futures?

I, for one, would like to see museums take up the latter as a mission. The passion and energy of panellists and audience at the Icom Triennial Conference suggests others feel the same.