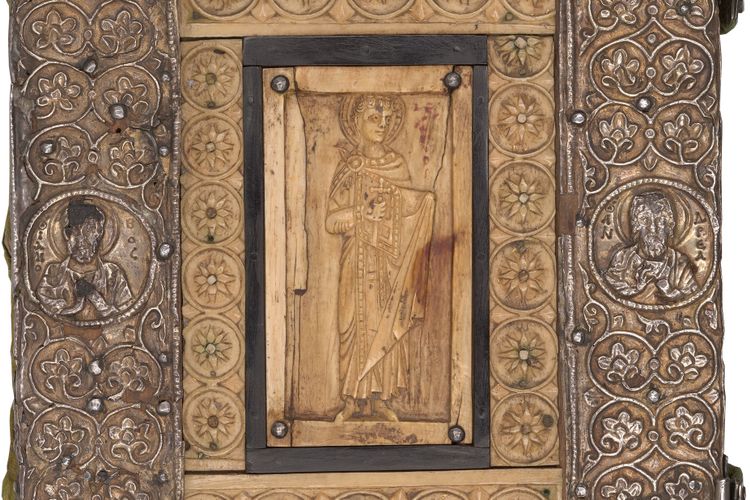 
An Italian prosecutor is pressing a claim to an 11th-century missal in the collection of the Morgan Library & Museum in New York, contending that the object was stolen in 1925 from a parish church in the town of Apiro in Italy’s Marche region.

The Morgan says it acquired the missal, known as a sacramentary, in 1984 as part of a gift of precious manuscripts from the trustees of a collection amassed by the investment banker William S. Glazier. The object had resided at the Morgan since 1963, the museum adds.

In an entry at the Morgan’s website describing the sacramentary’s provenance, Glazier is said to have acquired it in 1953 in New York from William H. Schab, a rare books and manuscripts dealer. Previously the sacramentary resided in Swiss collections, and before that it was in the possession of the Church of Santa Anna in a village in Apiro, the entry indicates.

The state prosecutor in the central Italian province of Macerata, Giovanni Giorgio, contends that the sacramentary was stolen from the Church of Santa Anna between February and May of 1925. While the Morgan has stated that it acquired the object “in good faith”, he says in a statement, “written proof of the legitimate change of ownership of the missal to Mr Glazier by the seller is missing, and the seller in turns claims to have purchased it in Switzerland (without written documentation in this regard)”. As a result, he says, “an essential prerequisite to considering the Morgan to be ‘in good faith’ is missing”.

The Morgan declined to comment on its position regarding the Italian claim, which Giorgio says was filed with the US Attorney for the Southern District of New York in June 2015. “The sacramentary is the subject of a court proceeding underway in Italy, and so we are limited with respect to what we can say about it,” a spokeswoman for the Morgan says. The US Attorney’s office declined to comment on the claim.

The sacramentary, which contains the prayers and directives for the Roman Catholic Mass in Latin and is thought to date from around 1050, is a parchment codex with more than 120 sheets with an embossed silver and gilt cover adorned with medallions depicting saints. Giorgio says that it is thought to have been a gift of St Peter Damian (1007-1072), the founder of the Camaldolese religious order, to St Domenico Loricato (965-1060), a hermit whose remains are venerated today.

The prosecutor adds that a criminal judge in Macerata originally found in favour of the Morgan but that his office has appealed that decision. An essay pointing out similarities between the Morgan’s sacramentary and the object that had resided in the Church of Santa Anna was published in 2011 in the periodical Studia Picena.

Giorgio argues that the return of the sacramentary could help boost tourism in the Italian region, where businesses are still suffering from the economic damage wreaked by an earthquake in 2016.