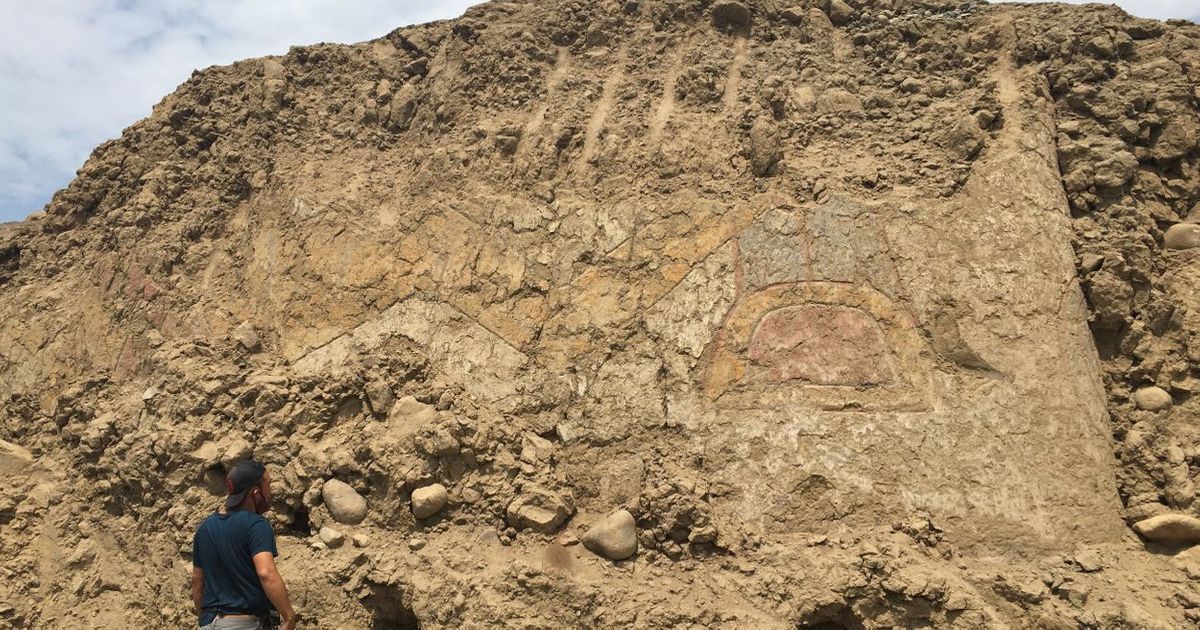 The mural was discovered on the side of an ancient adobe temple, which experts believe was built by the pre-Columbian Cupisnique people in Peru’s Virú province, roughly 300 miles north of Lima
Photo: Régulo Franco Jordán

Archeologists in Peru have identified what they say is a 3,200-year-old mural of a knife-wielding spider god. The image was discovered on the side of an ancient adobe temple, which experts believe was built by the pre-Columbian Cupisnique people in Peru’s Virú province, roughly 300 miles north of Lima. Régulo Franco Jordán, the director of archaeology at the Fundación Augusto N. Wiese, says that the shrine’s proximity to a local river may imply that it was dedicated to water gods. “What we have here is a shrine that would have been a ceremonial centre thousands of years ago,” he told the Peruvian newspaper La República. “The spider on the shrine is associated with water and was an incredibly important animal in pre-Hispanic cultures, which lived according to a ceremonial calendar. It’s likely that there was a special, sacred water ceremony held between January and March when the rains came down from the higher areas.”The mural, which was carried out in shades of ochre, yellow, gray, and white, was originally discovered by local avocado and sugarcane farmers, who were using heavy machinery to extend their crop fields when they inadvertently destroyed just over half of the ancient temple site. Jordán noted that the location has since been registered with local authorities and will be safely preserved until after the Covid-19 pandemic, at which point it can be further researched.This spider god discovery is not the only ancient zoomorphic art to come from Peru in recent months. Last fall, archeologists working along Peru’s Nazca Lines discovered a 120ft-long geoglyph that seems to depict a massive cat. The monumental feline, which is carved into a hillside, is believed to have been created some time between 200 BCE and 100 BCE.