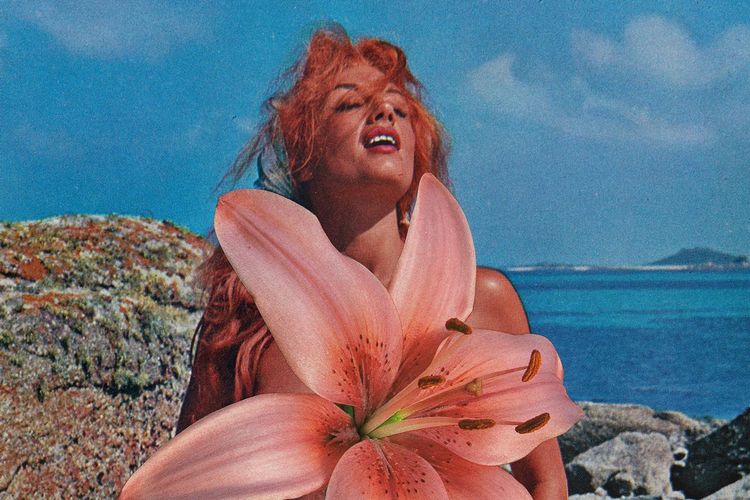 
Set in the scenic splendour of Tuscany’s Val D’Orcia region, the Monteverdi gallery has been the crucible for some significant artistic statements. This is due to the deft curating of the Goldsmiths CCA director Sarah McCrory, whose residency and exhibition programmes at the Castiglioncello del Trinoro hotel kicked off six years ago with the then-Spartacus Chetwynd who made a series of bat paintings and costumes. During her time there, Spartacus transitioned to become Marvin Gaye Chetwynd. She would then later transition into her current incarnation of Monster Chetwynd.

Since then, the list of invited artists now includes Laure Prouvost, who last year was inspired by the bucolic setting of this hilltop idyll to make tree branches that sprouted rosy fleshy protuberances between their clefts and to display bunches of flowers bristling from between the cheeks of large pink buttock vases. in 2017 Jeremy Deller and Tasha Amini were invited as a duo, which saw them get earthy and make clay pinch pots.


Now, the Monteverdi gallery is playing host to the beautifully disquieting collages of the UK-based Linder, who has responded to the natural surroundings with a new series of works based on the female nude in outdoor settings. Her direct source was a 1964 book of pinups by Harrison Marks, the man who coined the term ‘glamour’ photography. Onto his posing al fresco models, Linder has added elements of plant and animal life which both accentuate and obscure elements of their bodies. With roses and shells fused to their faces and forms and various creatures in attendance, these airbrushed women take on a new identity as powerful nature goddesses with their soft porn poses echoing those of classical sculpture. Indeed, so strong is Linder’s invoking of the forces of the natural world that at last weekend’s opening something suddenly became apparent. The view from the Monteverdi gallery of the undulating panoramic landscape rising up around Mount Cetona resembles a gigantic reclining nude. Never mind art imitating life. Here, it seemed to be a case of nature imitating art.

William Hunter and the enlightened art of science
A ban on Banksy? Anti-Brexit work at the Royal Academy is on/off limits
To Top
error: Content is protected !!
Top