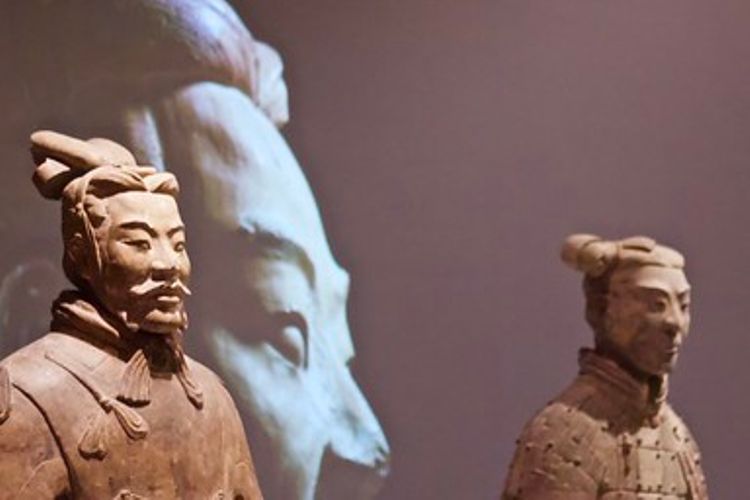 
Officials at the World Museum in Liverpool say they scanned visitors with facial recognition surveillance during the exhibition China’s First Emperor and the Terracotta Warriors, which ran last year (9 February-28 October), and may use the technology in the future. The technology was put in place because of a heightened security risk, the museum says

The development was revealed by Big Brother Watch, a privacy campaign group focused on the protection of civil liberties. Its director, Silkie Carlo, criticised the move, calling it a “dark irony”, adding that “this authoritarian surveillance tool is rarely seen outside of China”. He says also that many of the visitors scanned will have been school children.

Facial recognition technology can identify people’s faces by analysing features. Software reads the “geometry” of a face; the subsequent “faceprints” can be compared with those on watchlists held by, for instance, crime prevention bodies. “The technology is being used to assist in the prevention and detection of crime by identifying wanted criminals,” says the Metropolitan Police in London.

A spokeswoman for National Museums Liverpool says that “the organisation used facial recognition technology at [the World Museum] when there was a heightened security risk during the Terracotta Warriors and the First Emperor exhibition in 2018. This was put in place after seeking advice from Merseyside Police and local counter terrorism advisors and was clearly communicated in signage around the venue. World Museum did not receive any complaints and it is no longer in use.”

Any use of similar technology in the future would be in accordance with National Museums Liverpool’s standard operating procedures, she adds, and with good practice guidance issued by the Information Commissioner’s Office, the UK’s privacy watchdog body.

Arts Council England’s National Security advisor, William Brown says meanwhile that many systems were used to ensure the safety and security of visitors during the Terracotta Warriors show, and to help counter the identified risks. The technology is “legally compliant and should not cause any concern except for those intent on committing crime who may be apprehended because of it”.

Other museum professionals are more skeptical though. Riyaz Somani, the head of security at Imperial War Museums, says that “the facial recognition technology is not ready to be used in the public environment in my opinion. The algorithms are not strong enough to give any credible data, which then can be used for security, marketing etc. But there should not be cause for concern as long as required measures are put in place to comply with general data protection regulations.”

Earlier this week, the information commissioner’s office launched an investigation into the use of facial recognition cameras in Granary Square in King’s Cross, London.