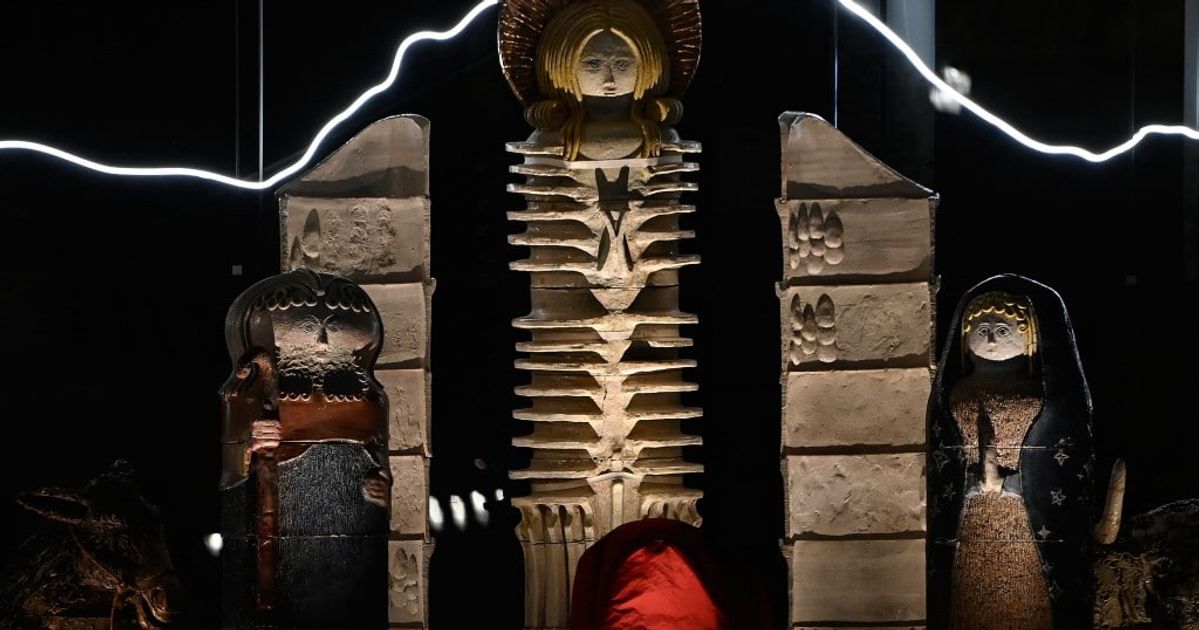 The Vatican has unveiled its 2020 nativity scene to welcome in the holidays, and in the true spirit of the year, it was certainly not what the public was expecting. The Vatican has displayed a nativity scene donated by different Italian regions since the 1980s; this year’s nativity, comprising a selection of ceramic pieces made in the 1960s and 1970s, comes from the central province of Abruzzo. But the 2020 offering has received mixed reviews, as the tableau, which the Catholic Herald is calling an “embarrassing sci-fi creche”, features an astronaut as one of the three wise men, with another that can only be described as a Darth Vader-doppelganger holding a shield. While it would appear that Darth Vader was not, in fact, at Jesus’s birth, it’s important to remember that the Gospels were written long after Christ’s death and such facts could easily have slipped through the cracks. Mary and Joseph, though somewhat less sci-fi, do have a sort of Botero-esque, bowling pin je ne sais quoi look, an essence that The New York Times artfully captured when describing their likenesses as “torpedo-shaped . . . enormous, Bible-themed Weebles”. However, the Catholic Herald, in all its lambasting of the manger, did make a point of defending the artistic choices when it noted that “ugly modern art is nothing new”. Cristina Massari, a Roman tour guide, offered up a slightly more uplifting view, “It’s a nativity scene that has had problems, like we’ve all had a lousy year,” she told the New York Times, adding: “If it made it, we can.” Amen.

Congolese activist who tried to seize an artefact from the Louvre is fined €5,000
Three winter art walks you can enjoy in England this weekend
To Top
error: Content is protected !!
Top