Mega-galleries pick up the pace in the race for space 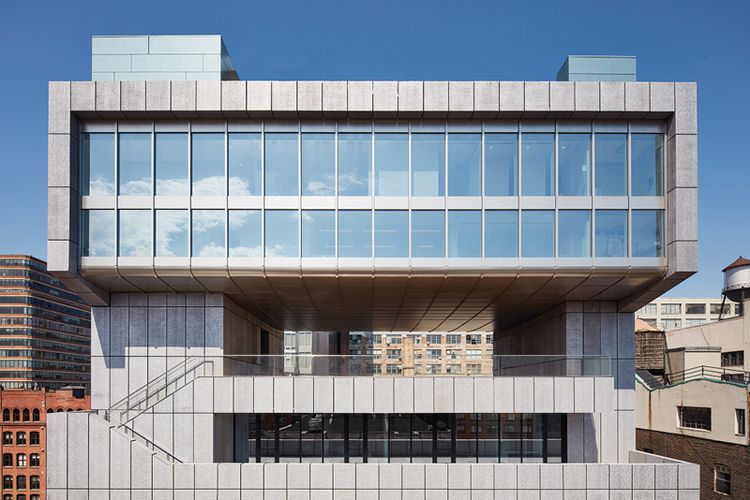 
Within the past several years, the main attraction in New York’s Chelsea gallery district each September is increasingly the dealers’ new square footage rather than the art on the walls.

Next week, Pace unveils its new headquarters at 540 West 25th Street. The eight-storey, 74,500 sq. ft behemoth has been in the works since 2015, when Weinberg Properties decided to redevelop the premises for an art to the tune of $79.8m, according to Kroll Bond Rating Agency. A spokesperson from Weinberg says the development continues a “strategy of converting [and] upgrading its properties in Chelsea as spaces for the arts”.

“If we didn’t take the building, they’d simply let someone else have it,” Pace’s president and chief executive, Marc Glimcher, says of the gallery’s decision to expand. “The evolutionary pressure in ecology is at play in the art world right now and its pushing everybody in this business toward the same end: grow or die.”

The new headquarters includes indoor and outdoor exhibition galleries; updated private offices; a 10,000-volume research library that will be open to the public (by appointment); an open art-storage area; and 2,200sq. ft dedicated to new media and performance. The gallery has leased the building until 2038 for roughly $112.66 per sq. ft and invested $18.2m to outfit it with an interior designed by Bonetti/Kozerski Architecture, according to Kroll.

Meanwhile, Kasmin will open another space this fall at 514 West 28th Street, with 3,400 sq. ft of private viewing rooms and office space and 460 sq. ft of public exhibition space. This expansion connects it to its 3,000 sq. ft flagship gallery (and 5,000 sq. ft rooftop sculpture garden) at 509 West 27th Street, which opened last September, “completing our vision for the new, purpose-built space,” its director, Nick Olney, says.

Yet, for other galleries, the space race in Chelsea is far from over. Gagosian, always quick to stake out new territory, is renting 7,900 sq. ft next to its 26,000 sq. ft property on West 24th Street, unveiling the expansion in 2020, according to Bloomberg. Also let by Weinberg Properties, the space housed Mary Boone’s gallery, a long-time rival of Gagosian. The gallery closed in May after Boone was jailed for tax fraud; she reportedly paid $50,000 a month for the space, though Weinberg declined to confirm the current rent rate.

This kind of territorial stake-out in Chelsea is cyclical, ever since the major galleries began migrating into the neighbourhood in the 1990s. The current “grow or die” evolution started a couple years after Hurricane Sandy devastated the area. In 2015, Hauser & Wirth took out a 42-year lease on a squat, unremarkable 7,400 sq. ft commercial building on West 22nd Street. With architect Anna Selldorf—who designed David Zwirner’s New York, London and Hong Kong spaces—the gallery is in the process of tripling the site’s size. Additionally, Marlborough is taking over Cheim and Read’s former space at 547 West 25th Street, merging it with its existing space next door. Both galleries will open in 2020.

Last but not least, Zwirner announced at the beginning of 2018 that he will add 50,000 sq. ft in a Renzo Piano-designed tower in a formerly vacant lot on West 21st Street, a stone’s throw from his existing cluster of galleries at 525 West 19th Street and 537 West 20th Street. Italian starchitect Renzo Piano—rather than Selldorf—is realising the building, making it his first commercial gallery design. The space has already exceeded its timeline and potentially its budget: originally estimated to open in 2020 with a price tag of $50m, the five-storey structure is currently anticipated to open in 2021 and is budgeted for “$50m-plus” according to a gallery spokeswoman. Zwirner says he is “likely” to move out of the 19th Street space, which he rents, once the 21st-Street gallery is completed.

The incessant expansion of these galleries is not predatory, Glimcher says, instead suggesting that expansion is “aspirational”. “The big galleries don’t have the capacity to run everyone out of business. If we did attempt to do that, we’d end up like MySpace—growing too fast, leading people to turn against you,” he says. Nevertheless, he notes Silicon Valley’s tech company “campus” model as an inspiration: “This is a mini attempt at that.”