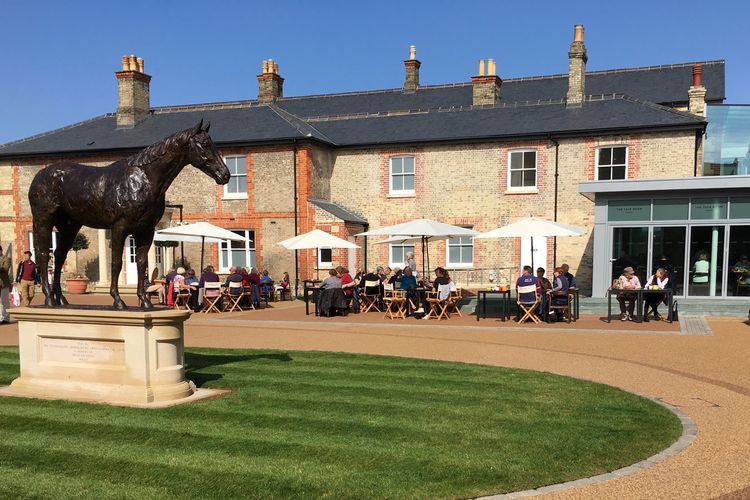 
The art historian Steven Parissien is confident in being able to differentiate the paintings and drawings of George Stubbs from those of Alfred Munnings but slightly less so about live horseflesh—which is awkward because he has just taken over as chief executive at the National Heritage Centre for Horseracing & Sporting Art at Palace House in Newmarket, the mecca of horseracing. The centre encompasses a Grade II listed building, a purpose-built museum housing the national horse racing collection and a stable full of real horses.

“No, I can do horses, look, there’s one,” he says, as a retired race horse peered out curiously at the clatter from the museum cafe. “Four legs, mane, and they run in that direction.” He is about to attend his first Newmarket race meeting to show off his new expertise.

Parissien, whose passions include railway station and pub architecture, previously ran Compton Verney, the Warwickshire country mansion in a Capability Brown landscape, and has just returned from a stint at the Bata Shoe Museum in Toronto.


He has big plans for the National Heritage Centre for Horseracing & Sporting Art, a £19m project that opened in 2016 and shortlisted for the Art Fund’s Museum of the Year award in 2017. But although much enjoyed by those who did come, it attracted less than 30,000 visitors last year.

Its history is inseparable from Newmarket’s fame in horse breeding, sales and racing. The yard trained a string of winners, and the “palace” really was one, rebuilt by Charles II, the only English monarch to have won a horse race (possibly when the other riders tactfully hung back).

A small exhibition on George Stubbs, including his superb anatomical drawings from the Yale Centre for British Art, opens today and is the first in the newly completed temporary exhibition gallery. With a proper climate-controlled space, Parissien is after major loans.


The next exhibition on George IV—who left Newmarket never to return after his horse called Escape was embroiled in a race fixing betting scandal—will have spectacular pieces from the Royal Collection. Down the line he and the equally new curator Philip Warner plan shows on Leonardo da Vinci and horses; Degas; on horses and dogs inevitably featuring meltingly charming Landseers; and on The Archers, the venerable Radio 4 soap which Parissien points out—remembering to sound enthusiastic—is stuffed with horses from Shula’s stables to Joe Grundy’s ancient Bartleby.

“And ice cream,” Parissien adds, “that’s the vision for this place, lots and lots of ice cream.”

Bordeaux gets €60m Meca for creative industries
‘You can’t do this by yourself’: in a lean market, New York’s smaller galleries stick together
To Top
error: Content is protected !!
Top