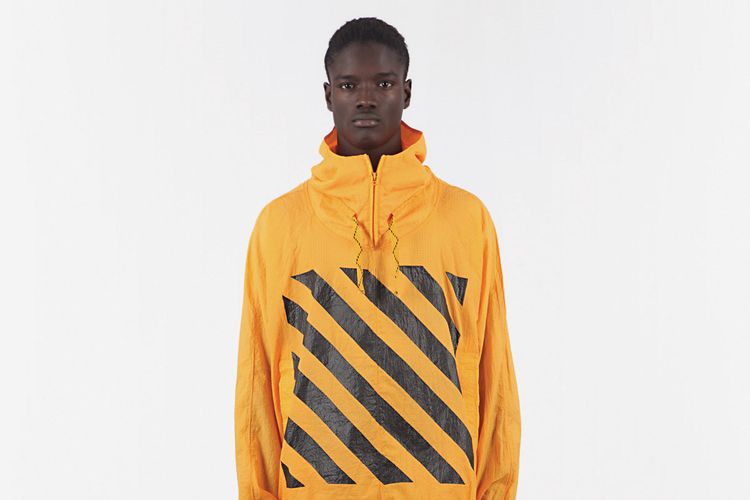 
Virgil Abloh has been called many things: polymath, visionary, copycat. While some people doubt that the fashion designer is a serious artist, a new mid-career retrospective in Chicago aims to assert that he is exactly that. Figures of Speech, which opens at the Museum of Contemporary Art Chicago on 10 June, explores Abloh’s creative process, spotlighting projects in fashion, music, architecture and design. The show dives into the restless mind of the Ghanaian American kid from Illinois who last year became the first black man appointed as artistic director of Louis Vuitton.

When the show was in its infancy, Abloh was known mostly for his streetwear label Off-White, and for his collaborations with the hip-hop star Kanye West. His meteoric rise has made this survey “even more necessary to do now”, says the museum’s chief curator, Michael Darling. “I think people have a limited understanding of the disciplines he’s working in. They drip out in small doses on Instagram and we don’t get the full arc of his thinking—there’s this pent-up desire to know more.”


The exhibition includes Off-White collections, Abloh’s hip-hop album art, and woven Ikea rugs featuring words in his signature quotation marks. But many designs will be new even to diehard fans, including a bomber jacket made with the artist Arthur Jafa, a pink sculpture that looks like a bastardised Alexander Calder mobile, and a dress made for Beyoncé’s 2018 Vogue cover photoshoot.

The Beyoncé outfit is in a section called Black Gaze that underscores the politics inherent in Abloh’s work. Fashion and fine art pieces aim to raise issues of access and inclusion, like a tutu-inspired tennis dress for Serena Williams, or a neon sign from a runway show that reads: “you’re obviously in the wrong place”.


“There’s a bigger purpose [to Abloh’s work] than putting products out in the world,” Darling says. “Virgil often talks about opening the door and leaving it open for others to come through and up within systems.” The exhibition does not address allegations that Abloh has plagiarised numerous artists—from the furniture designer Paul McCobb to the graphic designer AG Fronzoni.

This is the museum’s first exhibition devoted to a fashion designer, and it is poised to be a blockbuster. A pop-up store will offer Abloh-designed merchandise, while the catalogue takes the form of a 500-page “manual on how to be Virgil Abloh if you’re an aspiring young creative”, Darling says.

The curator attributes the hype, in part, to rising interest in fashion exhibitions. “Fashion is an easy entry point for people. That’s what Virgil recognises, and why he uses it to talk about issues he’s interested in,” Darling says.

“It’s a great opportunity for us to celebrate one of Chicago’s leading creative lights,” Darling adds. “If another city beat us to it, that would be a shame.”