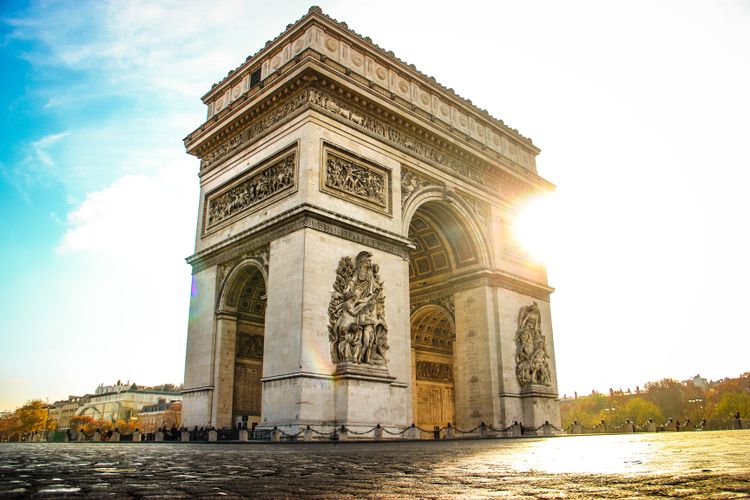 
The light installation is planned for 2020
© Florian Wehde


Olafur Eliasson has been commissioned to make a permanent lighting installation for the Arc de Triomphe, which is due to be inaugurated in 2020. Costing €3m, the project is being financed by the Fonds pour Paris, a foundation set up in 2015 by Paris mayor Anne Hidalgo to restore Parisian heritage and support contemporary art.

The Danish-Icelandic artist’s proposal is still being finalised, and more information will not be available until later this summer or early autumn, Anne-Céline Delvert, deputy director of Fonds pour Paris, tells The Art Newspaper. However, she added that it remained uncertain whether the project could be undertaken due to the technical difficulties involved.

The foundation also commissioned the six geometric, vertical fountains designed by Ronan and Erwan Bouroullec on the Champs-Elysées roundabout. Costing €6m, they were inaugurated in March and donors included Groupe Galeries Lafayette, Groupe Dassault and the State of Qatar.

Eliasson’s commission is part of the City of Paris’s desire to improve its image ahead of the Olympic Games in 2024 and enhance the prestige of the Arc de Triomphe, which was graffitied and ransacked last December during riots sparked by the Gilets Jaunes (Yellow Vest) movement. Extensive repairs have included cleaning the marble bust of Louis Philippe, which had been splashed with paint, and restoring the damaged bust of Napoleon.

News about the commission comes one month before Eliasson’s large-scale exhibition, Olafur Eliasson: In Real Life, opens at Tate Modern (11 July-5 January 2020) in London. Assembling 40 works from the last three decades, it will explore issues around climate change, sustainable energy, migration and architecture, and follows on from Eliasson’s Turbine Hall installation, The Weather Project, in 2003.

This is the second major art project planned for the Arc de Triomphe. In April, the artist Christo announced plans to wrap the Parisian landmark in silvery blue fabric. However, the project’s unveiling was postponed from 18 March 2020 to 19 September that year because kestrel falcons nest on the monument in the spring.

Cindy Sherman gets first UK retrospective at the National Portrait Gallery
Poster House, the first US museum dedicated to the medium, opens in New York
To Top
error: Content is protected !!
Top