On a medieval-style tapestry, the last season of Game of Thrones unfurls 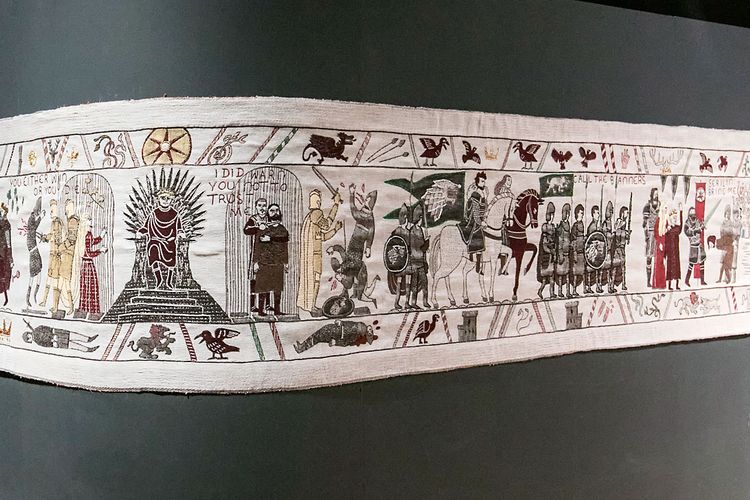 Fans of Game of Thrones have long been known to flock to Northern Ireland in search of locations where the popular TV show was filmed. Now, they can soak up the atmosphere of the program’s eighth and final season by viewing a new section of a hand-woven Game of Thrones tapestry that is on view at the Ulster Museum in Belfast.

The 87-metre-long medieval-style tapestry recounts the entire tale of the epic TV drama and was commissioned in 2017 by HBO and Tourism Ireland to capitalise on a fervent demand for anything associated with the show. The embroidery on the final section, completed by a team of 30 volunteer stitchers overseen by the museum, was unveiled last week, roughly a month after the show’s final episode aired.

In September, the tapestry will travel to Bayeux, France and go on display at the Hôtel du Doyen, perhaps spurring comparisons with the nearby 11th-century Bayeux Tapestry, which helped to inspire the Game of Thrones version. Mindful of the show’s penchant for violence, a notice at the Ulster Museum currently warns: “Due to the depiction of graphic scenes, viewing of the tapestry is not suitable for anyone under the age of 18.”