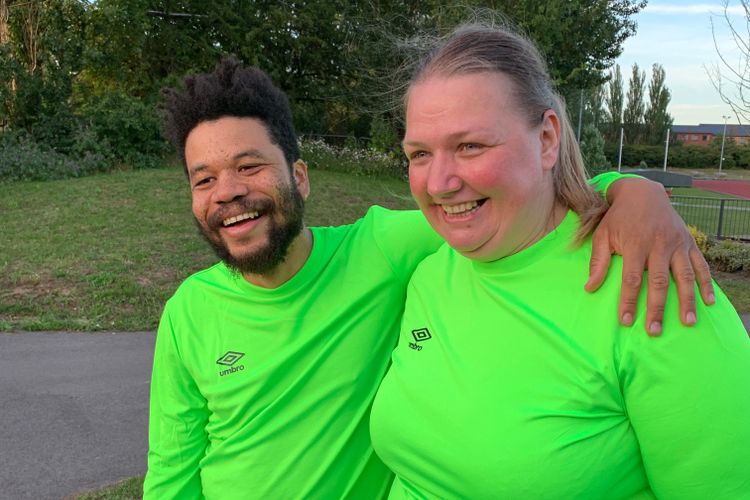 
Lovers of art and the beautiful game descended on Walthamstow, north London, on Saturday evening for the inaugural OOF Cup five-a-side football tournament, with a host of art world teams competing for the prestigious OOF title including Lisson Gallery, Christie’s and Tate. The Art Newspaper fielded a plucky (underdog) team which valiantly battled against Christie’s in round one (4-0 to the auction house) and Victoria Miro in round two, with TAN’s storming sole goal delivered in a penalty kick by José “golden legs” Da Silva (score: 3-1). Other players on the TAN side considering a career in professional football include Maggie “tenacious” Carrigan, Ben “down the left side” Luke and Russell “annihilator” Toone. Woman of the match was Evgenia Spellman, the Art Newspaper’s top-notch goalie who shone in each hard-fought game.

The artist Oscar Murillo and his studio assistants triumphed, sailing through the rounds with a convincing 7-0 win (or thrashing) against The Art Newspaper. Oscar’s team raised aloft a cup at the end of the night designed especially for the event by the artist Mark Wallinger. Providing cheeky commentary throughout was Eddy Frankel, founder of OOF magazine (“Resell this!” he boomed as the Christie’s team strode on to the pitch).Back of the net to Eddy and OOF Magazine, along with the Art Night festival which included the arty footie tournament in its official programme.

How to spend the longest day of the year with art and nature
Amy Sherald, Michelle Obama’s portraitist, unveils massive mural in Philadelphia
To Top
error: Content is protected !!
Top