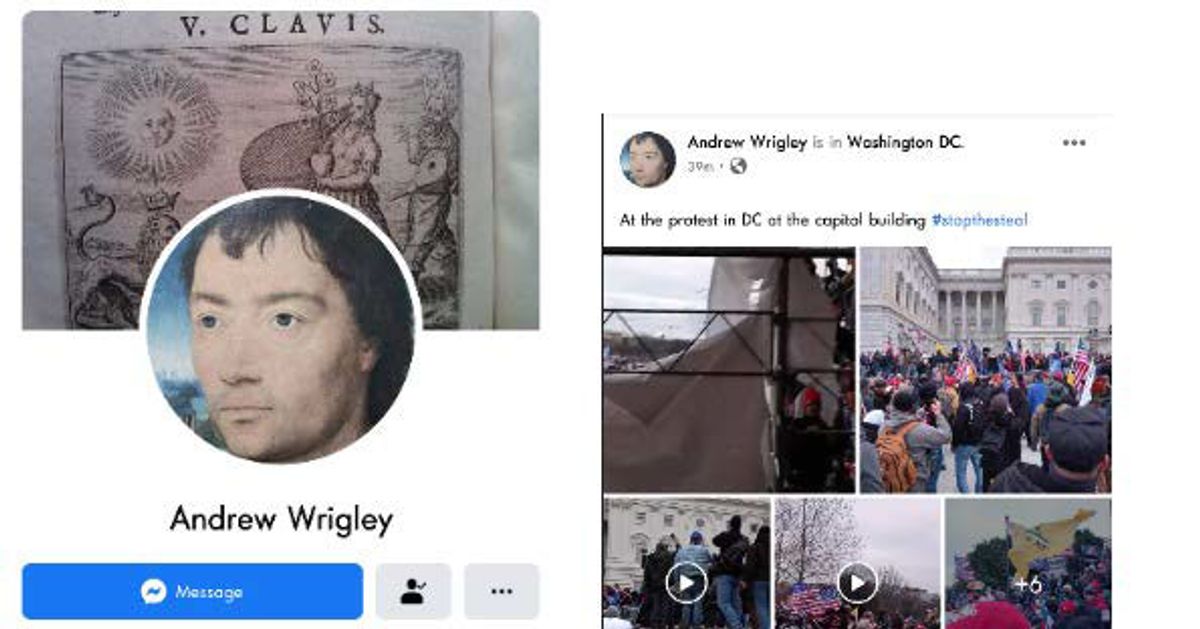 After taking part in the insurrection at the Capitol building in Washington, DC earlier this month, the Pennsylvania-based artist Andrew Wrigley was arrested and charged by federal authorities with knowingly entering or remaining in a restricted building or grounds without lawful authority as well as violent entry and disorderly conduct. According to an affidavit filed by the United States Capitol Police with the US Attorney’s Office in Washington, DC, Wrigley was identified through multiple posts across social media platforms on the day of the deadly riot, including selfies and videos with captions stating: “At the protest in DC at the capitol building #stopthesteal” and “At the protest in DC. I went inside the capitol building and got tear gassed”. His Instagram and Facebook accounts, which contained photos of him both inside and in front of the Capitol, have since been taken down.According to court documents, Wrigley was released from federal custody and ordered to surrender his passport and avoid travel to Washington, DC or Harrisburg (the state’s capital, where there are concerns further protests might be staged by Trump supporters) for the duration of his case. He was also ordered not to possess any firearms or visit any property where they are present.

Wrigley posted a selfie in front of the Upper West Terrace door in the Capitol building on social media. Police matched other photos to his driver’s license picture (right)
US Department of Justice

Wrigley, who holds degrees from Pennsylvania Academy of the Fine Arts and the University of Delaware, is now one of more than 100 individuals to have been arrested for taking part in the insurrection. According to an artist statement on one of his websites, Wrigley’s practice is heavily concerned with exploring modern misconceptions of reality. “As consumers of media, we are confronted on all sides by the uniformity of the repeated image and the forced consensus of what others determine to be reality,” his statement reads, “This has a training effect on the imagination and has forced a visual orthodoxy on us.” The CV on a more recently updated site lists his most recent solo exhibition as 2015. On YouTube, Wrigley describes himself as a “painter as well as a shoemaker”. Wrigley has not yet responded to a request for comment by phone or email at the time of publication, and it is not clear if he is represented by a lawyer. The FBI has asked that any tips regarding the identity of those involved in the US Capitol riots be submitted here.