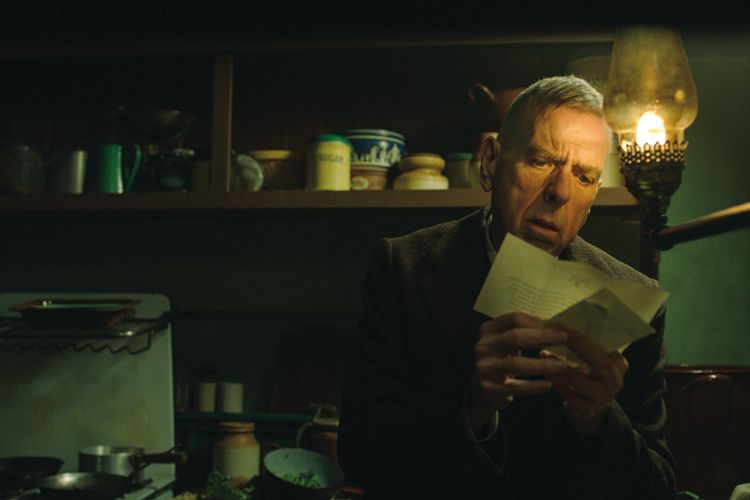 
Timothy Spall gives a virtuoso performance as L.S. Lowry in the film Mrs Lowry & Son, which had its world premiere at the Edinburgh film festival in the summer, and is released today. The late UK artist—known for his depictions of “matchstick” workers scurrying around the factories of northern England—spent seven years caring for his mother after the death of his father in 1932, with the film focusing on the tense relationship between the artist and his surly mum, played by Vanessa Redgrave. The pair lived in a terraced house in Pendlebury, Lancashire, in the shadow of the mills and chimneys. Steve Johnson, the current resident of the house, told The Guardian newspaper that he plans to erect a bronze statue of Lowry in his front garden “to tell people about him” and criticised the local council for not celebrating the artist. Councillor Stephen Coen, executive support for culture, leisure and sport at Salford City Council, told us: “It is incorrect to say that we don’t celebrate Lowry. We fought hard at Salford City Council to bring The Lowry to life at Salford Quays, a visual and performing arts centre to enrich peoples’ lives.” He adds also that the council is “working on a new project for people to rediscover one of the most famous sons of this amazing city”. Watch this space.

Hear Timothy Spall tell us how he brought the character of Lowry to life in the first episode of our new podcast series, starting Friday 6 September.