Portraits of the artist as a young man: Romare Bearden’s autobiographical collages 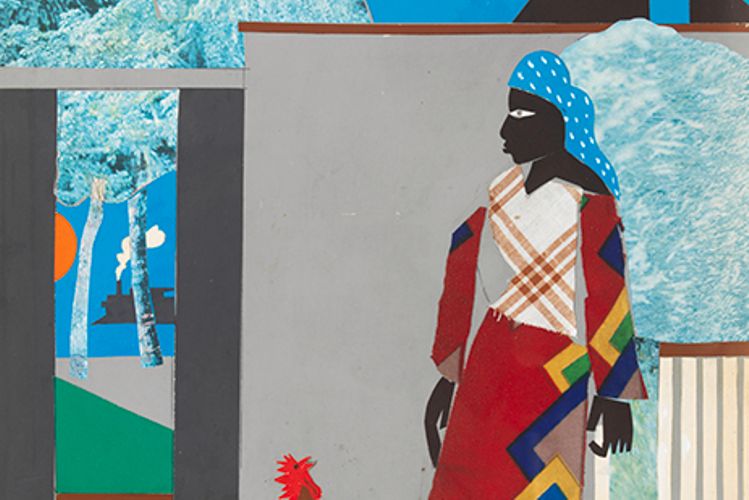 The US artist Romare Bearden, who died in 1988, is having his autobiography re-told at the High Museum of Art in Atlanta this month with the exhibition Something Over Something Else. The show will reunite around 30 collages from this two-part Profile Series in which Bearden looks back at his life as a boy and a young artist in the 1920s and 1930s. Bearden made the works following Calvin Tomkins’s 1977 feature-length biography in The New Yorker magazine’s “Profiles” section, titled “Putting Something over Something Else”, after Bearden’s statement: “I really think the art of painting is the art of putting something over something else”.

The collages—the largest section of the group exhibited since New York shows in 1979 and 1981—are placed in their original chronology with the handwritten captions that Bearden concocted with his friend, the writer Albert Murray. “I was especially fascinated by the captions that went with each of the objects, which really felt unique in Bearden’s oeuvre,” says Stephanie Heyt, the High’s curator of American art, who co-organised the show with the Bearden scholar Robert G. O’Meally. In the series of collages, Bearden “engages almost every kind of approach to artmaking that he had used over the course of his career”, Heyt says, referring to the magazine clippings, colour paper, layered fabric, watercolour and gouache. With these small-format works, “I feel like he’s begging you to come close, engage with him” Heyt says.