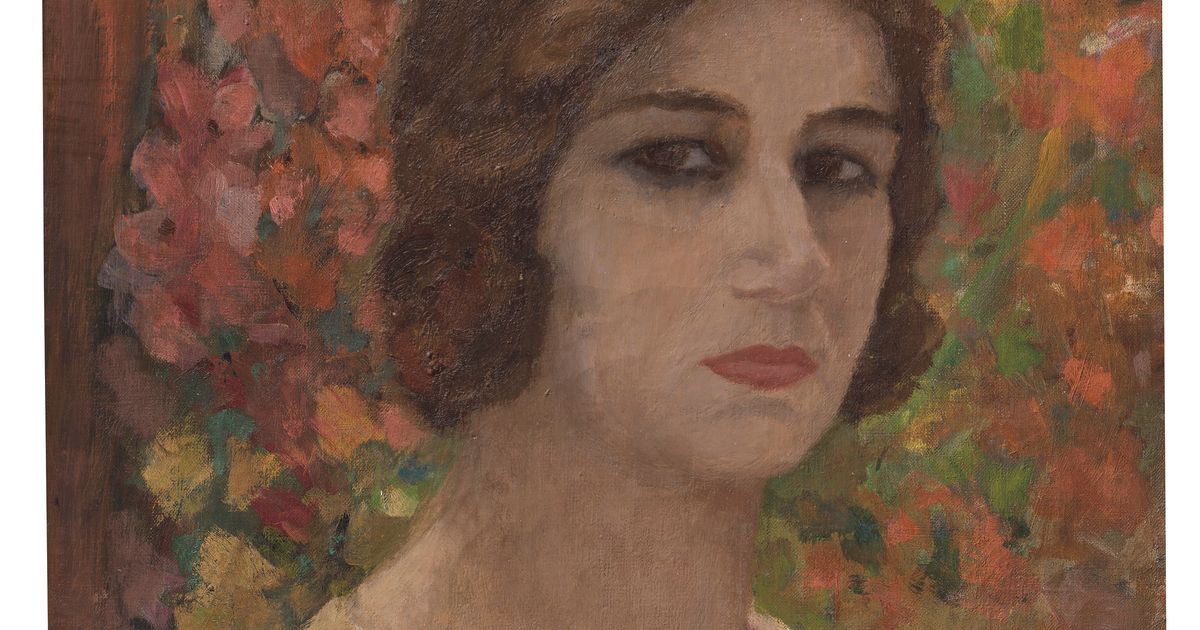 It was thought that the Hungarian-Indian painter Amrita Sher-Gil, widely considered one of India’s preeminent Modernist artists, made just three paintings of her close friend Denyse Prouteaux. Two of these hang in the National Gallery of Modern Art (NGMA) in Delhi, another was lost during the Second World War. But now a fourth has been rediscovered after more than 90 years out of the public eye and will be the star lot at Christie’s South Asian Modern and contemporary art sale in New York on 17 March.Sher-Gil met Prouteaux, an art writer and critic, when she was studying at the École des Beaux-Arts in Paris and their friendship was well documented in Prouteaux’s correspondence to her husband Philippe Dyvorne. Using this epistolary evidence, Christie’s has ascertained that the rediscovered work is most likely the “Russian style” painting that Prouteaux refers to in her letters and that it was executed around 1932, when Sher-Gil was barely 19-years-old. One year later, Sher-Gil was appointed an associate of the Grand Salon in Paris, a rare honour for a foreign and female artist. Upon Prouteaux’s death, the work was handed down to her son, and then privately changed hands twice, remaining in France throughout its existence. It was brought to the attention of Christie’s last year according to Nishad Avari, the auction house’s head of sale and South Asian Modern and contemporary art specialist. “Works by Amrita Sher-Gil do not come to the market frequently, particularly outside India. To find a work that is undocumented and that has not been seen for almost a century is extremely rare,” Avari tells The Art Newspaper.

Sher-Gil holds the record for most expensive work by an Indian woman at auction for her 1933 self-portrait that sold for $2.92m (with fees) at Sotheby’s New York in 2015 against a high estimate of $1.8m. The portrait of Prouteaux will be the eleventh oil painting by Sher-Gil ever to be offered at auction. Today, Sher-Gil is arguably India’s most famous female artist, credited in part for introducing Western Modernism to India before focusing on depictions of indigenous South Asian sitters in the latter half of her career, which was stopped short when she died of unknown causes aged 28. Of her 172 documented works, the bulk is held in the collection of the NGMA while the Kiran Nadar Museum of Art (KNMA) in Delhi also has a significant holding.”With very few paintings by Sher-Gil still in private collections, it is truly a privilege to discover a painting by this talented artist that was previously unknown to her collectors and admirers,” Avari says.In 1972, Sher-Gil became one of nine Indian artists whose work was declared a “national treasure” by the Indian government and is legally barred from leaving India. This means that, under current legislature, should the work be purchased by an Indian bidder, it cannot be sold outside of India again.The painting will be offered alongside a selection of 52 works by the Indian artist and teacher Benode Behari Mukherjee, being sold from the foundation of his daughter, the late artist Mrinalini Mukherjee. These include collage works created by Mukherjee after he became completely blind following a botched eye operation in 1958.

Meanwhile Sotheby’s New York Asia Week sales will bring a fresh to auction 1962 painting by Vasudeo S. Gaitonde, acquired directly from the artist in Bombay in the 1960s, from the collection of US physicist, Robert Marshak and his wife Ruth, estimated at $800,000-$1.2m. Alongside this Sotheby’s will offer a porcelain bowl purchased in a Connecticut yard sale for $35 that has turned out to be rare Ming-dynasty ceramic. It carries a high estimated of $500,000, nearly 14,300 times its original cost.

‘They’re kind of impolite’: the artist Carol Bove ruminates on her steel and aluminium sculptures for the Met’s façade
Bloomberg Philanthropies grants for street murals open for applications
To Top
error: Content is protected !!
Top