Seller beware: how to avoid being duped by an artful dodger 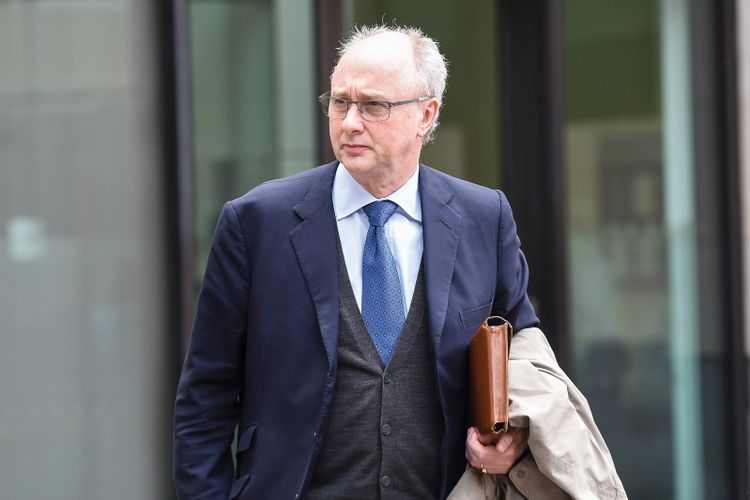 The case of Timothy Sammons, who was sentenced in New York to between four and 12 years in prison, reinforces the importance of due diligence
John M. Mantel for dailymail.com

In the culmination of a high-profile, multi-year larceny case, Timothy Sammons, 63, pleaded guilty to fraud and grand larceny in the New York State Supreme Court in July. “Timothy Sammons had lying, scamming and stealing down to a fine art,” Manhattan District Attorney Cyrus Vance said after sentencing the British art dealer to four to 12 years in prison.

Prosecutors alleged that between 2010 and 2015, Sammons misinformed clients in the UK, US and New Zealand about the timing of certain sales, used works entrusted to him as personal collateral to secure millions of dollars in loans and redirected proceeds of sales to pay off other victims of his Ponzi-like scheme. The prosecution also claimed Sammons occasionally failed to tell collectors that their works had been sold and, when they demanded their return, he either asked for their patience or ignored them altogether. Works of art named in the case include Pablo Picasso’s Buste de Femme, Marc Chagall’s Reverie and Paul Signac’s Calanque de Canoubiers.

Charming, privately educated and with an office in Mayfair, Sammons looked and sounded the part. Gregor Kleinknecht, a partner at Hunters Law, which acted for a client who lost a valuable painting through Sammons, says it was easy to be deceived by the dealer, even if someone carried out due diligence and asked around before entrusting works to him. Clients also waited too long to take action., he says.


Chagall’s Reverie was among the works of art named in the case
Photo: Manhattan District Attorney’s Office

“The art and the money were gone and Sammons and his company had insufficient funds to satisfy judgments against them,” Kleinknecht says. The lesson to be learned? Act and obtain advice immediately as soon as you suspect something is awry. “At least some of Sammons’s customers may have been able to retrieve their works had they acted earlier and applied for an injunction,” Kleinknecht says, adding that registering a work with the Art Loss Register as lost or stolen can be a less radical alternative than going straight to court.

Kleinknecht urges sellers to consider whether they really need to use an intermediary but, if a broker is needed, he cautions to avoid letting them take possession of the work or handle the sale proceeds. “The intermediary could then arrange viewings but would not be entitled to retrieve the work without the seller’s consent,” he says. “The old saying still applies that ‘possession is 9/10 of the law’.” Instead, consider placing the work with an art logistics company with viewing facilities.

Becky Shaw, a senior associate at Boodle Hatfield, stresses the importance of a comprehensive consignment agreement, including terms such as the period of consignment, method of sale, minimum price, commission, communication of offers, liability for loss or damage, responsibility for insurance, payment terms, passing of title, return of the work if unsold, provisions for early termination, liability for expenses, liability for VAT and/or any other taxes arising on the sale and, potentially, confidentiality provisions.

If the agent is based overseas, “advice should be obtained from a lawyer qualified in that jurisdiction”, Kleinknecht says.

In some cases involving Sammons, the sellers of paintings did not even know when a painting had been sold, let alone for how much. A dealer may not be willing to disclose the identity of a buyer or the terms of a sale for confidentiality reasons but, as a minimum, “the dealer should provide a statement showing the amount for which the work was sold and any deductions for taxes and expenses, and the amount due to the owner,” she says.

But Kleinknecht says it is legitimate to ask the intermediary for the details of the buyer and, in the EU at least, “under the new money laundering scheme to be implemented pursuant to fifth Anti-Money Laundering Directive [to be introduced in the UK and EU next year], this is information on which the intermediary will need to have carried out client due diligence in any event”.

One final, fundamental point: never release a work of art until you have received cleared funds and, Kleinknecht urges prospective sellers, payments should be handled through an escrow arrangement.