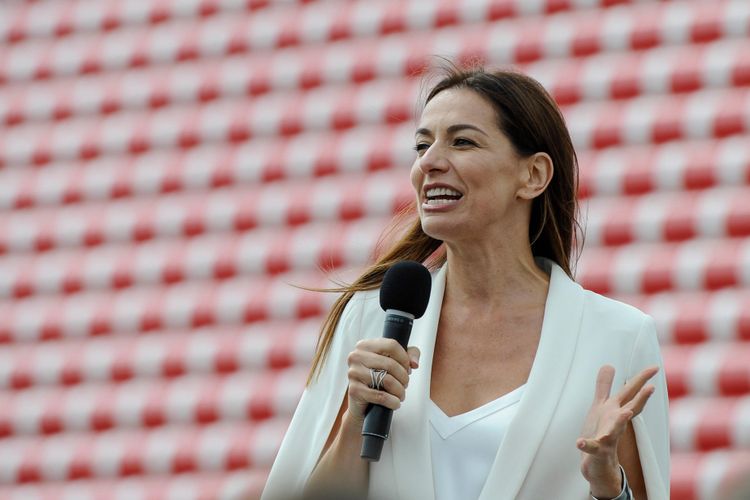 Yana Peel, the chief executive of the Serpentine Galleries in London, has stepped down after three years in post. The move follows a report in the Guardian newspaper linking Peel to the Israeli cybersecurity firm NSO, which has been criticised by human rights organisations. Peel says in a statement that “the work of the Serpentine, and its incomparable artistic director [Hans Ulrich Obrist], cannot be allowed to be undermined by misguided personal attacks on me and my family.”

US corporate records show that Peel is an “indirect owner” of “25% but less than 50%” of the Novalpina Capital Group, which was co-founded by Peel’s husband Stephen. The Guardian reports that NSO was taken over earlier this year by Novalpina.

According to a statement issued by Novalpina on 14 June: “Funds managed by Novalpina Capital LLP, an independent European private equity firm, together with the founders and management of NSO, completed the acquisition of a majority stake in NSO Group, an Israeli cybersecurity company, on March 18th.” Peel told the Guardian that she has “no involvement in the operations or decisions of Novalpina, which is managed by my husband, Stephen Peel, and his partners.”

Last year, a report by Amnesty International criticised the activities of NSO, alleging that the firm was using spyware technology to target activists working on human rights in Saudi Arabia. Stephen Peel says in a statement: “Novalpina and NSO are committed to do whatever necessary to ensure NSO’s technology is used only for its intended lawful purpose—the prevention of harm to our fundamental human rights to life, liberty and security from acts of terrorism and serious crime.”

The board of the Serpentine Galleries, which is chaired by the former New York mayor York Michael Bloomberg, pays tribute to Peel’s achievements as chief executive. “During Yana’s tenure as CEO, the Serpentine grew reserves, significantly increased support by growing total income and established an international donor programme in Asia,” says a statement from the board. Peel also oversaw the gallery programme, encompassing projects by artists and architects including Grayson Perry, Christo, Arthur Jafa, Rose Wylie, Francis Kéré and Frida Escobedo.

Nicholas Serota, the chair of Arts Council England and former Tate director, tells The Art Newspaper: “Yana Peel has great integrity and has been a very successful [CEO] for the Serpentine. She has brought energy and confidence to the gallery at a time when the inevitable financial pressures could have caused it to step back from its commitment to innovation and new ideas.” Serpentine Galleries receive 14 % of its annual operating income from Arts Council England.