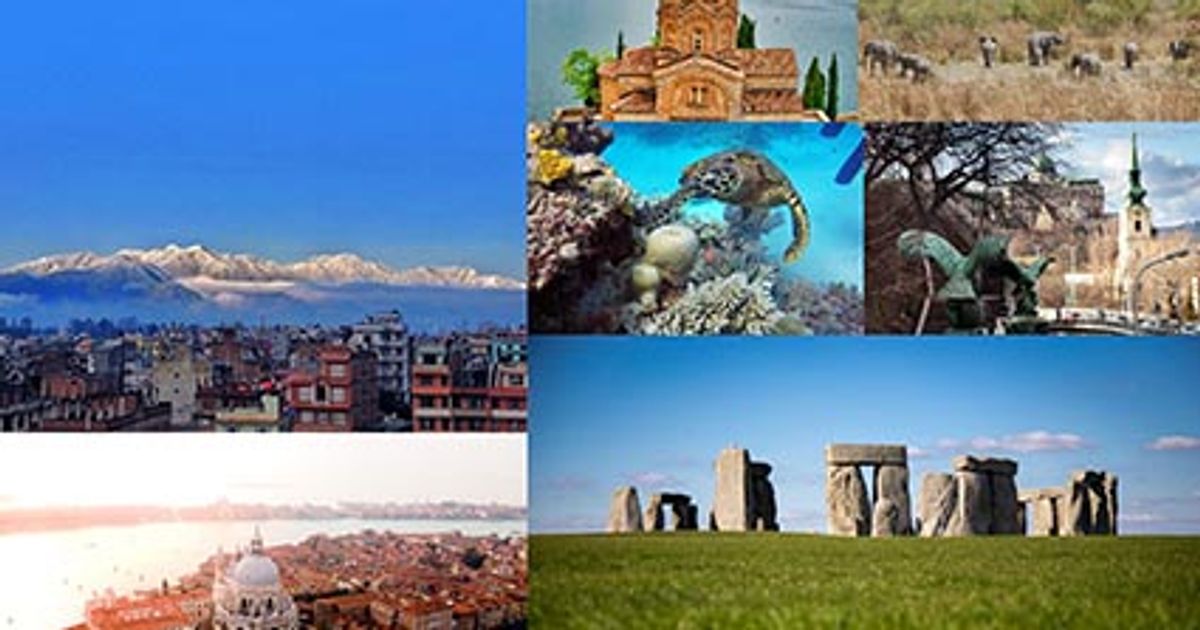 Seven years after Venice was first threatened by Unesco with being put on its list of World Heritage in Danger, the issue will come up again at its World Heritage Committee Meeting in Fuzhou, China, on 16-31 July.The draft recommendation on Venice by the Unesco World Heritage Centre, ICOMOS and ICCROM, is that “the continued deteriorating effects of human intervention, combined with climate change on the vulnerable lagoon ecosystem, threaten to result in irreversible change. The resolution to these long-standing problems is hindered by a lack of overall vision and low efficiency of the integrated coordinated management on all stakeholder levels. These factors warrant the inscription of the property on the list of World Heritage in Danger.” It is not known whether the return on 5 June of a vast cruise liner to the centre of Venice despite an Italian government decree banning such ships has influenced this recommendation.Six other sites are recommended for listing. In the case of Kathmandu Valley in Nepal, Unesco says that the recovery process remains inadequate to deal with the consequences of the 2015 earthquake. Certain specific sites are singled out as being especially in need of conservation, including Hanuman Dhoka Durbar and Bhaktapur Durbar Palaces, the Changunarayan complex and Vishwarupa Temple (Pashupati), but, says Unesco, there is a tendency for the government to focus on monuments at the expense of traditional urban housing and ancient settlements. With the centre of Budapest and the banks of the Danube, Unesco’s concern is that the the urban fabric is being damaged by unsympathetic and unplanned modern developments and, in particular, that Buda Castle is being rebuilt in a manner that challenges “the authenticity and integrity of the property and runs counter to prevailing international norms and standards of conservation and reconstruction”, supposedly in order to enhance its “national identity” and return it to its “pre-Communist state”.The Neolithic monument of Stonehenge in England is threatened by a tunnel under the site with an open dual carriageway approach. A longer tunnel that would substantially reduce or remove the carriageway is dismissed by the British authorities as too expensive, despite the recommendations of the World Heritage Centre and Icomos advisory mission in 2018. Unesco states, “It is regretted that for such an iconic World Heritage property, the argument persists that the perceived benefits of a longer tunnel do not outweigh the costs.” The W-Arly-Pendjari nature reserve spread over Benin, Burkina Faso and Niger is at risk from armed terrorist groups, poaching, illegal grazing and gold-panning; furthermore, Unesco says, Burkina Faso displays a total lack of management for the part of the complex within its borders. Uncontrolled tourist development on both sides of the frontier is wrecking the region of Ohrid, divided between Albania and North Macedonia, which in 1980, when it was given World Heritage status, was exceptional for the well-preserved old towns of Ohrid and Struga set in an almost untouched natural landscape of exceptional beauty. The implications of global climate change are to the fore in the case of Australia’s Great Barrier Reef, the outlook for which, according to Unesco’s report, has declined from “poor to very poor” … with the deterioration of the ecological processes “more rapid and widespread than was previously evident… the property having suffered significantly from mass coral bleaching events in 2016, 2017 and 2020”.Currently, there are 53 sites on Unesco’s Danger List, only four of which are in the West. The proposed addition of four more sites in Europe is perhaps a sign that Unesco is reacting to widespread suggestions that it is too subservient to its more influential member states, many of which consider inscription on the list a dishonour. It is certainly the case that the Italian government intervened in 2016 to prevent Venice from being listed and it remains to be seen whether it will do so again successfully this time.

A new Van Gogh work discovered hidden in a book
‘I want the UN to come and see what has happened here’: Canadian Indian residential school survivor speaks out for victims in his art
To Top
error: Content is protected !!
Top