Sotheby’s newfound privacy gives it greater freedom, but at what cost to the rest of us? 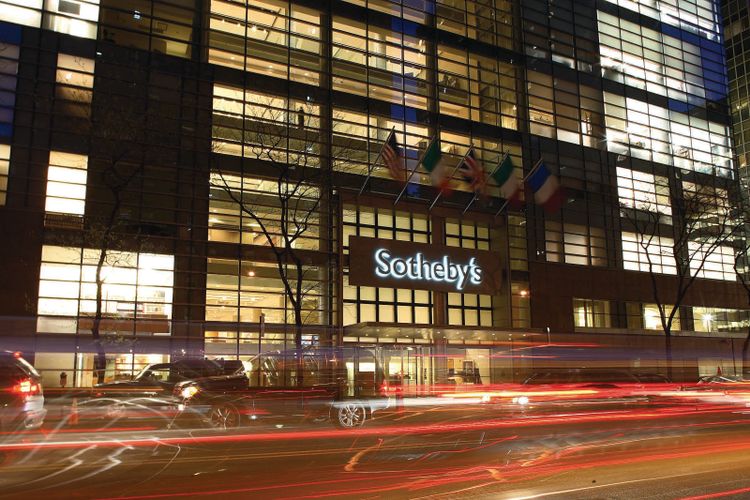 “The time is right for Sotheby’s to return to private ownership to continue on a path of growth and success.” So said Domenico De Sole, the chairman of Sotheby’s Board of Directors, when the company announced yesterday that it had been acquired by the French-Israeli telecoms magnate Patrick Drahi’s company BidFair USA for the tidy sum of $3.7bn.

In truth, it was time the publicly quoted company went private. It was constantly at a disadvantage compared to the world’s leading auction house, Christie’s, because of the necessity of reporting its financial results every quarter. This revealed fine details such as the level of guarantees and other information, such as the existence of defaulting buyers. Once hidden behind the veil of secrecy of a private company, Sotheby’s will be battling Christie’s on the same terms and will be freer to do advantageous deals and outbid its rivals when consigning key works without the world knowing.

However, that veil will certainly not improve the transparency or accountability of the art market at the upper end. While the financial deals carved out by Christie’s with buyers, sellers and third-party guarantors (one of whom is often thought to be the firm’s owner itself, François Pinault) remain a closely-guarded secret, Sotheby’s obligatory filings were revelatory in many cases. With the privatisation, says Evan Beard, the National Art Services Executive of the Bank of America: “The market will likely gain in flexibility,” but he expects to see; “More competition and creative financing for top consignments.” And he adds: “The art market has lost its one publicly-traded economic bellwether.”

The sale means that the world’s two leading auction houses now belong to French billionaires, although Drahi has dual nationality and is domiciled in Switzerland. Will Sotheby’s culture change as a result? Drahi has already affirmed that he has “full confidence in Sotheby’s management, and hence do not anticipate any change to the Company’s strategy.” Under its chief executive Tad Smith the firm had already embarked on a flurry of acquisitions, from the art advisory firm AAP to analytics company Orion and the AI tech start-up Thread Genius.

But Drahi does not come to the table with an entirely straightforward reputation. In France, where he built up his $7.7bn fortune—the 190th in the world, according to Forbes—in telecoms, his highly leveraged deals and cost-cutting at the  communications giant SFR were wildly unpopular. A graduate of the Ecole Polytechnique, France’s most prestigious institution, he remains a financier above all and is not known as a major art collector like François Pinault. Drahi’s approach was, reportedly, unsolicited and his exact motivations for buying Sotheby’s remain a mystery. In a statement he simply says he has been “passionate about this industry” all his life and that Sotheby’s “opportunities and growth potential are significant”. Whatever, it appears he has designs on expanding his status beyond the media and telecoms world.

This is not the first time Sotheby’s has been privatised. When the shopping mall mogul Alfred Taubman sized up the ailing Sotheby’s in 1983, he was seen by the company’s board as the “white knight” who could save the company from “Toboggan and Skid”—two financiers, Marshall Cogan and Stephen Swid, which the board rather snobbishly deemed unacceptable. Taubman bought and privatised the company in 1984, but four years later took it public, listing it on the New York Stock Exchange under the ticker BID. Today it is the oldest company listed on the exchange, but this will end in the fourth quarter of this year, when the change to private ownership will be completed.