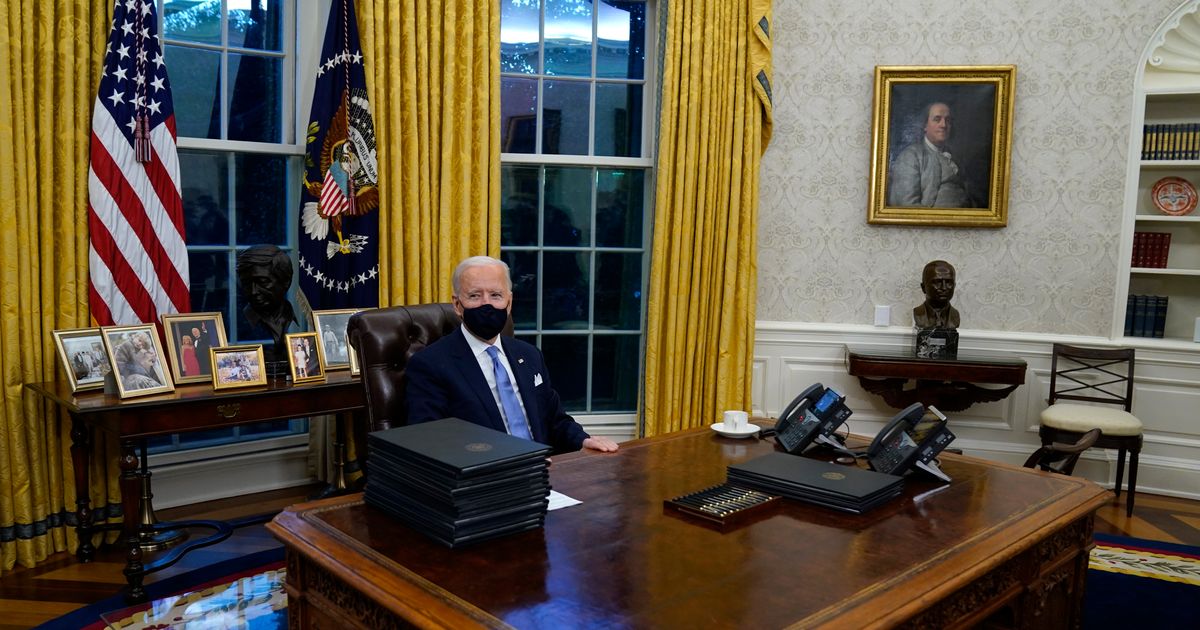 In his first day in office, President Joseph R. Biden Jr. revamped the White House’s Oval Office in Washington, DC, with artworks that aim to symbolically reflect his administration’s strides toward a more unified America. The centrepiece of the room—installed above the “Resolute desk”, the 19th-century oak desk given to the US by Queen Victoria in 1880 and used by most presidents since then—is a portrait of the former president Franklin D. Roosevelt, who is known to have restored public confidence in the government amid the depths of the Great Depression, a challenge that some have likened to Biden’s predicament in dealing with the coronavirus pandemic and easing civil unrest in the US.  The office also includes portraits of founding fathers Thomas Jefferson and Alexander Hamilton—who both served in President George Washington’s cabinet but harboured opposing visions for the nation’s future—that are hung near one another.Other important historical figures are represented, including paintings of Washington and Abraham Lincoln, and busts of Reverend Martin Luther King Jr, labour organiser Cesar Chavez, Civil Rights leader Rosa Parks, First Lady and activist Eleanor Roosevelt and President Robert F. Kennedy. The office also includes an equestrian sculpture by the renowned Apache artist Allan Houser that once belonged to the late Democratic senator of Hawaii, Daniel K. Inouye, the first Japanese-American elected to both houses of Congress.Noticeably gone is a portrait of President Andrew Jackson, who signed the Indian Removal Act in 1830 that forced many Indigenous communities to leave their ancestral lands, and resulted in thousands of deaths. In its place is a portrait of statesman and scientist Benjamin Franklin.

Comment | Tearing down troubling statues is not lying about our history—it is removing impediments to truth
Is Van Gogh hiding at the back of this Toulouse-Lautrec drawing?
To Top
error: Content is protected !!
Top