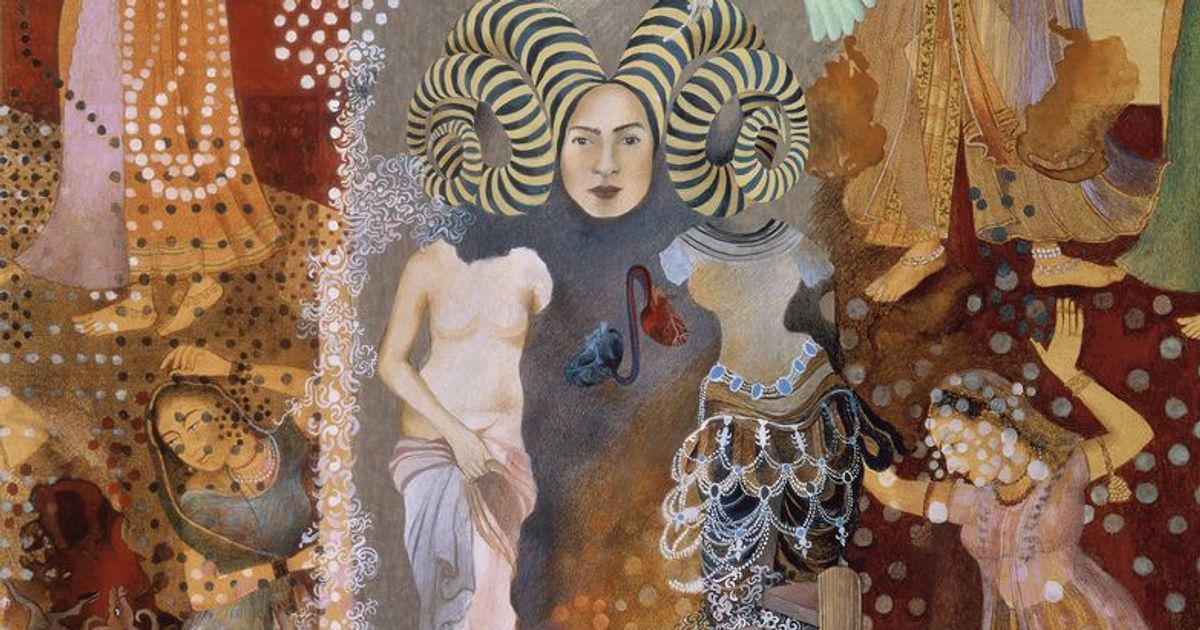 Shahzia Sikander: Extraordinary RealitiesUntil 26 September at the Morgan Library and Museum, 225 Madison Avenue, ManhattanThe Pakistani-American artist Shahzia Sikander, best known for her works that revive and reimagine illuminated manuscript traditions from South and Central Asia in a contemporary feminist context, presents around 60 early works in this exhibition that mark the start of her interrogation into the colonialist impact on Islamic and South Asian pictorial traditions. The works investigate the politics of provenance, ownership and the narration of South and Central Asian manuscripts, and also respond to the lack of South-Asian representation in Western feminist art scholarship. The show includes several books Sikander selected from the Morgan’s collection, as well as her first exhibited sculpture, the patinated bronze Promiscuous Intimacies (2020) that reimagines the protagonists of her paintings in a sculptural format, blending elements of the mythological characters Venus and the Devata.

Chloë Bass: The PartsUntil 20 September at the Center for Brooklyn History, 128 Pierrepont Street, and the Central Library, 10 Grand Army PlazaChloë Bass has created a series of text-based outdoor installations that careen into and through the atonal rhythms of everyday life. Six window films are placed in street-facing windows, and a number of aluminum signs are installed throughout the building’s exterior, some bearing diaristic text that the artist wrote documenting the past year, and others with images taken by her. “We played in cold parks, watching tulips bloom and waiting for the true spring to come, believing warmth would kill the spread,” reads one sign. “Calling from our joint isolation but failing to reach me, my mother left a voicemail apologising for any time she’s embarrassed me or betrayed my confidence—not the first of its kind, but rare,” reads another. The measured tone and slight remove between the language and the present moment (along with Bass’s clear command of language and her consideration of the fruitful friction created when placing such private texts into such a public space) allow just enough air in to give the described scenes some buoyant poignancy, giving permission for us to step back and recognize the poetics of our every step.

Ali Banisadr: These Specks of DustUntil 26 June, Kasmin Gallery, 509 West 27th Street, ManhattanThe Iranian-born, New York-based artist Ali Banisadr’s first solo exhibition with Kasmin Gallery takes its title from the 1799 Goya etching Those Specks of Dust, part of the Spanish master’s 80-print series Los Caprichos, in which the artist often used surreal and mythological imagery to point at the absurdities of the world and of the society in which he lived. Banisadr’s works also have qualities of the mythological, and recognizable figures, forms and landscape elements continually emerge from the largely abstract paintings. The paintings seem to translate our present historical moment into a sort of epic, whether it’s the anxieties of Covid-19 captured in Only Breath (2020) or the presence of hope captured in The Healers (2020). The paint itself is handled in a manner that emits both massive amounts of energy and a sense of tranquility—think perhaps of a marriage between Hieronymus Bosch, Sam Gilliam, and Cecily Brown; though such a comparison risks dramatically oversimplifying Banisadr’s touch.