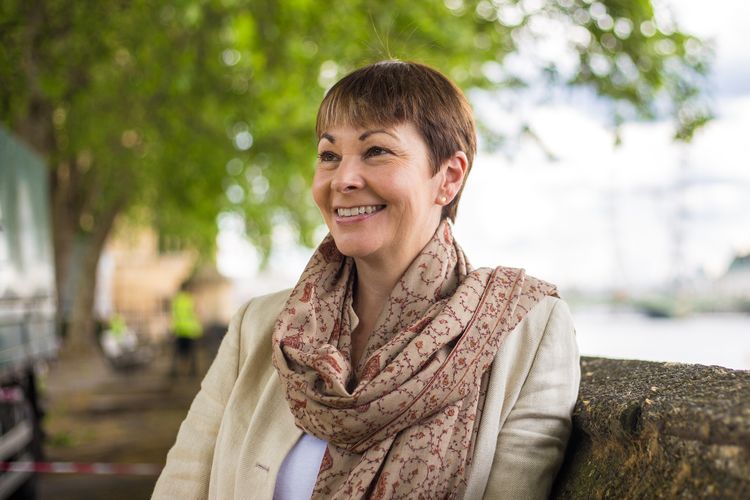 Caroline Lucas, the member of parliament for Brighton Pavilion, is known for her anti-Brexit stance
Courtesy of Towner Art Gallery


One of the UK’s most prominent politicians, Caroline Lucas, will curate an exhibition at the Towner Art Gallery in Eastbourne on the UK south coast this winter, selecting works drawn from the gallery’s permanent collection (23 November-10 May).

Lucas, the member of parliament for Brighton Pavilion, is known for her anti-Brexit stance. She will be given free rein, choosing works that “reflect and resonate with her passions and interests, from her environmental work, issues of climate change and effects on our landscape, to her love of living in Sussex”, says a gallery statement.

Lucas, who studied English literature at university, says she “leapt at the opportunity” to immerse herself in the 5,000-strong Modern and contemporary art collection. Her selection so far includes works by the late UK painter and illustrator Eric Ravilious and his wife, the overlooked artist Tirzah Garwood. Other artists under consideration include Jonathon Monk and Clare Richardson.


Tirzah Garwood’s Hornet with Wild Roses (1950) is part of the Towner Collection
© Estate of Tirzah Ravilious. All rights reserved, DACS 2019.


Other paintings selected, by artists such as Victor Pasmore, point to the changes in landscape over the past century. “How can we take all of this for granted?” Lucas says. “What are these familiar scenes going to look like over the next 50 years, a period that will be critical at a time of accelerating climate emergency?”

She also hopes to include an image of Beachy Head chalk headlands in East Sussex by the Turner prizewinning photographer Wolfgang Tillmans. “At this critical moment, being on the edge sums it up. We are at the cliff edge metaphorically, from an environmental point of view and in terms of political change,” Lucas says. A number of contemporary posters from local environmental campaigns reflecting public concern, highlighting the need for action, may also be included.

Some works will be shown in parallel with sculptures made by the UK artist David Nash whose survey of works, currently on show at the National Museum Wales in Cardiff, opens at Towner next month (200 Seasons, 28 September-2 February 2020). “There will be a dialogue for visitors between the two exhibitions via a shared environmental interest,” the gallery says.

“Nash’s wooden sculptures are awe-inspiring, reflecting nature that’s alive. The wood seems to live beyond the moment it’s been carved,” Lucas says. A piece by the Brighton-born artist Tania Kovats, who explores how landscapes are formed through her sculptures, will also be included.

Joe Hill, the director of Towner, says that the idea of using external curators opens up “meaningful conversations around the collection”. He adds that both the Nash show and Lucas’s curated display are about “changing the curatorial vision by focusing on the major issue of the environment. There is a time limit for reversing the impact on the planet.”