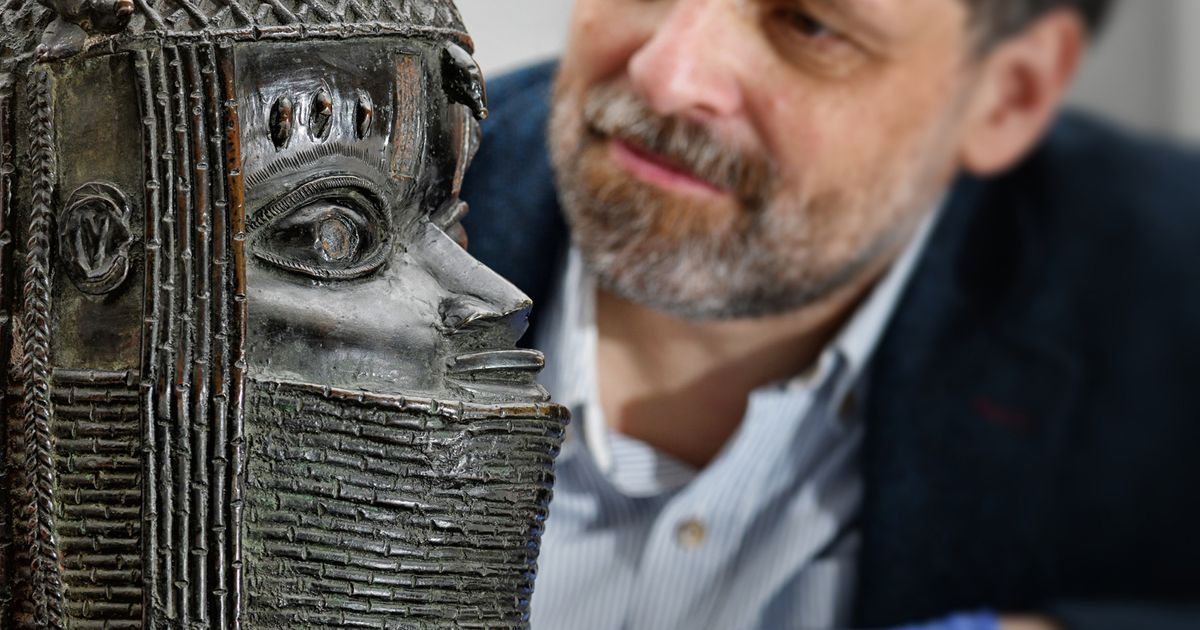 The University of Aberdeen has agreed to return to Nigeria a sculpture looted by British soldiers in a raid in 1897, becoming one of the first institutions in Europe to commit to restituting a Benin bronze.The looting of the royal palace of Benin was “one of the most notorious examples of the pillaging of cultural treasures associated with 19th-century European colonial expansion,” the university said in a press release. After the plunder of the royal palace, these treasures were widely traded and acquired by museums across Europe and in the US.Aberdeen’s sculpture of the head of an Oba (king) was “acquired in a way that we now consider to have been extremely immoral, so we took a proactive approach to identify the appropriate people to discuss what to do,” said Neil Curtis, the head of museums and special collections at the university. The university is making practical arrangements for the return of the sculpture, which will be eventually housed in a new cultural complex designed by David Adjaye in Benin City, the statement said.

The bronze sculpture depicting an Oba of Benin
Image: courtesy of University of Aberdeen

The University of Aberdeen’s museum is one of around 45 British institutions that holds the looted Benin artefacts—including reliefs, shrines, and carved ivory artefacts. In addition to Aberdeen, Jesus College Cambridge has also pledged to return a bronze cockerel.Aberdeen’s decision comes as Germany lays the groundwork to restitute hundreds of Benin bronzes in its public collections. A German foreign ministry delegation visited Benin City last week to negotiate a number of combined projects that is expected to be sealed by the summer. Foreign Minister Heiko Maas said yesterday that returning cultural heritage “is part of an honest approach to colonial history” and “a question of justice.”

The University of Aberdeen first approached the Nigerian National Commission for Museums and Monuments, the Royal Court of the Oba of Benin and the Edo state government in 2020, the statement said.“The reaching out by the University of Aberdeen and eventual release of the priceless antiquity is a step in the right direction,” said Alhaji Lai Mohammed, the Nigerian Minister of Culture. “Other holders of Nigerian antiquity ought to emulate this to bring fairness to the burning issue of repatriation.”

Allora and Calzadilla create a ‘haven’ from the horrors of the past year at the Menil Collection
In bidding confusion at Sotheby’s, unseen Van Gogh initially sells for €16.2m but is then resold for €13m at end of auction
To Top
error: Content is protected !!
Top