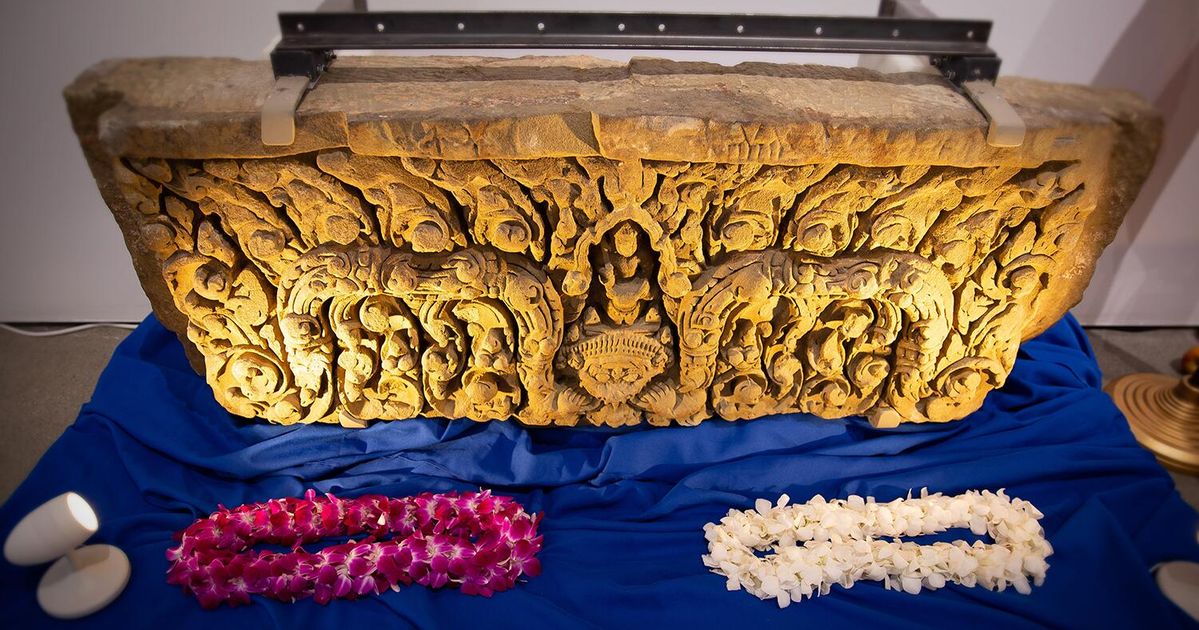 The US government announced today that it had turned over two stolen ancient sandstone lintels from northeastern Thailand dating from the ninth and tenth centuries to that country after retrieving them from the Asian Art Museum of San Francisco. The objects had been on display at the museum since it opened in 1996.The transfer of the hand-carved objects, created during the Khmer era and apparently stolen in the late 1960s and then donated to the city of San Francisco, followed a three-year investigation that involved US Homeland Security Investigations (HIS) officials in Bangkok and San Francisco as well as a prosecution drive by the US attorney for the Northern District of California. An agreement for their return was reached last year.The Los Angeles Times has reported that both lintels came from temples that Thailand had registered in the mid-1930s as national ancient monuments, and the Bangkok Post identified the sites as the Prasat Khao Lon historical sanctuary in Sa Kaeo and the Prasat Nong Hong in Buri Ram. The Post said that each lintel weighed around 680kg, and that the objects were expected to arrive in Thailand by air today and go on display soon at the Bangkok National Museum near the Grand Palace.The turnover to Thai consular officials was overseen by the city of San Francisco, which has operated the Asian Art Museum since it opened, but the repatriation ceremony took place in Los Angeles. “I wish the story of the Thai lintels will help raise awareness to prevent removal of historic, religious and cultural treasures from their original sites, in local communities,” said Manasvi Srisodapol, Thailand’s ambassador to the United States, in a statement.Global law enforcement officials have aggressively expanded the fight against the theft of antiquities integral to cultural heritage and illicit trafficking, with dozens of governments working in tandem with one another.