What am I actually buying? Performance art-only fair in Brussels faces challenge of materiality 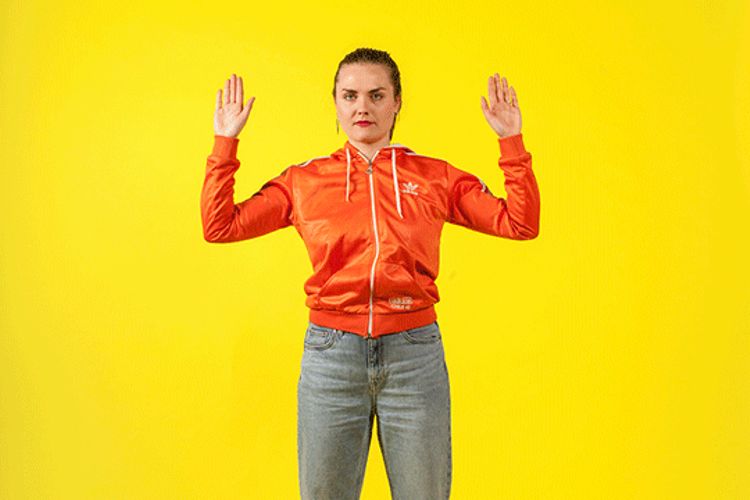 Maria Pask’s Routine #2 – La Bouche, Be my Lover from the performance I can’t bend that far (2017-ongoing)
Courtesy of the artist and Ellen de Bruijne Projects


The organisers of A Performance Affair, a fair dedicated exclusively to performance art due to take place in Brussels next month (5-8 September), say that the “discipline is still struggling to find its place in the market” despite its growing popularity at both fairs and cultural institutions. The second edition of the fair, entitled re:production, will take place over two floors of the Vanderborght Building in the centre of the city during Brussels Gallery Weekend. More than 30 participants will feature including Christian Jankowski (Lisson Gallery), Claudia Comte (Gladstone Gallery) and Maria Pask (Ellen de Bruijne Projects).

Crucially, collectors are still confused by what is actually available to purchase, says the fair’s co-founder Liv Vaisberg. For instance, some artists issue instructions for performance re-enactment, others offer props or video documentation via their dealers. “Everything is for sale,” says Vaisberg. “Nobody has, however, really questioned the saleability and sustainability of this practice.”

In a bid to introduce more rigour, both she and co-founder Will Kerr have asked all participating galleries to fill in a “protocol” form, which includes questions such as “Can the performance be reactivated by the institution or collector who acquires it? If so, how?” and “Is there any residue (objects, video documentation, etc.) resulting from the performance that are part of the sale?”

A selection committee made up of eight members including the French artist Orlan and Aaron Cezar, the founding director of London’s Delfina Foundation, helped select the works. “Some galleries approached us, some dealers were approached by people on the committee,” Vaisberg says. There is no charge per square foot for stands—the traditional costing system used by most other fairs—but a set fee for so-called “platforms” (floor space).


The Belgian artist Lieven Segers will show a “performative installation”, says Bart Vanderbiesen of Base-Alpha Gallery in Antwerp. “The performance Help is a rather simple action of a manual inflation of a big white balloon (60cm wide). The letters H-E-L-P are written on the balloon, which is placed above a large rotating fan, after it’s inflated.”

He adds: “When someone purchases it, it comes with a lifetime engagement that the artist is willing to re-install the work once a year on a chosen moment. It can be intimate—for the collector himself—or for instance at a birthday party or a dinner.” The price is €3,500 though there may be extra transport costs.

Asked if the work could be sold on the secondary market, Vanderbiesensays: “The re-installment ends when Lieven or the buyer dies. But I guess they can resell it if they want to.”

The Welsh artist Maria Pask, represented by Amsterdam-based Ellen de Bruijne Projects, will show I can’t bend that far (2017-ongoing), a piece executed by three performers who gyrate to 1990s dance tracks, following instructions on a video. The price is €6,500, and includes the video, certificate, contract and manual, but excludes the equipment for video and sound and the performers.