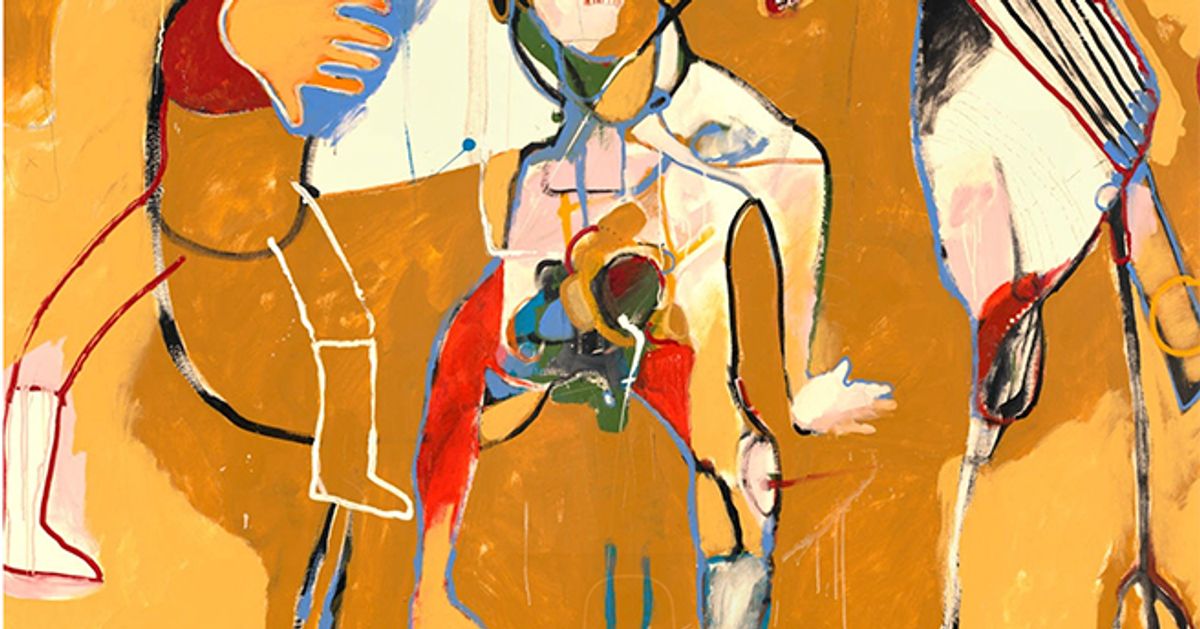 In honour of Native American Heritage Month in the US, museums are boosting their online programming to uplift Indigenous voices. The month-long memorial was established in 1990 to reflect on the destruction and displacement of Indigenous communities after the arrival of European settlers, and to celebrate the achievements of present-day Native Americans, who belong to the more than 570 federally recognised and around 245 unrecognised tribes across the country. Indigenous visual culture has been historically appropriated—often in highly misunderstood ways—and contemporary Indigenous artists still struggle for representation in the art world. Since many US institutions are once again closing due to rising numbers of coronavirus cases, or will be temporarily shut for the federal holiday this week, we have chosen some virtual exhibitions and events that readers can experience from home.

Rick Bartow, Coyote and Crow Story (2014)
Courtesy of The Autry Museum of the American

The Autry Museum of the American West in Los Angeles is hosting the online exhibition When I Remember I See Red: American Indian Art and Activism in California until January 2021. The show was conceived by the late artist Frank LaPena, who died last year aged 83 and was best-known for his spiritual and philosophical paintings depicting the ceremonial traditions of the Nomtipom Wintu tribe in Northern California. The show features paintings, sculptures and installations by various contemporary Indigenous artists like Judith Lowry (Maidu/Pit River), the late painter Rick Bartow (Wiyot/Mad River Band) and others who work to “prevent the emptiness that the loss of culture or the indifference of society will impose”, LaPena wrote. The Smithsonian’s National Museum of the American Indian is hosting the Native Cinema Showcase, an annual festival in Washington, DC which is being held remotely for the first time, from 18-27 November. The programme includes award-winning films and documentaries by international Indigenous film-makers, including fan-favourite classics and new works like Blood Quantum by Jeff Barnaby (Mi’kmaq)—which reimagines a zombie apocalypse where the Indigenous population is immune. The National Museum of the American Indian is also hosting an online iteration of its provocative exhibition Americans, which opened at the museum in 2018 and brings together archival materials that offer a poignant glimpse into the present-day experience of Indigenous communities, like vintage advertisements and objects that present a fetishistic view of Indigenous life. Organisers have dedicated a section of the online show into a page devoted to the fraught history of Thanksgiving. The city of Houston has launched the Southern Plains Museum and Cultural Center, a virtual museum containing the collection of the former museum which was forced to relocate in 2017 and remains without a home. The project was funded by a $10,000 grant and aims to educate people on the history of the Apache and other tribes who descend from present-day Texas. The Minneapolis Institute of Art, which is temporarily closed due to the coronavirus pandemic, has launched the Virtual Care Package initiative, in which Indigenous artists, educators and healers share stories about resilience in times of crisis. The ongoing programme includes artists like Joe Bendickson Šišóka Dúta (Sisseton Wahpeton Oyate) and Katie Bendickson Wóokiyewiŋ (Upper Sioux) speaking about Dakota and Lakota works in the museum, which occupies Dakota land, as well as a list of educational resources on settler colonialism and land acknowledgement. And as major Indigenous art fairs were cancelled this year, like the Santa Fe Indian Art Market, the International Folk Art Market (IFAM) and others, many have launched online platforms and events to help alleviate some of the financial burden Indigenous artists and art dealers have faced this year. On 29 November, IFAM will present a Q&A with various artists to discuss the hard-hit Indigenous and folk art market amid the global health crisis.

Caffè Nero? The British Museum is looking for help with naming its blockbuster show on the Roman emperor
Model Anastasiia Bondarchuk: shooting for the NANOJY brand new campaign
To Top
error: Content is protected !!
Top