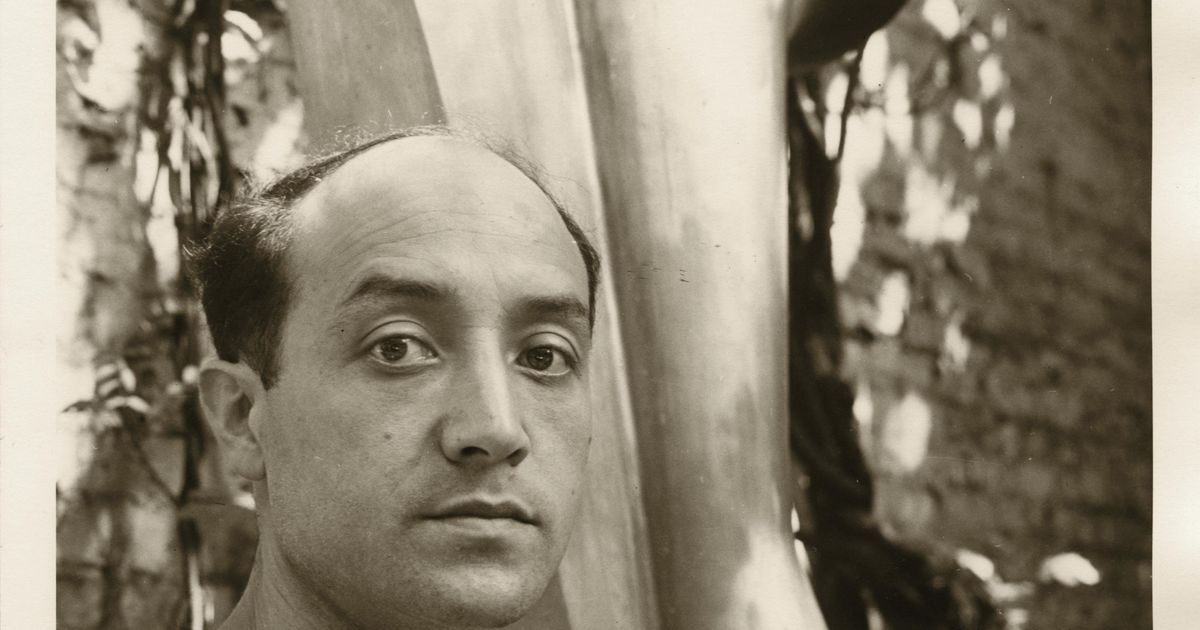 Isamu Noguchi in the courtyard of his MacDougal alley studio with Man Aviator (1943-49)
© The Isamu Noguchi Foundation and Garden Museum, New York/ARS. Photo by Gina Hohensee

White Cube continues to broaden its art historical remit, announcing today its exclusive worldwide representation of the 20th-century Japanese-American artist Isamu Noguchi. He was previously represented by Pace.The British gallery will work in close collaboration with the Isamu Noguchi Foundation and Garden Museum in New York.Jay Jopling, the founder and chief executive of White Cube says in a statement: “Isamu Noguchi’s extraordinary oeuvre places him among the masters of Modern sculpture. His ideas continue to have a profound influence on today’s artists, including many from White Cube’s roster—Cerith Wyn Evans, Theaster Gates, Antony Gormley, Gabriel Orozco, Doris Salcedo and Danh Vo—to name a few.” White Cube kicks off its representation with a presentation of Noguchi’s sculpture and design at Art Basel in Hong Kong (21-23 May) followed by a two-man exhibition with Gormley at the gallery’s new project space in Aspen, Colorado (3-28 August). Noguchi’s first solo show with White Cube takes place in February 2022 in Bermondsey, London.Born in Los Angeles in 1904, Noguchi consistently defied categorisation, beginning his career as a sculptor but also creating furniture, lighting designs, ceramics, architecture, landscape and set designs. In the mid-1920s, he worked in Paris as the first and only assistant of Constantin Brancusi, while his Akari light sculptures, crafted in Gifu in Japan from washi paper, bamboo, steel and iron have become classics of Modern design.The question of identity was fluid for Noguchi, who spent much of his life travelling back and forth between the US and Japan. In 1942, Noguchi voluntarily entered the Poston internment camp in Arizona in 1942 in solidarity with fellow Japanese-Americans who were viewed as “enemy aliens”. “With my double nationality and double upbringing, where was my home? Where were my affections? Where my identity? Japan or America, either, both—or the world?” Noguchi asked in his 1968 autobiography. In 1985, Noguchi opened the Isamu Noguchi Garden Museum, now known as the Noguchi Museum, in Long Island City, New York. It was the first time a living artist had established and designed their own museum to show their own work in the US.

‘I was brought here to get the company sold privately and that is done’: Amy Cappellazzo to leave Sotheby’s in July
In Minneapolis, plywood boards become protest art worth preserving
To Top
error: Content is protected !!
Top