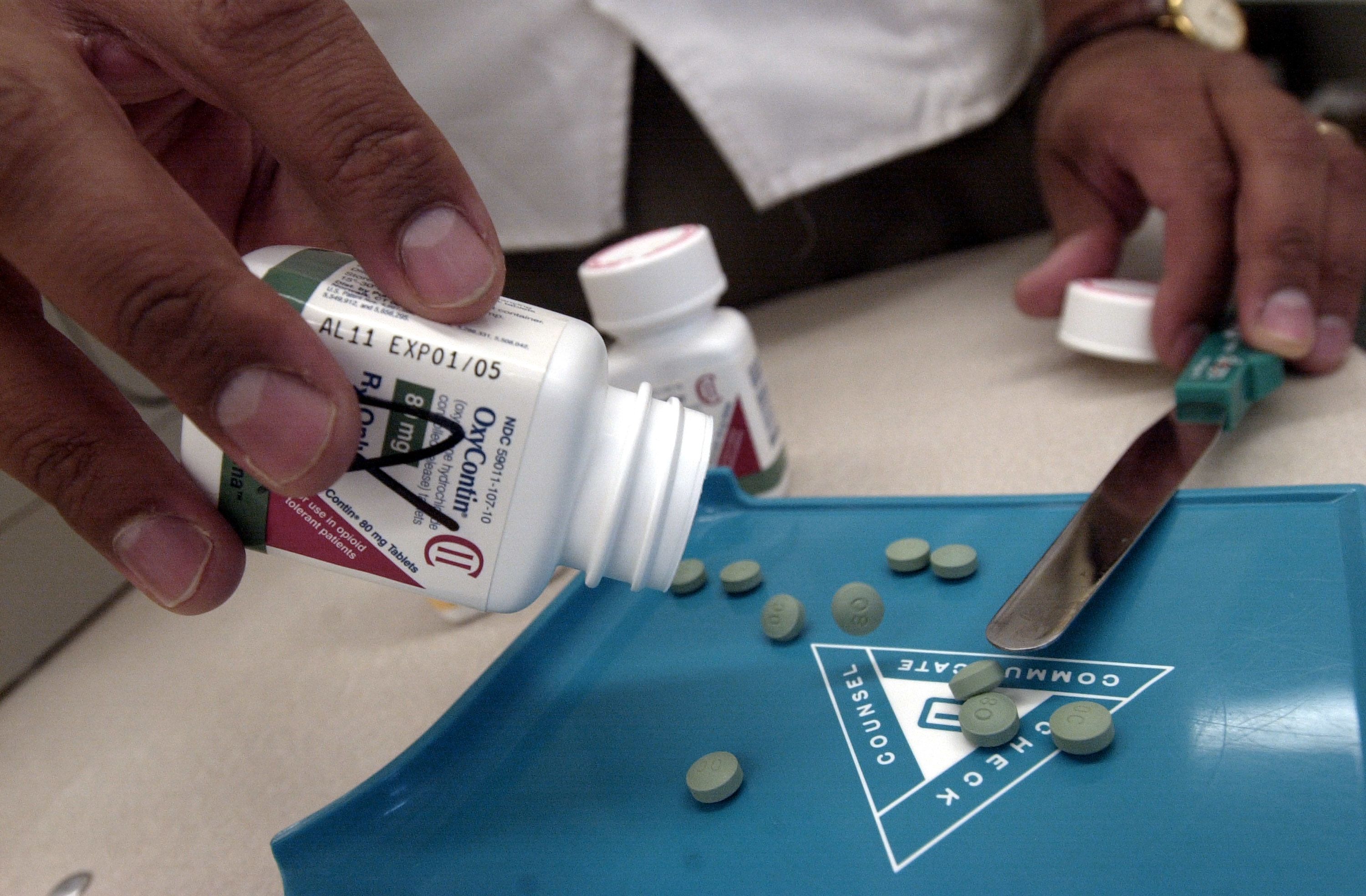 The prescription medicine OxyContin is displayed August 21, 2001 at a Walgreens drugstore in Brookline, MA.

Five state attorneys general have announced new lawsuits against the maker of OxyContin as they seek to hold the drug industry responsible for an opioid crisis.

Filings were announced Thursday by officials in Iowa, Kansas, Maryland, West Virginia and Wisconsin. With the suits, 45 states are now taking legal action against OxyContin maker Purdue Pharma, asserting that the company downplayed the addiction risks of its powerful prescription drug.

Several states are also other drugmakers or distributors.

Pennsylvania’s attorney general also announced a suit this week against Purdue, saying the company was not working in good faith on a settlement agreement. Purdue disputes that.

The company had a legal win this month when a North Dakota judge dismissed that state’s claim against the company.