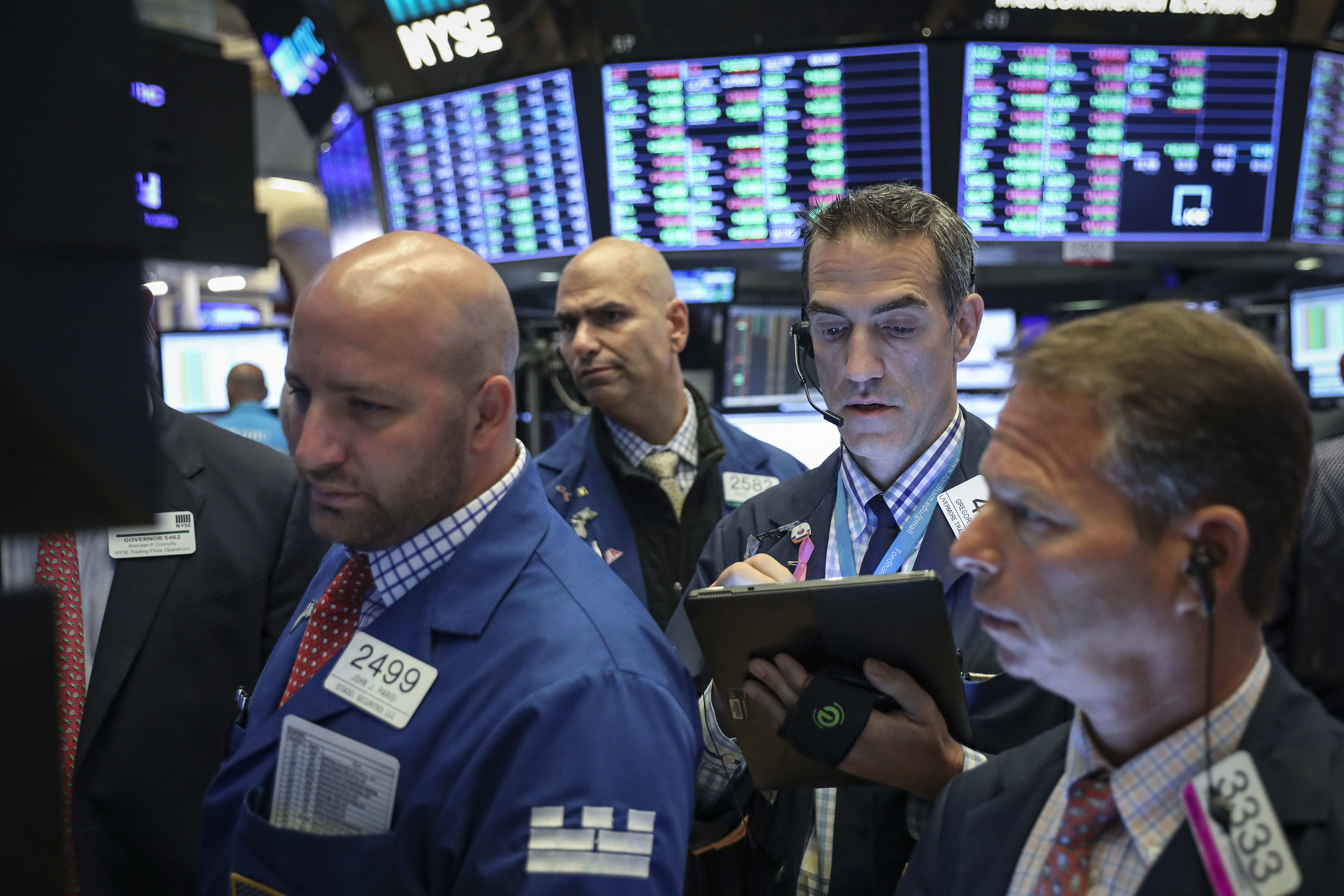 1. Dow set for a higher open after Trump’s China optimism

Traders and financial professionals work on the floor of the New York Stock Exchange (NYSE) at the opening bell on August 19, 2019 in New York City.

U.S. stock futures were pointing to a strong Monday open on Wall Street, after President Donald Trump said at the G-7 summit that China called and said it’s ready to come back to the negotiating table to look for ways to end the yearlong trade war. Before Trump’s remarks, Dow futures had been down 300 points overnight. On Friday, as tariff plans escalated on both sides, the Dow Jones Industrial Average sank 623 points, or nearly 2.4%. Bond prices were soaring and yields were inversely falling Monday. The 10-year Treasury and 2-year yields inverted several more times Friday, a move that’s widely seen as signaling a recession on the horizon.

Trump, speaking Monday at the G-7 summit in Biarritz in France, praised Chinese President Xi Jinping and welcomed his desire for a deal. The president also said, “They’ve been hurt very badly but they understand this is the right thing to do.” Treasury Secretary Steven Mnuchin on Sunday doubled down on the White House’s latest tariff hikes, which were announced Friday after China unveiled tariff retaliation for the planned U.S. new duties due to go into effect Sept. 1. Meanwhile, administration officials sought to clarify remarks that Trump made Friday, when he said he had second thoughts on escalating the China trade war. They later said the president meant he wished he had raised tariffs on Beijing even higher.

In Beijing, the Foreign Ministry said on Monday it had not heard of any phone call between the two sides on trade. Vice Premier Liu He, who has been leading talks with Washington, said Monday that China was willing to resolve the trade dispute through “calm” negotiations and resolutely opposed the escalation of the conflict. Liu also said that nobody benefited from a trade war, and that U.S. companies are especially welcome in China and will be treated well.

4. Tesla to hike prices in China earlier than expected

GP: Elon Musk, chief executive officer of Tesla Inc., speaks during an event at the site of the company’s manufacturing facility in Shanghai, China, on Monday, Jan. 7, 2019.

Tesla will raise prices in China on Friday, in an earlier than planned move, and it’s considering increasing prices again in December should Chinese tariffs on U.S.-made cars take effect, people familiar with the matter told Reuters. The American electric auto maker currently imports all the cars it sells in China, forcing it to adjust prices multiple times over the past year due to tariff changes. Reuters had reported earlier this month that Tesla was considering to lift prices in China from September.

5. Disney to open stores inside Target locations in time for the holidays

Twenty-five Disney stores will open at Target stores across the country this Oct. 4, ahead of the holiday season, in cities including Philadelphia, Denver and Chicago.

Target and Walt Disney have agreed to open 25 Disney stores inside Target locations across the country, including in Philadelphia, Denver and Chicago, starting in early October in time for the holiday shopping season. Expanding its collaboration with Disney, Target plans to open a small-format store right near the Walt Disney World Resort in Orlando, Florida, in 2021. Sunday’s announcement comes as Disney reveals new offerings at its D23 Expo and Target shares soared to record highs last week on strong second-quarter earnings.


— Reuters contributed to this report.