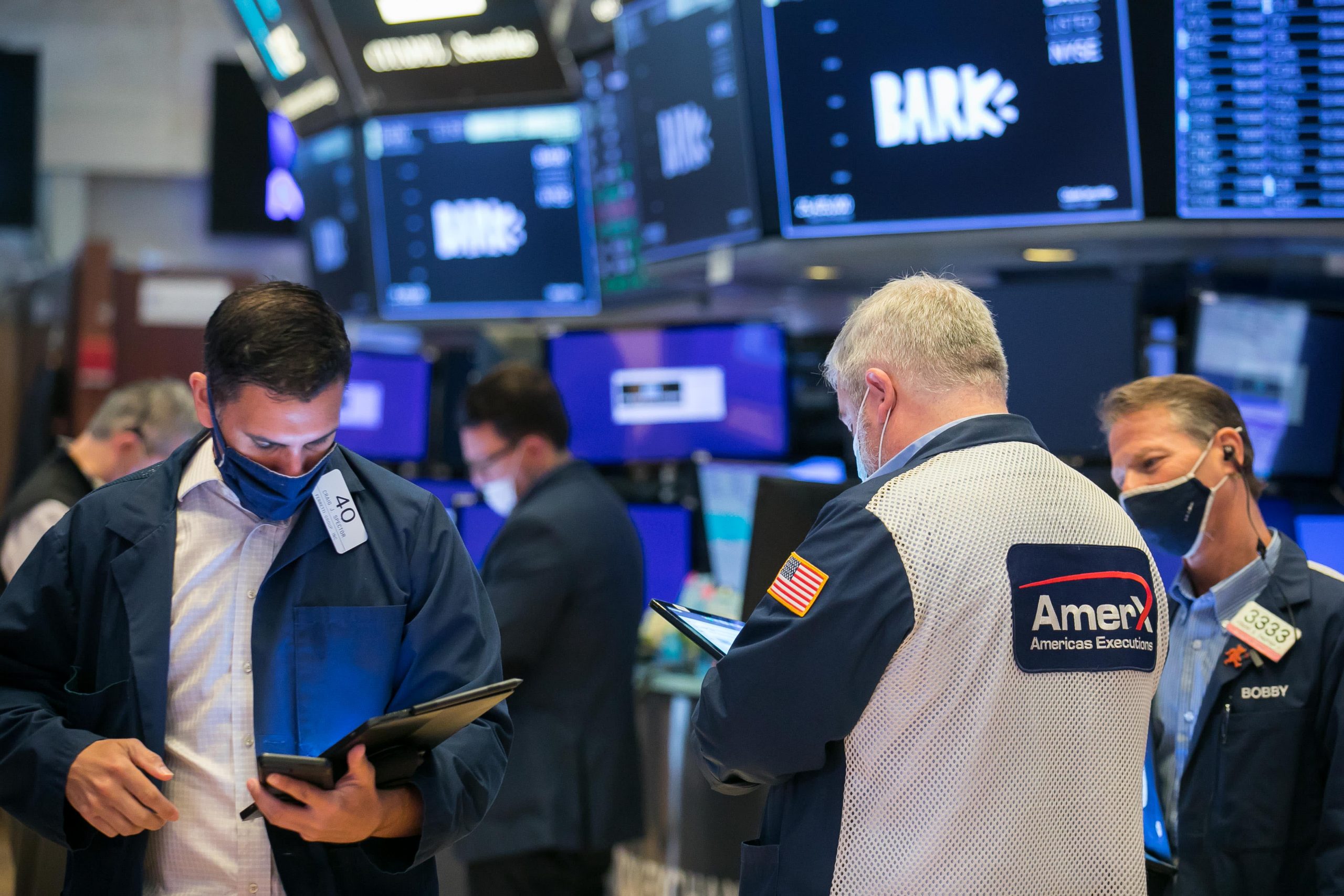 Here are the most important news, trends and analysis that investors need to start their trading day:1. AMC mania captivates Wall Street, company to sell more sharesTraders at the New York Stock Exchange, June 2, 2021.Source: NYSEU.S. stock futures fell Thursday after another muted day in the broader market belied the incredible trading in meme stock AMC Entertainment. In premarket trading, AMC initially jumped 20%, before going back and forth between much smaller gains and losses, after the movie theater chain filed to sell 11.55 million shares “from time to time.” AMC shares skyrocketed 95% on Wednesday, bringing their year-to-date gains to more than 2,800%.Focusing on the link between inflationary pressures and the reopening of U.S. businesses after Covid, the Dow Jones Industrial Average, S&P 500 and Nasdaq posted modest gains Wednesday. The Dow and S&P 500 were within 1% of their May record closes, while the Nasdaq was 2.7% away from its late April record close. However, on Thursday, Dow futures dropped about 250 points, or more than 0.7%. S&P futures saw similar declines. Nasdaq futures fell over 1%.2. Short sellers of AMC shares lost $2.8 billion in one dayMovie poster of current offerings are displayed on the front of an AMC theater on June 01, 2021 in Chicago, Illinois. Mudrick Capital has agreed to purchase 8.5 million share of the theater chain for $230.5 million.Scott Olson | Getty ImagesThe Reddit-fueled retail trader war on those betting against AMC, similar to January’s GameStop mania, cost short sellers $2.8 billion on Wednesday alone, according to S3 Partners. About 18% of the AMC shares available for trading were still sold short through Wednesday. Most Wall Street analysts still believe AMC shares will plummet eventually. The average 12-month target price was $5.11, according to FactSet. AMC closed out 2020 at $2.12 per share.3. Bond yields inch higher ahead of jobless claimsA sign advertising job openings is seen outside of a Starbucks in Manhattan, New York City, New York, U.S., May 26, 2021.Andrew Kelly | ReutersThe 10-year Treasury yield ticked higher to around 1.6% ahead Thursday’s jobless claims data. The weekly report at 8:30 a.m. ET is expected to show a drop in initial claims to 393,000, which would be a new pandemic-era low. ADP on Thursday morning said private sector jobs grew by a much larger than expected 978,000 positions in May. The government releases its May employment report on Friday. The ADP report during Covid has been a poor indicator of what the Labor Department’s numbers might show.4. Largest meat producer getting back online after cyberattackThe JBS meat placing plant is viewed in Plainwell, Michigan on June 2, 2021.Jeff Kowalsky | AFP | Getty ImagesBrazil’s JBS, the world’s largest meat processor, has resumed most production after a weekend cyberattack. However, experts warned that the vulnerabilities exposed by this breach and others are far from resolved. JBS blames hackers with ties to Russia. Last month, Colonial Pipeline, the largest U.S. fuel pipeline, paid ransomware demands after its operations were closed for nearly a week. Hackers with ties to Russia are also suspected in that attack. Following media reports Wednesday, New York City’s Metropolitan Transportation Authority acknowledged a cyberattack in late April with suspected ties to China.5. Activist firm Engine No. 1 claims third Exxon board seatA view of the Exxon Mobil refinery in Baytown, Texas.Jessica Rinaldi | ReutersEngine No. 1 has won a third board seat at Exxon. The upstart activist firm has been targeting the oil giant since December, pushing the company to shift its focus away from fossil fuels. Engine No. 1, which has a miniscule 0.02% stake in Exxon, nominated four directors ahead of the firms’ annual shareholder meeting at the end of May, a move that garnered support from major state pension funds. Last week’s vote followed months of back-and-forth between Engine No. 1 and Exxon.— The Associated Press contributed to this report. Follow all the market action like a pro on CNBC Pro. Get the latest on the pandemic with CNBC’s coronavirus coverage.