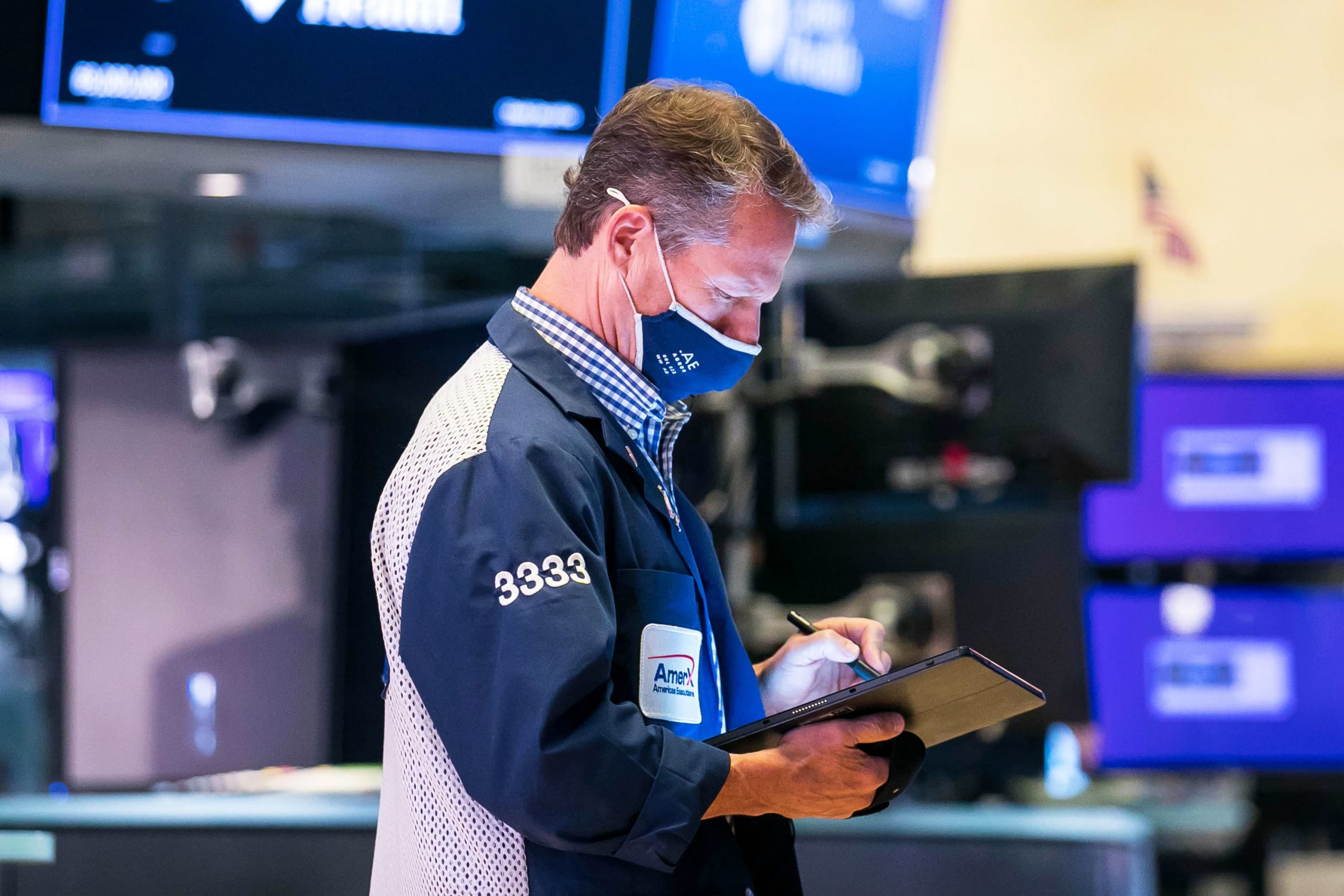 Here are the most important news, trends and analysis that investors need to start their trading day:1. S&P 500 finishes about 5 points away from May record closeA trader at the New York Stock Exchange, June 4, 2021.Source: NYSE2. New meme stock Clover Health is set to soar againClover Health featured at the NasdaqSource: NasdaqMeme stock mania was set to continue Wednesday with day traders focusing once again on Clover Health. The stock was up 22% in premarket trading following a nearly 86% rally Tuesday for a 146% surge since Friday’s close. Wendy’s, another name popular among Reddit traders, gained almost 26% on Tuesday. It was higher again in premarket trading Wednesday. Last week’s frenzy around AMC Entertainment died down a bit. Shares fell 5% in the premarket. After Wednesday’s closing bell, the original meme stock GameStop is set to report quarterly results. Shares rose in the premarket after closing up 7%. Emerging as a meme stock, Clean Energy Fuel soared 27% in Wednesday’s premarket.3. Biden to depart on first overseas trip after infrastructure talks stallU.S. President Joe Biden departs after speaking in the Eisenhower Executive Office Building in Washington, D.C., on Wednesday, June 2, 2021.Samuel Corum | Bloomberg | Getty ImagesPresident Joe Biden is set to leave Wednesday for the first overseas trip of his term. The first stop in his eight-day tour is in the United Kingdom. Biden’s trip ends next week with a summit with Russian President Vladimir Putin. Biden’s departure comes one day after he ended infrastructure talks with a group of GOP senators. He started to reach out to senators from both parties in a new effort to forge a bipartisan compromise, setting a summer deadline for Congress to pass legislation. However, Democrats were also laying the groundwork to pass some or all of the infrastructure package on their own.4. Senate passes $250 billion bipartisan tech and manufacturing billA worker at the photolithography section of a semiconductor plant of the Mikron Group in Zelenograd, Moscow.Anton Novoderezhkin | TASS | Getty ImagesIn the coming weeks, the House is expected to take up a bipartisan $250 billion tech and manufacturing bill passed by the closely divided Senate on Tuesday. The measure includes $52 billion to fund semiconductor research, design and manufacturing initiatives. Biden applauded the bill’s passage as the White House ramps up its own recommendations on how to secure American supply chains that run through China and how to counteract Beijing’s geopolitical ambitions.5. Bitcoin bounces after El Salvador adopts it as legal tenderA man works on a laptop at a Bitcoin training facility. Salvadoran President Nayib Bukele has announced that he will propose a law to the Congress, where his party controls a majority, for Bitcoin to become legal tender.Camilo Freedman | LightRocket | Getty ImagesOne day after falling to a three-week low, bitcoin rose 5% to more than $35,400 on Wednesday. Adding support, El Salvador became the first country to adopt bitcoin as legal tender. Prices in El Salvador can now be shown in bitcoin, tax contributions can be paid with the digital currency, and exchanges in bitcoin will not be subject to capital gains tax there. El Salvador’s current official currency is the U.S. dollar. It’s still unclear how El Salvador will ultimately roll out bitcoin as legal tender.— The Associated Press and Reuters contributed to this report. Follow all the market action like a pro on CNBC Pro. Get the latest on the pandemic with CNBC’s coronavirus coverage.