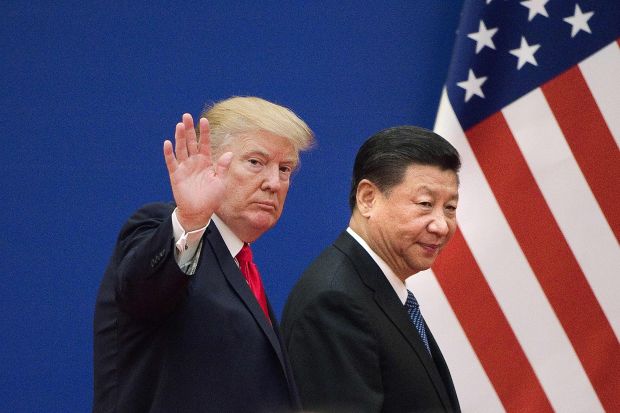 The last week was not easy for global markets. China reduced its expected growth level, while the OECD reduced its global forecast. Fears are growing that the recent economic slowdown will be longer, although the expectations of a recession are still very small.

There was also two significant news:

a) the annual employment rate recently published in the United States was considered the weakest one;

b) statistics on Chinese exports, showing its decline.

In this situation, it is obvious that the United States and China have to regulate their trade dispute.

This week the main news for all stock markets will be expectations over a trade deal between the US and China. Last week, Fox News reported that President Xi Jinping had removed a pre-planned trip to Mar-a-Lago (Florida) from the official calendar. It can be perceived as a sign that the trade deal is still very far away. Beijing wants to hold a summit between the leaders more as a part of the signing ceremony than the final round of negotiation. Donald Trump’s economic adviser Larry Kudlow, said that Donald Trump and Xi Jinping might meet later this month. However, Chinese officials are concerned that the bilateral meeting might end without a trade deal.

The US financial market is discussing China’s possible willingness to reduce duties on US products in the agricultural, chemical and automotive industries. The United States can cancel most of the sanctions imposed on goods from China instead.

The growing rumors about the postponement of US-China deal is a negative catalyst for Asian markets this week, especially considering weak macro statistics from China. According to it, exports reduced by 20.7% in February, and imports – by 5.2%.

There are also concerns about a decline in global oil demand, which is associated with a slowdown in economic growth in China. Consequently, US-China trade tensions limit Asian markets.

Currently, analysts exclude the most negative scenario, expecting the end of a trade war. The risks of trade wars are slowly removing from the agenda, leaving investors with internal national data.

Media marketplace ‘has never been this dynamic’
To Top
error: Content is protected !!
Top