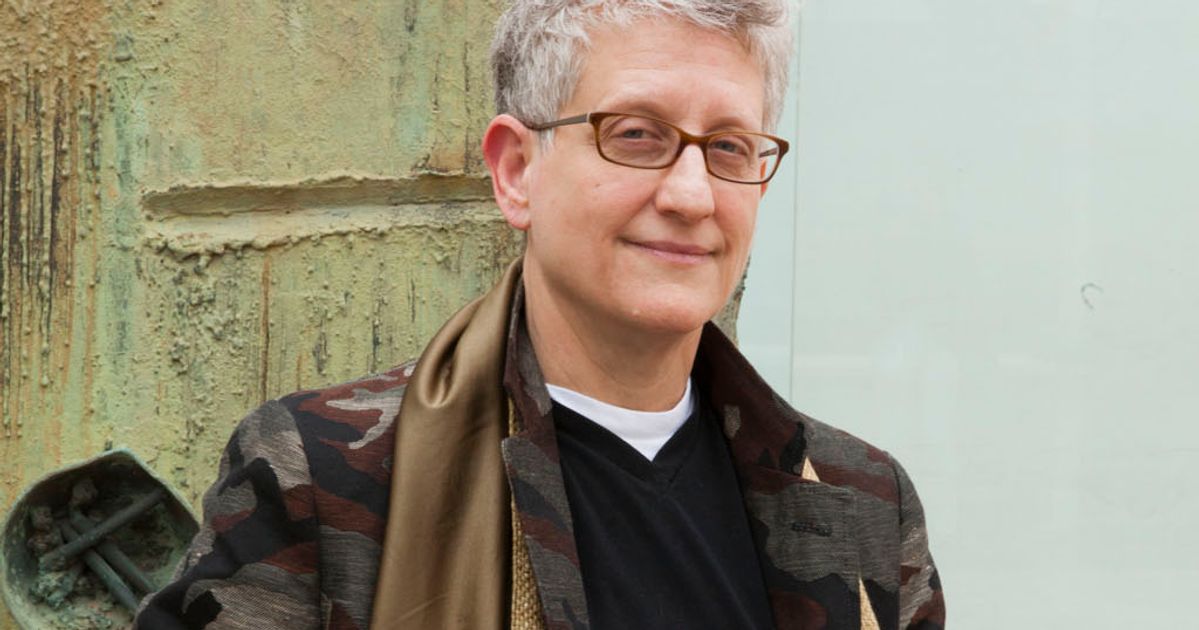 In the third episode of this series of A brush with…, Ben Luke speaks to the New York-based artist Roni Horn about the art, music, literature and cultural experiences that influence her work. She discusses her childhood affinity with Marcel Duchamp, her love of jazz and soul music and her collaborative friendship with the late artist Felix Gonzalez-Torres. Born in New York in 1955, Horn trained at the Rhode Island School of Design before graduating from the Yale School of Art. While her work encompasses drawing, photography, installation and the artist book, Horn is arguably best known for sculpture, such as her large pieces of cast glass, usually executed in a single colour. These often have frosted, polished outer layers creating a deliciously opaque surface, which allows these solid structures to take on the uncertain qualities of a liquid, absorbing the light of their space and reflecting the movement of our own bodies. Throughout Horn’s diverse oeuvre exists the unifying theme of a constant sense of flux. The form and the meaning of her work is mutable and our role as the viewer in interpreting and experiencing it is vital. While formally, Horn’s work has much in common with Minimalism, she actually describes her work as critical of it, most crucially in that she embraces metaphorical and symbolic interpretation. Much of her work makes direct references to literature by Emily Dickinson and Edgar Allen Poe, as well as to her androgynous identity. We speak to Horn as she is about to publish a new book Island Zombie: Iceland Writings in which she takes us deep into the landscape of the Iceland, a place which fascinates her and has inspired much of her work. A brush with… series 2 runs from 2 December-3 February 2021 with episodes released on Wednesdays. You can download and subscribe to the podcast here. This episode is sponsored by Bloomberg Connects.

Roni Horn on… her love of Iceland”There’s a very common story told about Iceland, that they had a lot of churches, but not a lot of religion. What they had is a lot of awe, because the landscape is awesome. And not just in a monumental way. It’s more to do with that you’re often in situations where you really aren’t clear whether something is a manmade folly, or a practical joke, or a purposeful architectural element. And in fact, it’s all organic, and that was so striking to me. Iceland’s geology often exists in this ambiguous place.”

… Aspheres and androgyny”A friend of mine once said to me: ‘Roni, the Asphere (1988-89) is something that becomes less familiar the more time I spend with it.’ And I was so happy about that paradox. It seemed to go to the core of many things that I’m questioning or looking at in my work. 90% of the audience believes [the work] is a ball. And they call it ‘a sphere’, two words, even Google corrects me. But it is a term that’s used in optics, an aspherical lens meaning ‘not symmetrical’ in one axis. But the idea of androgyny has always been part of my life from as early as I can remember, I think a lot to do with my name. But I think it’s more than that, I think I was born this way, like my gender is none of your fucking business.”

Roni Horn, Gold Mats, Paired for Ross and Felix (1994)
Courtesy of Hauser and Wirth. © The artist.

… her friendship with Felix Gonzalez-Torres”He was he was ill when I met him but he was in good shape. And then it kind of started to move in a direction. And he called me one evening and asked me if I would speak at his memorial. […] When we hung up, I understood that he had decided he wasn’t going to do chemotherapy. So I guess his doctors had said: ‘Okay, now either you’re going to do it, or it’s going to go this way.’ This is what I put together in the aftermath of that conversation. But it inspired this idea of the paired gold mats for him and [his boyfriend Ross Laycock]. And you know, it’s a shoe-in for me because the idea of pairing was already so big a part of my language, but I also love the light in between that work [Gold Mats, Paired for Ross and Felix (1994)]. I just thought: that is perfect for Felix.’ […] There are certain artists you meet that you just think raise the level and potential for human experience in a way that is irreversible. He is definitely one of them.”

Roni Horn, How Dickinson Stayed Home (1993)
Courtesy of Hauser and Wirth. © The artist.

… her greatest literary influences”There’s something about the transparency of Emily Dickinson’s language that is really remarkable […] She is known for her first lines […] which became a way for me to enter the work. They became a kind of ‘cue’, like a reference point, a direction, a necessary tool in itself. […] There are a lot of examples where she’s stating facts that nobody ever pays attention to, so what I did was I culled out those first lines that were basically statements […] like: ‘Dust is the only secret.’ It’s like, well, what more can you say? I mean, that’s accurate!. […] I love the idea that by installing [How Dickenson Stayed Home (1993)] as a full room installation that you would walk among [these words] and have an actual experience in time, in your life that is a metaphor for where that came from.”

… Robert Irwin’s 1977 exhibition at the Whitney Museum in New York”I walked up onto that fourth floor room and there was fucking nothing in it. It was just like, empty. And I didn’t really know Irwin’s work. I was just checking it out and I was walking across the room and this little thing brushed my forehead. And, of course, that was the scrim. And that was quite a wonderful experience. Not just that this artist had this idea, but that the museum understood it. And that was just an amazing commitment to what is like 7,000 sq. ft of empty. It really made everything about the experience in that moment more acute.”

Roni Horn, Untitled (“The peacock likes to sit on gates or fenceposts and allow his tail to hang down. A peacock on a fencepost is a superb sight. Six or seven peacocks on a gate is beyond description, but it is not very good for the gate. Our fenceposts tend to lean and all our gates open diagonally.”) (2013)
Courtesy of Hauser and Wirth. © The artist.

… titling her work”I just take quotes I’ve collected over the years. There’s no connection. I learned from Richard Serra early on about titles and how they can be so intimate and influential and have nothing to do with the work. It’s fine! It takes nothing to read it and maybe you had a good experience with it. Right? So that’s the way I’ve titled my work over the years. It’s a bit about sharing something beautiful. A quotation is a hard thing to share because the context will brush off on a work and change it. So with a title, if you can accept that it’s not really related to the work, it’s just about itself, then that’s a perfect place to put it.”

… Icelandic glaciers and her work Library of Water (2003-2007)”Iceland is nothing if not water. It’s like the human body. It’s 99% water. So you’ve got the freshwater, you’ve got the glacial water—and glaciers separate—and then you’ve got hot water, which is pretty impressive stuff too. The water I settled on [for Library of Water] was ice from a glacier with all of its impurities from tens of thousands of years ago—old water. I did it because glacial water was the most finite source of water in Iceland, it was almost arbitrary in a sense. Rather than having to pick this river over that river—how the fuck am I going to do that?—it was real easy for me to take water from the major glaciers. […] I knew that it would be taken as an environmental statement and I was perfectly happy with that. There are three glaciers that now are gone: the water’s there, but the glaciers aren’t and it’s very poignant to be there without the glacier now when I go to visit that work.”

… her favourite musicians to listen to”Kanye West was fucking good when he was good.”

1006 Untitled (FLANNERY)
Courtesy of Hauser and Wirth. © The artist.

… what art is for”Are you talking about for the artist or for the audience? I’m not sure that it would be the same thing. For myself, it’s everything from provocation to education, enlightenment, survival, entertainment and pleasure. I’ve never thought that I would be good at anything else. I have a lot of space in my head, you can put me alone in a room for the next year, I venture, and I wouldn’t have a problem with it. Because I’m always self-entertaining or self-engaging. And art is a wonderful answer for me in terms of leaving evidence of myself or being a witness. A lot about being an artist for me is being a witness.”• Roni Horn, Recent Work is at Hauser & Wirth, New York, 22nd Street, 18 February – 10 April.

Museum of Fine Arts Boston and other US institutions announce a second wave of pandemic closures
Remembering Ian Jenkins, a scholar and British Museum curator who enriched all who met him with his passion for classical Greece
To Top
error: Content is protected !!
Top