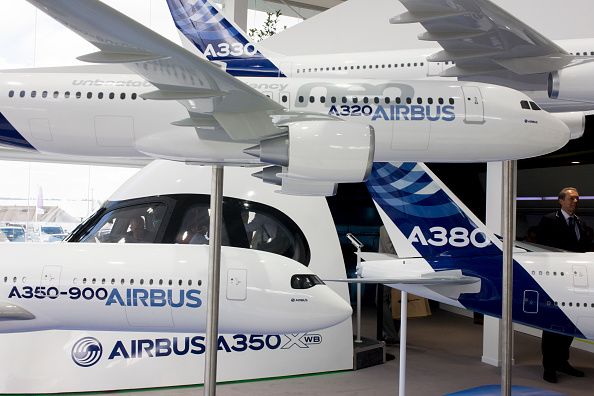 Airbus exhibition stand showing Airliner fleet of A350, A380, A320 and A330 at the Farnborough Air Show, England.

Airbus has issued a warning about any escalation of the dispute over aircraft subsidies between the U.S. and the European Union, saying proposed tit-for-tat tariffs will hit the supply chain and the consumer.

The U.S. and the EU have threatened billions of dollars’ worth of tariffs be imposed on goods including aircraft, the latest step in a long-running transatlantic dispute at the World Trade Organization.

“What would immediately happen would be retaliation, trade barriers going up, the price of airplane increases, which means airlines have higher costs which they then pass on to the consumer, and then everything slows down.”

Speaking with CNBC’s Chery Kang on the sidelines of the annual IATA General Meeting, Scherer added that the company’s predominantly American-based supply chain would be hurt by the ripple effect of the tariffs, with around 40% of all aircraft-related procurement coming from the United States.

U.S. President Trump last month said his administration would move ahead with tariffs on $11 billion worth of goods, with the USTR claiming the subsidies provided by the European Union to Airbus have adversely affected the United States.

Airbus has been calling for an end to the long-running dispute, saying that the escalation will create a lose-lose situation for both Airbus and its U.S. competitor Boeing.

“This recent move by our colleagues in America calls for concern, and again not just for Airbus, or Airbus and Boeing, those stand to be in a lose-lose position if this goes through, but for the whole ecosystem, the whole supply chain, largely American, and the consumer at large,” Scherer said.

Speaking about the upcoming exit of the United Kingdom from the European Union, Scherer says that Airbus can weather Brexit but has its contingencies in preparation for changes to customs and regulation.

“What that means is we have to anticipate that, maybe make some buffer stocks, maybe make arrangements to pre-position parts, sub assembly, so we are not impacted by a potential slowdown in the traffic of goods or people.”

Scherer adds that Brexit, while creating a new barrier to trade, will result in higher costs through the business and its ecosystem.

10 Star Wars planets and moons you can visit right here on Earth
Fewer Americans are drinking alcohol—so bars and brewers are adapting
To Top
error: Content is protected !!
Top