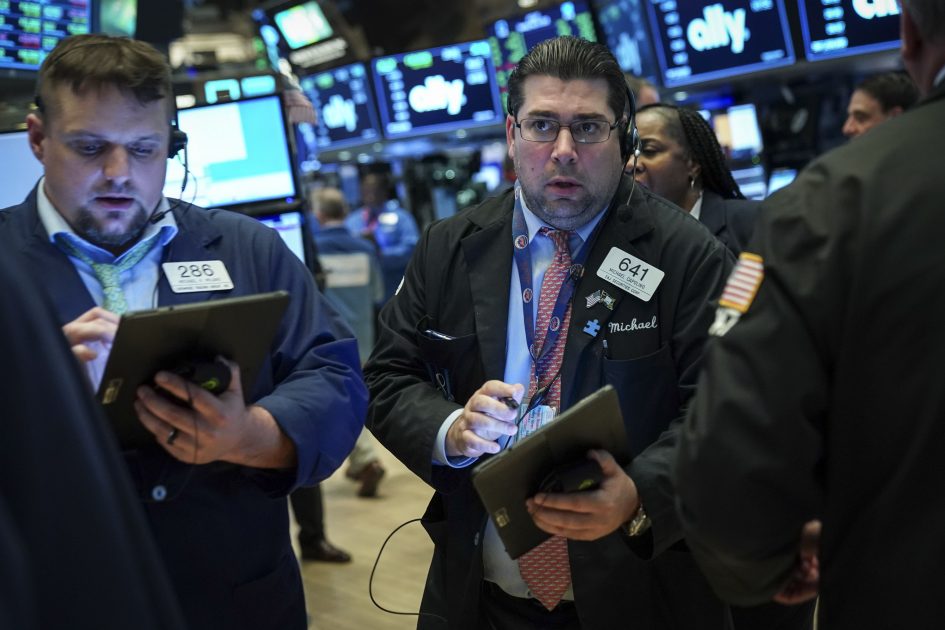 Allergan, Abbvie — Allergen jumped more than 26% after news that the pharmaceutical company would be bought by Chicago-based AbbVie. Investors sold off AbbVie as its shares fell more than 15%. The proposed deal is for $63 billion of cash and stock, excluding debt.

Microsoft — Shares of Microsoft dropped 2.5% after an analyst at Jefferies raised concern about the long-term success of the company’s cloud service, Azure, relative to Amazon Web Services (AWS). “Azure will likely never see margins similar to AWS at scale, and the long-term margin of even AWS may be lower than most expect,” the analyst said.

Lennar — Lennar shares slid more than 6% after the homebuilder warned of higher materials costs due to U.S. tariffs on Chinese imports. The company added the tariffs cost it about $500 per home.

GrubHub — GrubHub gained 5% after Citi upgraded of the food delivery service to “buy” from “neutral.” Citi said it sees a “more favorable ” opportunity for the stock to rise, citing improvement in the company’s delivery network “efficiencies” and possible partnerships with large chains.

GasLog — Shares of GasLog rose 4.4% after Stifel upgraded the natural gas transport company to “buy” from “hold,” citing expectations of rising revenue for natural gas shipping vessels in the back half of the year.

Pivotal Software — The software company’s stock fell 2.2% after an analyst at Bank of America/Merrill Lynch downgraded it to “underperform” from “neutral.” The analyst said Pivotal faces “industry and company specific headwinds.”