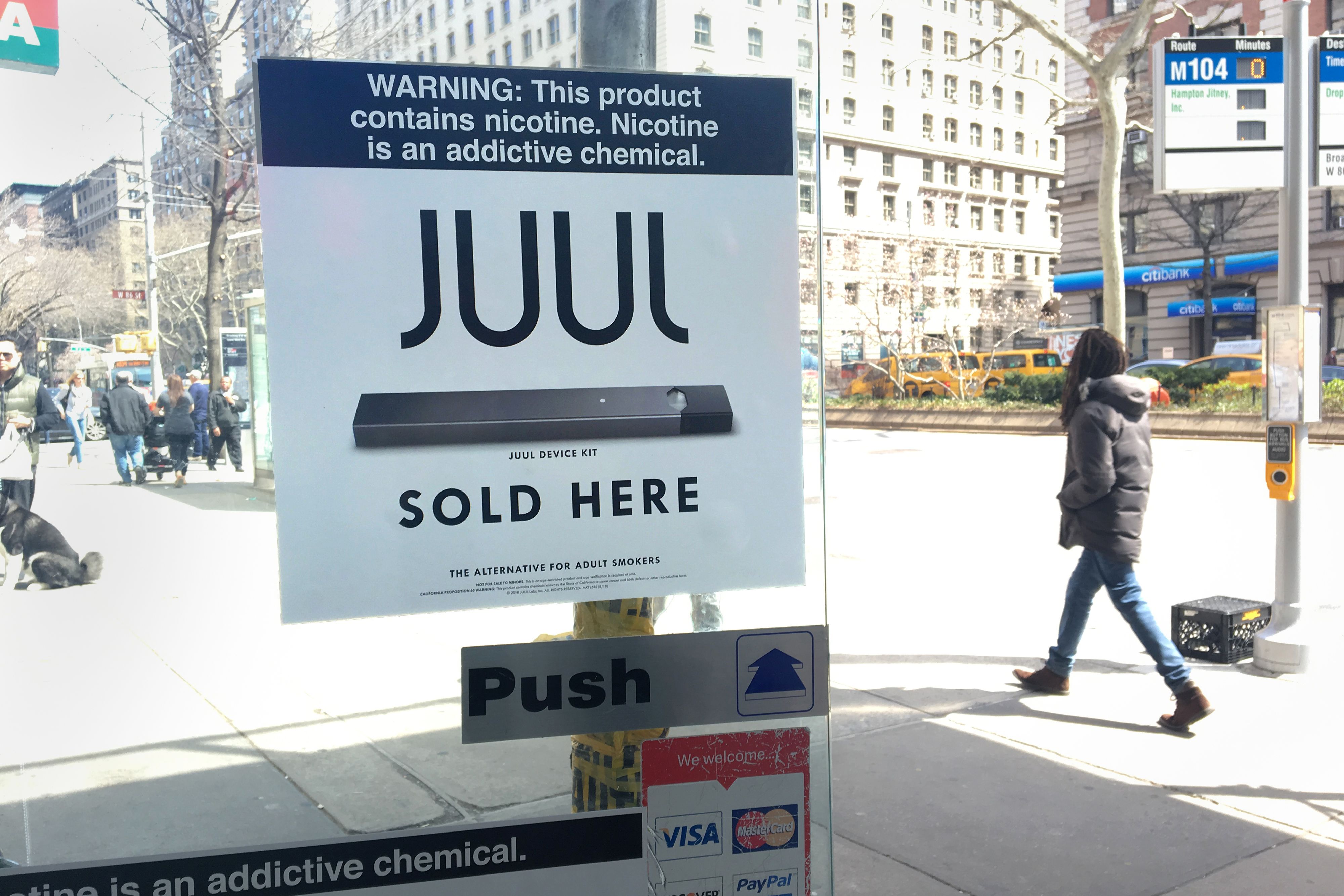 A pedestrian walks by an advertisement for JUUL on the door of a smoke shop in New York.

Analysts and investors worried Altria paid too much for its 35% stake in the company and very little say over its operations, especially with the e-cigarette giant facing regulatory scrutiny.

Willard on Thursday defended the terms of the deal, saying the e-cigarette market wasn’t growing much before Juul entered it. Altria’s own MarkTen products hardly gained traction, prompting Altria to stop selling them in the fall before signing the deal with Juul.

“I’m very pleased for the opportunity to make the investment and believe it will pay dividends down the road,” he told analysts.

Juul finds itself facing public and regulatory scrutiny from critics who say the company fueled a teen vaping “epidemic.” A number of lawsuits accuse Juul of intentionally hooking teens on nicotine, the Food and Drug Administration is investigating the company’s marketing practices and on Wednesday, the North Carolina Attorney General sued Juul.

“JUUL targeted young people as customers. As a result, vaping has become an epidemic among minors,” North Carolina Attorney General Josh Stein said in a statement. “JUUL’s business practices are not only reckless, they’re illegal. And I intend to put a stop to them. We cannot allow another generation of young people to become addicted to nicotine.”

Willard in response to a shareholder question on how Altria would make itself less vulnerable to Juul’s legal risks said Altria was aware of early litigation when he made the investment in Juul. He said Altria is committed to reducing youth e-cigarette use, including with its support of raising the minimum tobacco buying age to 21.

A judge on Wednesday ruled the Food and Drug Administration needs to start reviewing applications for e-cigarettes. Former FDA Commissioner Scott Gottlieb in 2017 pushed the deadline to 2022, though the FDA earlier this year said it would move that up to 2021.

Willard said Altria will study the decision and he expects the legal process to continue through the next few months or possibly even years with appeals.